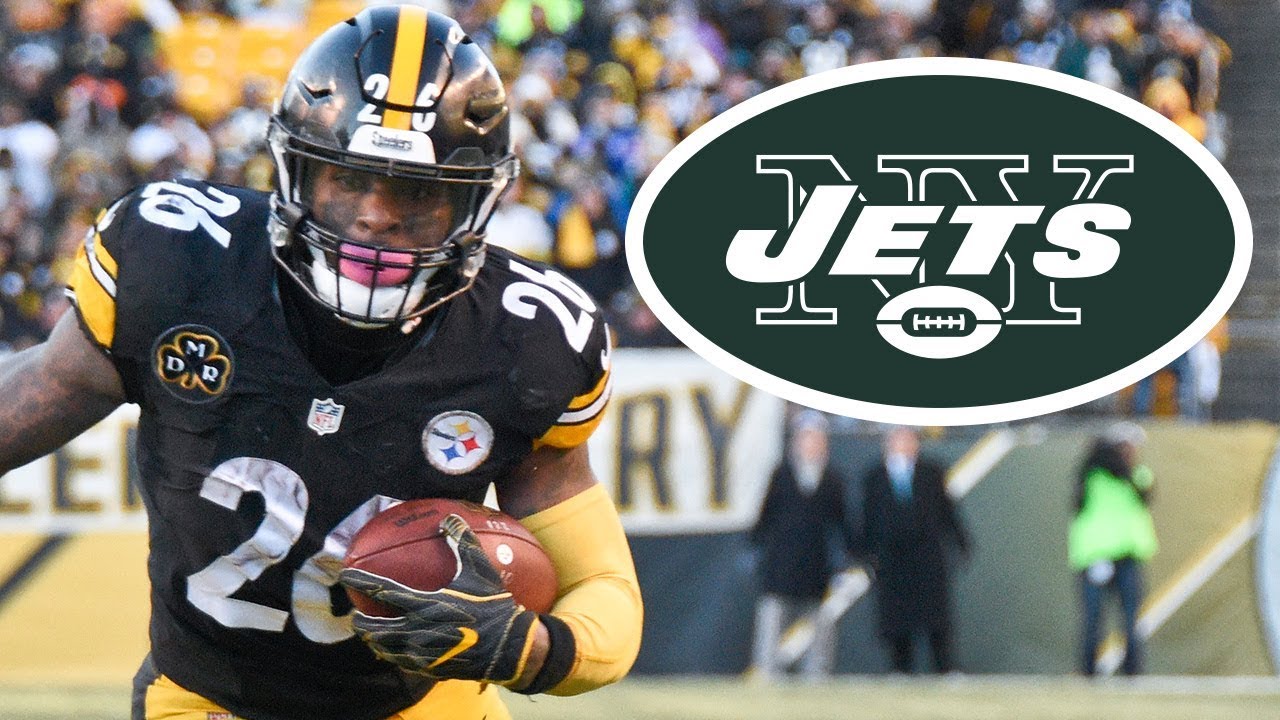 The biggest Free Agent of the 2019 crop is off the board as former Pittsburgh Steeler’s RB Le’Veon Bell has signed with the New York Jets. Bell and his agents were sure to immediately emphasize the amount of guaranteed money he received from the Jets in comparison to the offer he received last year from Pittsburgh. No matter what we as fans think of the landing spot and the decision to sit out an entire year, here at dynastynerds we are concerned with his potential dynasty and fantasy values. Bell as made his decision and will now be calling the Big Apple home for the foreseeable future let us dive into the landing spot.

Following a disappointing rookie season Le’Veon Bell went on to become one of the best RBs in the entire NFL. He was a dynamic weapon that was utilized in both the passing and running game.  He has truly been one of the best all-around RBs from an NFL and fantasy perspective. As you can see from his numbers below Bell made his presence felt all over the field for the Steelers.

As his numbers indicate Le’Veon Bell is a truly special players. It is a very rare occurrence indeed for a player of this caliber to reach the open market in his prime. Pittsburgh has already sought to replace their former All-Pro RB with a combination of James Conner and Jaylen Samuels. Let us take a look at how Bell will affect his new teammates.

QB: Bell’s new team the New York Jets are seeking to forge their identity around their young signal caller Sam Darnold. In signing Bell the Jets front office has armed Darnold with one of the best duel threat weapons in the game. Bell does not need to come off the field on 3rd down, goal line situations, or any other sub-package for that matter. He provides his new QB with arguably the best safety valve in the business. During the course of the 2018 season the Jets completed a total of 68 passes to the various RBs on the team including Crowell, Powell, McGuire, and Cannon. I would expect to see Le’Veon Bell exceed this total by himself as he has in each of his last two full seasons and 3 of his 5 overall. Sam Darnold should experience a sizable boost in production with the addition of his new backfield partner.

RB: Due to his overall talent and robust contract I would expect Lev Bell to also carry added value in points-per-carry leagues. In each of his healthy seasons in Pittsburgh Bell handled at least 261 carries per season. Bell has torpedoed the value of every one of his new RB teammates. At best his backups can expect to see a handful of touches each week. I would not be surprised to see the Jets jettison Crowell and Powell leaving only the young McGuire and Cannon as backups.

WR: Of all the needs the New York Jets went into the offseason with the WR position has received the least amount of attention from the front office. Sure they have resigned in house options like Quincy Enunwa but they have thus far failed to arm their young QB with a prototypical WR1. I would expect this glaring issue to be addressed in the upcoming draft. Whomever is playing WR will benefit from the added attention Bell draws in both the run and pass game.

TE: Last season the New York Jets found a possible diamond in the rough with 4th round pick Chris Herndon. It is quite rare for a rookie TE to come in and perform immediately. The former University of Miami product came in put up a respectable 39/502/4 stat line all while building solid chemistry with his fellow rookie QB. It is true that Herndon is facing league discipline over an off-field incident but when he returns the addition of Le’Veon Bell will likely make his job much easier as secondary’s will be forced to focus their attentions on Bell.

Conclusion: Throughout the entire off-season the New York Jets seemed like the eventual landing spot for superstar Le’Veon Bell. Sure we dynasty enthusiasts drooled about the possibility of Bell teaming up with Andrew Luck in Indianapolis but the Colts never seemed to return the same level of interest Bell showed them through social media. Going forward Le’Veon Bell will find himself the centerpiece of the Jets’ offense. He will be force-fed as many touches as he can handle. We can assume that a year away from the game has given his body a chance to rest up and prepare for the grueling workload ahead. The Jets boast a quality Offensive Line and will likely be able to clear some running lane for Bell who became accustomed to facing stacked boxes in Pittsburgh. The one area where Bell could potentially suffer has never been a strong suit of his. For as brilliant as his young career has been Le’Veon Bell has never been a major TD producer. He has only surpassed double digit scores twice in his career and each time it was a total of 11 scores. There will undoubtedly be challenges ahead in the Big Apple but I fully expect Bell to once again assume the mantle of an upper echelon RB1.