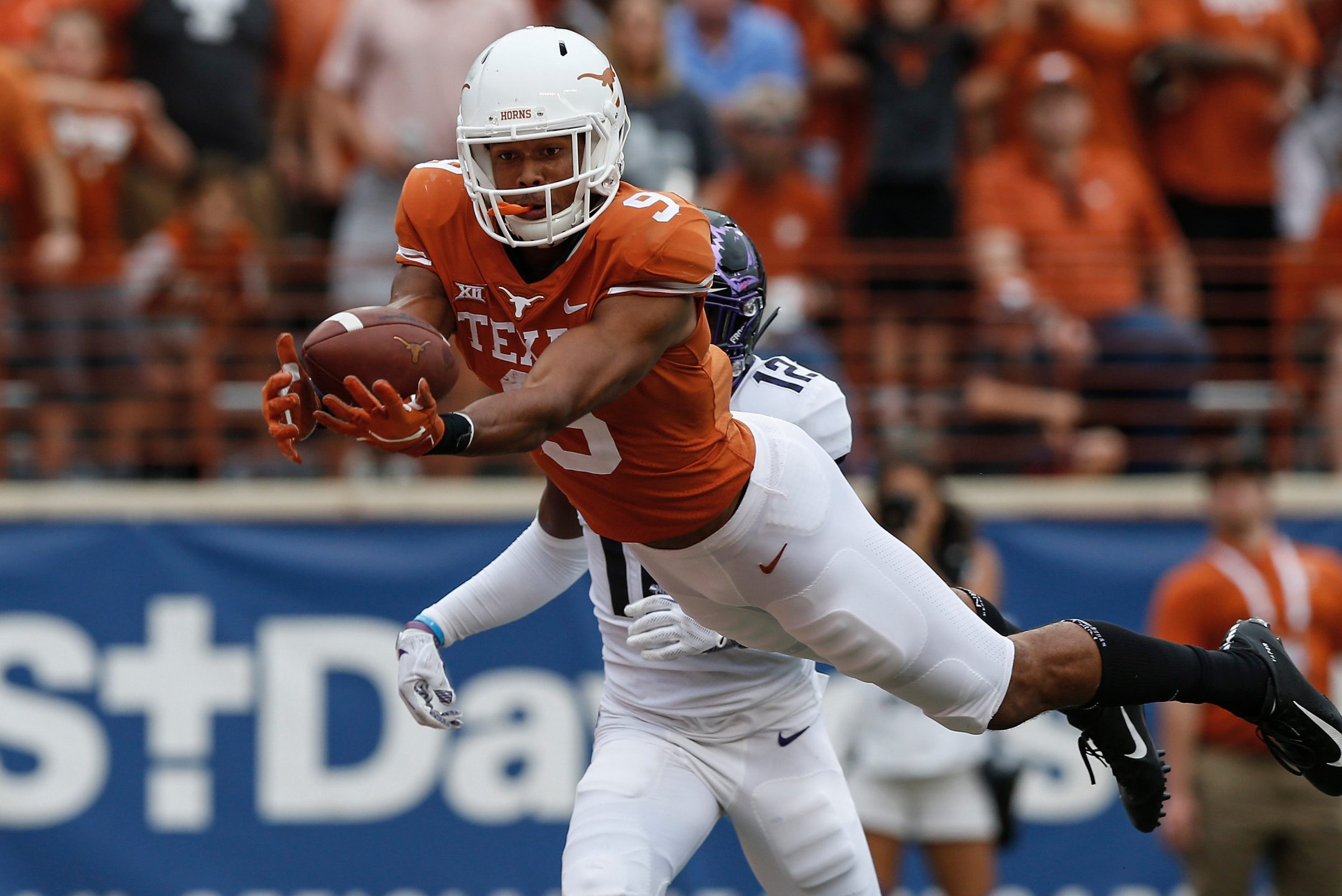 As draft season approaches, we have recently had the Senior Bowl to wet our whistle when it comes to some of the deeper talents in this class.

Specifically, many onlookers have called Collin Johnson utterly unguardable in practices and he’s greatly impressed with the wiggle in his routes for such a big man.

In terms of size, WR’s don’t really come too much bigger than Johnson. At 6’6”, 221-pounds, there are very few that can be compared to the Longhorns’ WR. His physique is very similar to that of Hakeem Butler (6’5” 227-pounds), who stood out in the pre-draft process last year.

Coming into the 2019 season, Johnson was a relatively well-known name as part of the Texas offense. In 2018, the behemoth of a man was Sam Ehlinger’s favorite target. As a junior, he carved out over 900 receiving yards and 9 TDs. After choosing to stay at Texas for his senior year, many thought the QB-WR duo could do major damage in the Big 12, particularly after Lil’Jordan Humphrey entered the draft the year prior. Ehlinger did have another strong year, however, the same couldn’t be said for Collin Johnson. Johnson struggled to overcome hamstring issues the entire year, which resulted in Devin Duvernay becoming the de facto WR1 in the offense. A breakdown of his college stats can be seen below:

Now, Johnson has received a combine invite and I’m sure he’s eager to prove to scouts that he’s over his talent woes and can be considered as a Day 2 selection; therefore, I’m happy to see him off to a good start as he has many positive traits.

Firstly, as you may have gathered from his Senior Bowl display so far, he’s quite agile and nimble for such a big guy. Usually, the stereotype with his build is that they lack the shiftiness to create separation or reel off explosive plays. That isn’t the case with Johnson. He has decent footwork and has the jukes to avoid tackles. Combine those with his strength and he’s extremely difficult for defenders to tackle.

Perhaps a little more fitting is the ability to high point the ball and catch it over a DB’s head. He’s simply a mismatch, as you likely would expect. Having said that, there can be more consistency in this manner. He makes fantastic catches that you can see below but can also be prone to miss judging the ball flight.

I also like his ability to control and adjust his body to make a catch. He seems quite coordinated for his size, and as soon as the ball is in his vicinity, he usually comes down with it.

Although the lanky WR has the size that he sometimes uses to his advantage, I’d like to see him use the size a little more, particularly in the run blocking phase. He clearly has the ability to physically overwhelm smaller DBs, but it’s almost like he prefers a finesse game, over a power one.

It is expected that he will run a 4.55 40-yard dash, so the speed and size will undoubtedly attract NFL teams. I think teams will be hoping that they can get a ‘mean bully’ mentality out of him. Encourage him to make DBs fear him.

When I initially began watching the tape, I was expecting that I would be left reveling for improved route running, but that he would impress me in terms of top-end speed. However, it was quite the opposite. His route running was better than I thought on all levels (underneath, intermediate, deep), but I was expecting to see more highlights of him pulling away from defenders. That may seem contradictory given his reported speed and many analysts liking his speed. However, he did seem a little sluggish in the open field, in my opinion. Granted, that may be attributed to his hamstring issues, equating to a lack of explosiveness, but I wanted to see him pull away a little more.

I currently expect Johnson’s ADP to sit towards the end of the 2nd round or early 3rd round in drafts. If he enters a high-volume offense though, I can see that rise to an early 2nd round pick. As an example, I’d be keen to see him on a team like the colts where he can provide an alternative to TY Hilton and Parris Campbell.