Conclusion Protocol: What We Learned In Week 1

Week 1 is in the books, and rookies were the talk of the league! Which ones can you still get, and for what price? 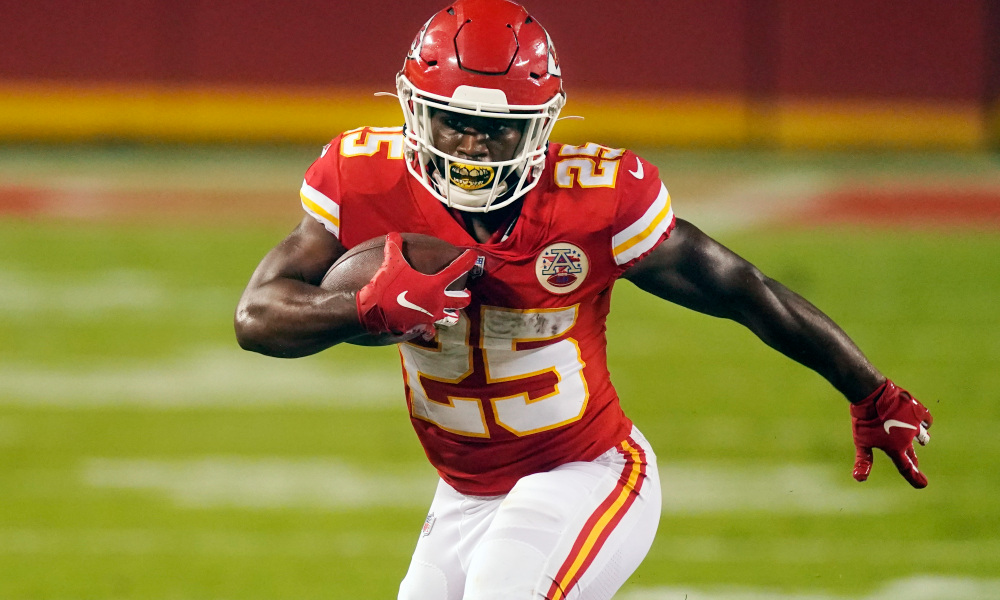 Normalcy. Today, along with Thursday night, was all about normalcy. There’s nothing like a good Week 1 of the NFL season to make life feel normal again.

Even leading up to this week felt weird. We knew football was coming, but there was no preseason. There was very little media representation of what was actually happening in practices or scrimmages. It didn’t hit me until midnight that football was ACTUALLY back.

There’s nothing I love more than seeing the barrage of midnight Adam Schefter tweets giving everyone a collection of player updates for the games to come. That’s when I knew football was here.

Anyways, back to football. For such a strange offseason, the football was surprisingly fluid on Sunday. Not an unusually high amount of penalties, or sloppy play; just good, solid football.

This was a highly anticipated rookie class, with many players going to some incredible situations to excel. Yes, I’m looking at you, young gentleman that played in red on Thursday night. So, let’s look at some of the good, the bad, and the ugly of dynasty prospects in Week 1 of the 2020 NFL season.

Obviously, your buy-window has closed, sealed, and boarded. Our very own “Dynasty Kyle” ran a Twitter poll after Thursday’s game, and well, his stock really couldn’t be higher:

Everyone and their mother watching him on Thursday Night look like an aged veteran while dismantling the Houston defense. As a result, he is now the consensus RB3 in dynasty.

To put it into perspective, his redraft ADP this season was 14.0 (RB9). Only one rookie running back had a higher rookie redraft ADP: Saquon Barkley in 2018 (RB6, 7 overall). His ceiling is undeniable, but the floor is so incredibly high for a rookie. He is the absolutely perfect fit in Kansas City, and Edwards-Helaire, and the offensive genius of Andy Reid, put that on display in the season’s first game.

Jeudy looked fantastic in Monday Night’s loss to Tennessee. All reports indicated he was the most “NFL-ready” wideout in the 2020 class, and he put that on display with a veteran-like route tree.

It must be an Alabama thing, as a lot of their receivers are touted as exceptional route runners; and add Jeudy to the list that already includes the likes of Amari Cooper and Julio Jones.

Put this chart alongside of JuJu Smith-Schuster, and compare the differences.

JuJu had the superior fantasy day, thanks to the touchdown receptions. However, he literally ran two different routes the entire night. Could be the scheme, or could be the fact that Jeudy is just an exceptional route runner and is an outlier in the category.

If his connection with Drew Lock continues to grow, the sky is the limit for Jerry Jeudy.

If you were watching the same game I was, you’d know why Snell is on this list. By no means am I going to say he’s now a top-10 back in the NFL, but what I will say is, he’s the best back on the Steelers.

Granted, we now know James Conner was dealing with an injury, but this has become a common theme with Conner, and Snell took full advantage of his opportunity on Monday night.

He was running hard and with conviction and decisiveness against a very solid Giants defensive line. With Conner’s injury history and the simple eye test, I find it hard to believe that he’s not going to be the lead guy moving forward until Pittsburgh is proven otherwise.

Yuck. Odell Beckham, Jr. has had a rough go since being traded to Cleveland Browns before last season, and that didn’t change on Sunday. Three catches on ten targets, for just 22 yards. Again, yuck.

Granted, I honestly believe this has just as much to do with Baker Mayfield as it does OBJ, but neither are going anywhere anytime soon. Mayfield has been surprisingly inaccurate over the past 17 games, and Beckham has suffered from that. He could’ve easily had six-seven catches and 80 yards this week if the passes thrown his way were more catchable.

Nevertheless, the last couple of years haven’t been great for Beckham’s mental strength, and I truly believe he’s never really going to live up to the talent and ability he showed in his first four seasons with New York.

His trade (and name) value is suffering, but I’m sprinting to the opportunity if I could get a decent return for him. If, somehow, you can manage to get a 1st round pick back, do it.

We knew JK Dobbins would eventually take Ingram’s job. We just didn’t know it would only take 20 minutes of football.

I still believe Ingram has some redraft value for this season, but for dynasty purposes, move on if you can. The writing was on the wall when Dobbins was drafted, but if there’s a desperate team in your league looking to win right now before their team gets blown up, reach out to them.

Ingram will still get some work. I mean, let’s face it, Dobbins IS a rookie. But, I firmly believe Dobbins will be the lead back for all three downs very quickly.

As always, feel free to follow me on Twitter @joebutter_ where I’m always around to answer questions and talk shop! Have you tried the DynastyGM tool? New updates are being added all the time. For the price of a cup of coffee you can see how your team measures up against your league, find a trade partner, and more. Enjoy seamless integration with MFL, Fleaflicker, Sleeper, as well as manual input for other platforms.