Conclusion Protocol: What We Learned In Week 12

The ultimate boom-or-bust fantasy week. Whose dynasty value rose, or fell, the most following their Week 12 performance? 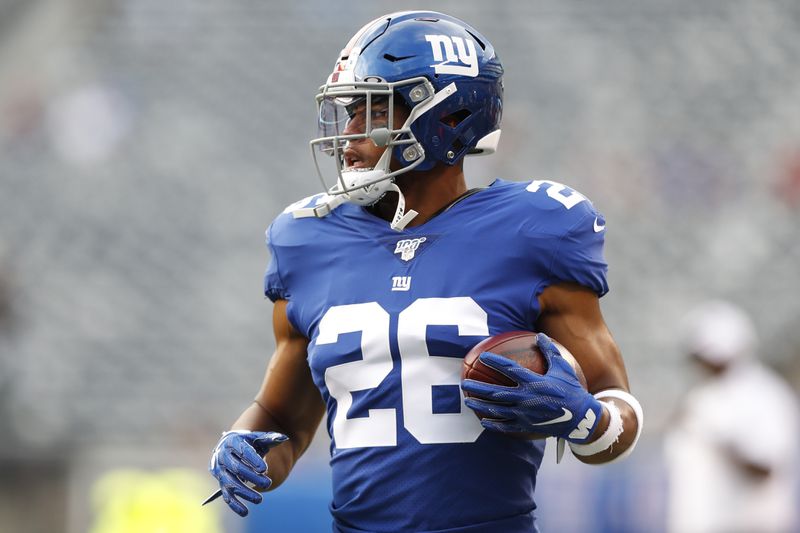 Boom-or-Bust week. We always have one. This year, it just so happened to occur in Week 12, a pivotal week in your playoff races. Let’s see how it affected the landscape of your dynasty leagues!

We had a few “coming-out” parties, and a few duds, for lack of a better term. One guy, we knew was talented, who was a high pick in virtually every rookie draft this offseason, but left us hanging for most of the season. Another guy, whose name flies under the radar, but is as solid as they come. There’s also a high-profile quarterback I’m selling, as quick as I can, for as much as I can before you can’t any longer.

Fantasy football giveth and fantasy football taketh away. Imagine fielding a lineup consisting of Russell Wilson, Saquon Barkley, Aaron Jones, Mike Evans, TY Hilton, Amari Cooper, and Vance McDonald. You’d be feeling pretty confident in your chances against, well, anyone. That star-studded group totaled just 34.2 PPR points for the week, or 3.2 points less than Chris Godwin’s 37.4. Yeah, it was that kind of week.

Without further ado, let’s get to my five biggest dynasty storylines of Week 12:

Well, ladies and gentlemen, the buy-low window has closed. It only took one toe-dragging grab in the endzone for fantasy owners everyone to rejoice! The majority of us that drafted Harry with the top few picks in this year’s rookie drafts have been waiting for this moment.

It turned out to be his only catch of the night, but it was a big one. That’s also eight targets in two games back for Harry, which is also a promising sign. Consistent targets while being gradually worked back into the offense; an offense, mind you, that is in desperate need of a spark down the stretch. These aren’t your slightly older brother’s Patriots. This offense is struggling, carried to a 9-1 record by a dominant defense. N’Keal Harry can be that spark.

As I mentioned before, his buy-low window may be closed, but try. He was the WR1 coming out of Arizona State for a reason. Strong hands, great ball skills, a big body, and Tom Brady throws him the ball. Not to mention, his NFL comp as a prospect was Allen Robinson; not bad. Go get him if you can.

For those of you that are Lamar Jackson/Patrick Mahomes/Deshaun Watson/Russell Wilson owners, look away; this doesn’t pertain to you. For the rest of you that don’t have a bonafide MVP candidate as your weekly starting quarterback, throw a few feelers out there to check the value on Josh Allen.

Quietly, he’s been about as consistent as they come from a lower-tier of fantasy quarterbacks. He’s not flashy, he’s not gunning for a league MVP, so he’s often overlooked. But, he’s solid. With the rushing ability that creates a solid floor, he has the ability to be a mainstay as a QB1 with a little more offensive help around him.

Sure, John Brown was a big addition; and Cole Beasley is, well, Cole Beasley. But, if they can add a legitimate go-to receiver that can provide a comfort blanket for Allen, along with the expected development of rookie running back Devin Singletary, he could jump into the top-6 dynasty quarterback territory.

He was the QB1 over the final six weeks of 2018, and the QB5 so far in 2019; not bad for someone that’s stuck in Buffalo, and was supposedly the odd-man out of the coveted 2018 quarterback class. It may not take much to get him, even now with how successful he’s been. It’s possible, or even likely, that the team that has him hasn’t even been playing him regularly. Put the feelers out, you may be surprised how little you have to give up in order to obtain Josh Allen.

Ok, hear me out here before you shout at me. Owners are worried. I know this because one of them is a league of mine. You can blame the injury, and some (most) will, but there are bigger issues here.

The Giants’ offensive line is atrocious. The weapons on the outside, Sterling Shepard and Evan Engram, simply cannot stay on the field. Golden Tate is fine, but he doesn’t scare a defense. Frankly, neither does Shepard but he presents more of a downfield threat than Tate. Besides that, Daniel Jones simply doesn’t use Barkley in the passing game as Eli Manning did. Is it injury, is it lack of time to get through the reads before leaning back on the running back in the flat, we don’t know. Whatever it is, it has some Barkley owners worried.

The stats are worrisome. Since returning from injury in Week 7, he’s the RB15 in half PPR formats. While that doesn’t seem bad, it is when you’re talking about a Saquon Barkley. Now, in Weeks 1-2, he was the RB5. Call it health, call it Eli Manning, that’s up to you. I think it’s a little of both, with team implosion to add the cherry on top.

Buy. Him. Nobody is suggesting you could get him for David Montgomery. It will still cost you, but it won’t cost you what it would before the season. A lot of dynasty players are shaking at the knees waiting for this 2020 draft class. You may be able to throw a first on top of a Mark Ingram, or Phillip Lindsay to get him. You may even be able to get him for an Aaron Jones or Josh Jacobs. Try it. He would still be the RB1 in a very, very deep 2020 running back class. He will still be the RB2-4 in 2020 re-draft leagues. If you’re not asking the owner about Barkley, you’re doing it wrong.

Time to sell. Yes, I’m telling you to sell the most gifted passer I’ve, personally, ever seen. He may not be the most decorated quarterback, far from it; but his arm talent is unmatched. However, now’s the time to sell.

In four games since Week 8, he’s the QB20. Head Coach Matt LeFleur has finally come to the realization (the same realization that Mike McCarthy seemingly could never figure out) that Aaron Jones is very good. This is no longer going to be an offense that allows Rodgers to sling it around all over the field, throwing 40+ times a game. This has become a much more balanced offense, and the Packers should benefit from that. Aaron Rodgers’ fantasy value, however, will not.

Sell him before the value plummets. He probably still has another few “solid” seasons ahead of him, but he is being lapped in the fantasy world. The new-aged quarterbacks are taking over and leaving traditional, pocket passing quarterbacks in their wakes.

As you can see, Aaron Rodgers is having a solid season, sitting at QB8. However, he is being lapped in the rushing category, which has become the new craze in fantasy quarterbacking, and it’s hard to dispute. Only one of the top-10 QBs has carried for fewer yards, and two have fewer carries (including Patrick Mahomes who has played two fewer games but carries a significantly higher PPG total than Rodgers).

He’s still Aaron Rodgers, and the name should still carry value. I’m sure the Josh Allen wouldn’t be hard to convince into sending Allen+ for Rodgers, especially if they’re in a competitive window now. Name value still holds weight, especially among the average, run-of-the-mill fantasy player.

As always, you can find me @joebuttgereit on Twitter, where I’m always willing to answer any start/sit questions, or just talk shop!