Conclusion Protocol: What We Learned in Week 7

This was a confusing fantasy football week. But, there were many dynasty implications. @joebuttgeriet dives into what we learned! 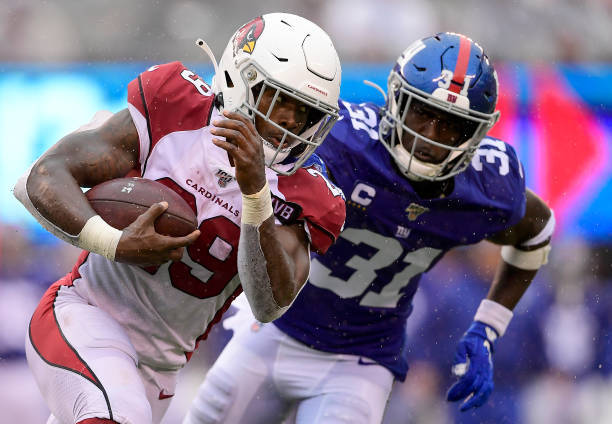 Week 7 was a very interesting week for fantasy football. A lot of surprisingly low scores from some of football’s best players, in very favorable matchups; while also providing surprisingly high scores from unexpected sources. Marvin Jones, I’m looking right at you, buddy.

There were quite a few instances from this week that may affect the way you manage your dynasty team. For one, if I’m a David Johnson owner, I am scurrying to acquire Chase Edmonds as quickly as possible. It’s only a matter of time before this is a healthy 50/50 backfield, or worse for DJ.
But without climbing too deep in the intro, let’s dive into the games.

Jared Goff can still play quarterback, even if it is against the Falcons defense. He stood out to me in this game, which may wind up being a “get right” game against one of the league’s worst pass defenses. Next week, they host the Bengals and their horrid pass defense before they have a bye in Week 9. After the bye, it’s @PIT, vsCHI, vsBAL, @ARI, vsSEA, @DAL, @SF before finishing up with the Cardinals at home. So, in conclusion, Goff is a streamer again next week, but unless he proves he can play against better defenses, I’d look for a better option come fantasy playoff time.

DeVante Parker is a guy that I’ll be paying close attention to this season. In a tough matchup, he caught a touchdown pass for the third game in a row. He’s also doing this while working with the worst offense, and quarterback situation, in the NFL this season. We know he’s talented, and he’s still just 26 years old. He is a solid buy-low candidate right now, who likely won’t cost much to acquire.

I know Joe Mixon managed to find the endzone this week, but I’m looking to sell him as quickly as possible. He had 10 carries for two yards. Yes, two. He also added one catch for another two yards, but it was a two-yard touchdown. It’s not that he’s not talented, but that offensive line is in such disarray, compounded by the fact that we’re not sure what will happen with Andy Dalton should the Bengals get a top-2 pick in the 2020 NFL Draft. Oh yeah, A.J. Green also may not be on the team next year, either. I’m not willing to sit on Mixon while they rebuild their offense.

Here’s my next buy-low candidate: Olabisi Johnson. The kid can play. Adam Thielen hurt his hamstring in Sunday’s win over the Lions, which will swing the door wide open for Johnson. His snap count has been heavily dependent on game script thus far, but if Thielen’s injury lingers at all, Johnson will be on the field in his place. In just 52 snaps this week (71%), he caught four balls on eight targets for 40 yards and a touchdown. Regardless of Thielen, he’s a dynasty but-low candidate for me; and with a less-than-100% Thielen, he could be a legitimate fantasy player for the rest of this season, as well.

Josh Jacobs is the real deal. I know this was a good matchup for him, as Green Bay has been pretty bad against the run this season. But, he showed out. Again. I am trying to acquire Jacobs in as many leagues as I can. He’s shown, through six games, that he’s the back for Oakland to build around for the next five-plus years. Not to mention, he has an excellent fantasy playoff schedule this season. His opponents in Weeks 13-16 are @KC, vsTEN, vs JAX, and @LAC respectively. Go get him.

The verdict is in: Jacoby Brissett can play quarterback. Ok, before you yell at me saying, “We knew he was good”; did you though? We knew he was a good backup quarterback, perhaps the best backup in the league; but did we know he was legitimately a top-10 quarterback overall? Andrew Luck retires after the third preseason game, and the Colts have honestly not looked any different than they would if he was there. Quarterback-needy dynasty teams, especially in 2QB leagues should be looking to acquire him wherever possible. Also, don’t forget, he’s only 26 years old.

I mentioned in the intro that I am a David Johnson owner, in a few leagues. I’m terrified and looking for Chase Edmonds in every single one of them. It doesn’t look good when DJ is healthy (seemingly), and Edmonds carries the load with 29 touches for 150 scrimmage yards and three scores. Kliff Kingsbury would go on to say “Johnson was only going to be used in as-needed situations”. Well, Edmonds made sure there would be no “as-needed” situations. Also, Kliff, that would’ve been nice to know pre-game for all of us DJ-owners. Anyway, Edmonds can easily take over the starting job, or at worst, make it a legitimate 50/50 backfield in Arizona very, very quickly.

Can we just not talk about this game? We can’t do that? Ok, well I’m going to talk about someone that I was really excited about this year that has disappointed. Dante Pettis, I’m talking about you. Since Week 5, Pettis has been on the field for 63%, 72%, and 92% respectively, yet he’s received just 11 total targets in that stretch. This week, he was on the field for 59 snaps and received two targets. Two! He caught zero of them. I understand the weather was bad, but this has been ongoing all season. He was a highly touted sleeper going into 2019, and he has severely disappointed. I don’t even think you can sell him at this point. I’d drop him for someone like Olabisi Johnson.

Corey Davis! He’s alive! All it took was the benching of Marcus Mariota to bring out his talent. Davis is the talented receiver we’ve all been waiting to achieve fantasy relevance. I’ve been sitting on him in a few leagues awaiting his breakout, and I think we may have seen the beginning of it. I’m not saying I think Ryan Tannehill is the answer in Tennessee, but I think he can bring out Davis’ abilities more than Mariota did. He was the 5th overall pick in the 2017 NFL Draft for a reason. He’s only 24 years old. He is good at football, and we may be on the verge of seeing his talent translate to fantasy football.

Similar to David Johnson, the Saints have a legitimate backup. Dissimilar to the Cardinals, Alvin Kamara is not in danger of losing his job. But, if you are a Kamara owner in dynasty, you’d be crazy not to acquire Latavius Murray. He is signed for three more years after this season, and he’s a must-start whenever Kamara misses a game. The Bears have shown to be vulnerable against fantasy running backs, and Murray made sure he didn’t break the trend. He managed 150 scrimmage yards on 32 touches, scoring twice.

Are we ready to proclaim Lamar Jackson as the #1 most valuable player in dynasty football? Especially in a 2QB league. Jackson is as close to a guaranteed 20 fantasy points as you’ll ever find. He can have games like this week, where he throws for 143 yards and no touchdowns, but still scores 24 fantasy points. Why you ask? Well, the answer is simple. His floor as a ball-carrier is equivalent to a low-end RB2. You put that production in with any resemblance of adequate passing statistics, and he’s simply fantasy football gold. I was skeptical about his passing ability, but I’ve come to the realization that his passing ability is simply the icing on top. He’s more dangerous on the ground than Michael Vick, and will likely be my QB1 in any dynasty rankings moving forward.

If I’m a Zach Ertz owner, I’m worried. It’s pretty evident last year was an anomaly based on a lack of receiving weapons. When they have a full stable of receiving options, Ertz is just another guy. He’s good, yes, but he’s not THE guy. Also, Dallas Goedert is getting better. He’s seeing the field more, and he’s seeing the ball more. After receiving 10 targets in his first four games, he’s had 12 targets over the past two. He has more touchdowns than Ertz (2 to 1), and their snap counts are getting a lot closer. Goedert is a guy to target in dynasty leagues right now before he really blows up.

As always, you can find me @joebuttgereit on Twitter; and I’m always available to answer any questions or just talk shop!