Conclusion Protocol: What We Learned in Week 8

Back to the “norm” following a weird Week 7, this weekend let the stars shine. Some massive performances tipped fantasy football matchups heavily. Some duds have me selling guys quick! Let’s dive into Week 8! 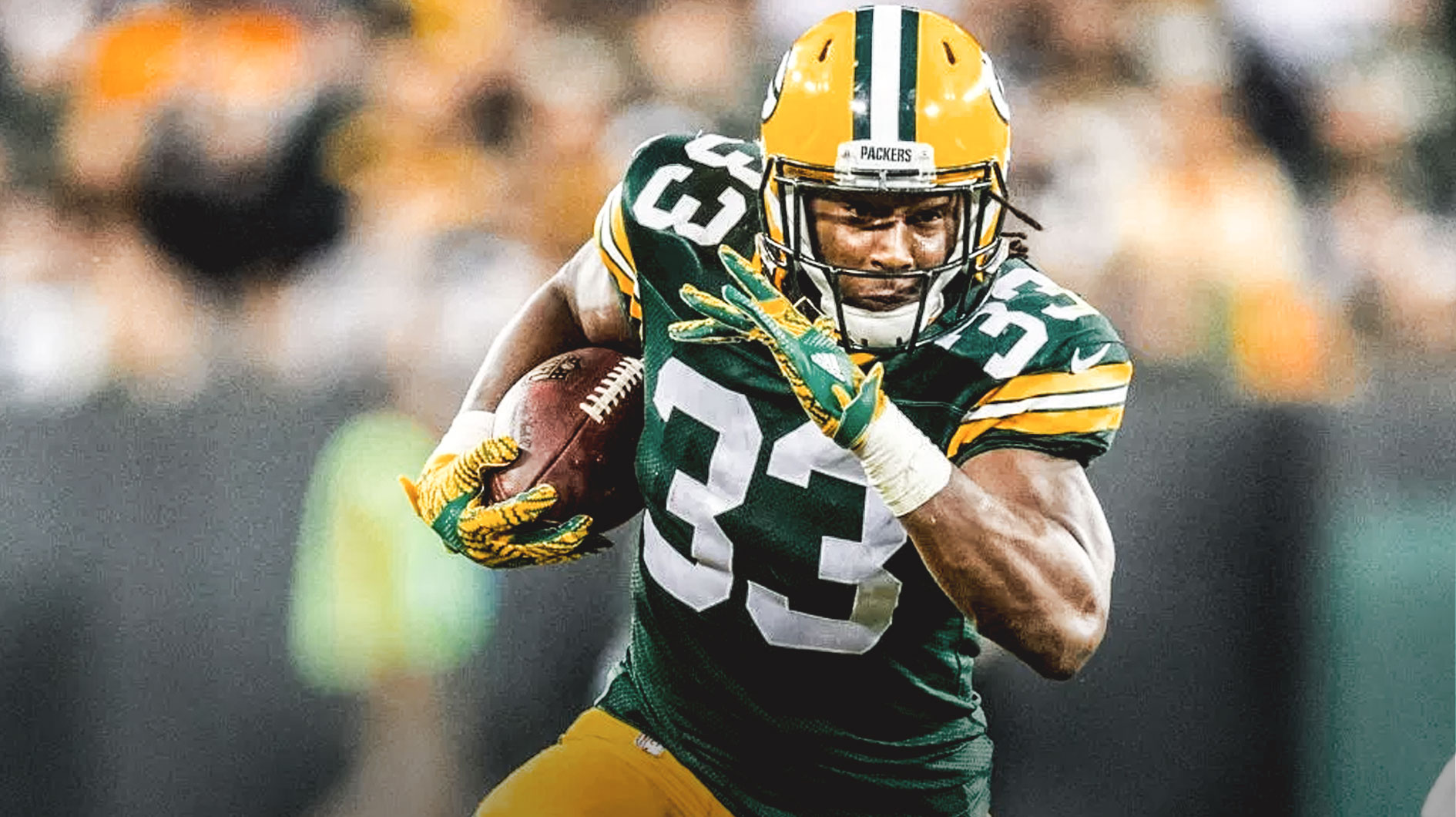 After a wildly confusing Week 7, we got back to a more “normal” fantasy football week. The stars showed out, and reminded us why we play them every week, even following poor performances.

Cooper Kupp continues to remind us that he’s a legitimate WR1, and the knee injury is far in the rearview mirror. He and Jared Goff have formed quite the connection, which led to 220 yards and a touchdown in a win over the Bengals in London. Barring MNF (which won’t change this), Kupp is 2nd in the NFL in targets, behind just Michael Thomas. Before the season, we were unsure who would be the #1 target for the Rams this season; now, it’s pretty clear.

The #FreeAaronJones movement from 2018 has taken hold and Jones is showing everyone why he needed to be cut loose. As of right now, he’s the RB3 on the season behind just Christian McCaffrey (MVP candidate) and Dalvin Cook (rushing leader). Green Bay is surprising most at 7-1 and Jones is as much of a reason for that as anyone on the team, including Aaron Rodgers.

As with every week, there were also some performances and storylines that will greatly affect your dynasty teams! Let’s get into those stories:

If I’m an Alvin Kamara owner, I’m worried, and I’m probably looking to sell as high as I can. Ok, no, I’m not saying he lost his job. But, Murray has made it quite clear that he is a good running back, in his own right. I’m worried about Kamara’s touches moving forward. Now, he is a homerun hitter that may not need 25 touches a game to be fantasy dominant, but it doesn’t hurt. More opportunities, more chances for the home run; it’s simple math.

Especially with Kamara’s injury, it’s possible, and even likely, that the Saints will be careful with him upon his return. Keep him healthy for the playoffs, considering Latavius Murray is more than capable of continuing the offensive flow with a 12-15 touch workload. It’s not irrational to think he will be consistent player in this offense, in fact, it’s sensible. Murray and Kamara will complement each other extremely well, and from a true football standpoint, it would make the most sense for Sean Payton to use them fairly equally. On top of that, the Saints signed Murray to a 4-year deal this offseason; so, might as well use him, right?

Now, the buy-low window is probably closed on Daniel Jones, but considering he’s a rookie quarterback on a bad team, it’s possible you can still get him pretty cheap. I’d try. We’re at a point in dynasty leagues where many of the current starting quarterbacks are headed on their way to retirement:

If you’re one of the league owners that’s still trotting these guys out every week, it’s worth it to engage in conversation with the Jones owner, and see where his valuation is. Jones has been impressive; there’s been some growing pains, sure, but he’s shown me enough that I made a move for him a couple weeks ago, on a team that I have Philip Rivers and Josh Allen as my quarterbacks.

He’s made six starts this season. Yes, he’s 2-4, but the record doesn’t tell HIS story. In those six games, three and a half were without Saquon Barkley; three were without Sterling Shepard; two were without Golden Tate; and one was without Evan Engram. One, against New England, was without Barkley, Shepard, and Engram. He has yet to have a full arsenal of weapons, yet, he’s still performing extremely well with limited talent around him on offense, and a mediocre (at best) offensive line in front of him.

He’s completing over 62% of his passes, averaging 244 yards per game in his six starts, and averaging 10.9 yards per completion. He’s also proving he’s a dual threat quarterback. One thing defenses have not had to gameplan for against the Giants for quite some time: a mobile quarterback. The ability to tuck it and run when necessary is invaluable to fantasy quarterbacks.

With the franchise quarterback now on the roster, the Giants can focus on offensive linemen in the draft. His 8.9% sack rate is 3rd among quarterbacks this year with at least 200 dropbacks. The Giants can also focus on getting Jones the playmakers he needs in order to be successful. Go get him before it’s too late.

The breakout finally happened! Head Coach Matt Nagy finally realized the best player on his offense (not named Allen Robinson) is David Montgomery. He said early in the week that “David Montgomery will get a ton of carries”, and he actually did.

His 27 carries is a new career high (21 in Week 4). His 135 rushing yards is a new career high (67 in Week 3). His four receptions is a new career high (three in both Week 3 and 4). Thanks to an Eddy Pineiro miss as time expired, the Bears didn’t win the game, however, the blueprint has been established. Feature Montgomery early and often, and good things will happen for your offense. He can even mask some (too many to cover up entirely) of Mitch Trubisky’s deficiencies. I’m sure owners wouldn’t be so quick to sell him as they likely spent a top-3 rookie draft pick on him in this year’s rookie drafts, but it’s worth it to inquire.

If Matt Nagy is as good a head coach as everyone seems to think, he will continue to feed Montgomery each and every week. He is the most dynamic player on that offense and needs to see the ball 20+ times every game. As I mentioned earlier, the blueprint has been established. Now, follow it.

Well, to put it nicely, they haven’t quite lived up to the hype. Mayfield has been one of the worst quarterbacks in the NFL this season. He’s tied (with Jameis Winston) for the league-lead in interceptions with 12, far and away worse than the 3rd place guys who have thrown eight. Among qualified starters, he’s in 30th (of 30, not good) in completion percentage, which was supposed to be his strong suit coming out of college. He’s 4th among starters with at least 200 dropbacks with an 8.4% sack rate. He’s 23rd (of 30 qualified quarterbacks) with a 38.2 QBR; and 29th with a 67.8 quarterback rating.

He’s got weapons at his disposal. But, with the offensive line in the state that it is, he can’t find time to throw the ball to the likes of Odell Beckham, Jr., Jarvis Landry, and Nick Chubb. When he does have time, he can’t hit them either. I can understand if you’d like to wait it out considering it’s only year two. But, I’m selling him now if I can get anything for him. There will be other owners that will take the chance given his age and potential. I’m flipping him for Daniel Jones/Kyler Murray right now.

He was the hot waiver wire target all week. With the news of Kerryon Johnson being placed on IR, it became “Ty Johnson SZN”. In a favorable matchup, and a favorable game script, he did nothing. Newcomer Tra Carson had more carries, and more rushing yards than Johnson.

If you were one of the owners that picked him up, I hope your immediately traded him. I have him on a taxi squad in one league, and offered him straight up for N’Keal Harry following the KJ news. Wishful thinking. But, I did see an owner in one league flip him for a 2020 2nd round pick within hours of the waivers being processed. Kudos.

The Lions, frankly, are not good at running the ball. They haven’t been in a very long time, and don’t seem to be getting much better at it. They’ve been more efficient with Kerryon Johnson, but I believe he is one of the more talented guys in the league. I believe he would explode and be top-8 back if he were on a team that was better built to run the ball. Ty Johnson just doesn’t make you feel that way. He appeared very timid with the ball on Sunday, trying to force a hole rather than waiting for the hole to open, then attacking.

Obviously, an overthrown deep ball that would have been a walk-in touchdown would have made everyone feel much different about his fantasy performance, but you won’t be lined up against the Giants’ secondary every week. Those opportunities will not come to fruition every game. You need to take advantage when you’re called upon, and Ty Johnson just didn’t do that.

As always, you can find me at @joebuttgereit on Twitter where you can feel free to yell at me for recommending that you start Nick Chubb (over Chase Edmonds), even against New England. Yes, that happened this week. But, I’m always around to answer start/sit questions, and just talk shop!