@FF_Smyth gives his top 6 buy and sell candidates before they become free agents this offseason! Trade before it’s too late. 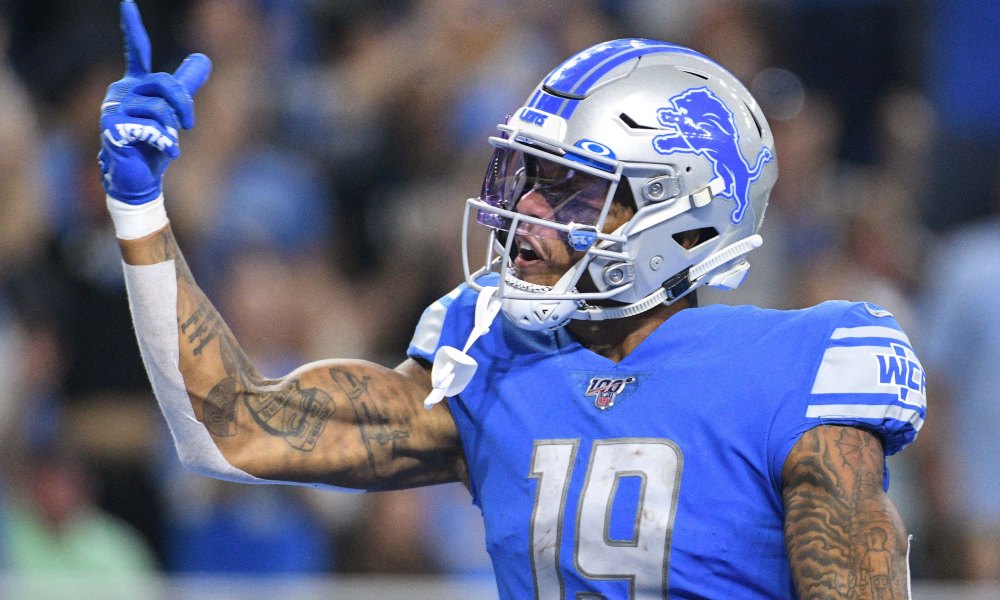 The 2021 offseason is on the horizon, and now is the time to buy/sell. Most fantasy GMs know whether they are contesting or rebuilding their team by now. To have success later, you must prepare now. It is best to sell players with uncertain futures and potential decline while buying players who find themselves in improved situations. There is plenty of talent in the 2021 free agency class who will find new teams this spring. If you wait, you may miss the window of opportunity. Here are six players to involve in trades while the time is right.

Just one year ago, Jameis Winston ended the season as the QB5 overall. After a one-year deal, it is still up in the air on who, if anybody, signs Winston. With Brees’ play declining this season and rumors of him retiring, the Saints may need Winston. They won’t have a high draft pick and will have very few other free agency options. With Jameis leading, the Saints could still be a win-now team if his play improves from last year following a year behind Drew Brees. New Orleans is a gold mine in fantasy and not just because of their weapons. Sean Payton is huge for Winston’s success and can mold him into a fantasy asset once again.

Aaron Jones has been a workhorse back in the last two years for the Packers. However, Jamaal Williams and Jones are both in contract years directly after Green Bay selected AJ Dillon with their second-round pick. Only one of the two backs will be signed this offseason, and Williams will be a much cheaper and still serviceable back. The prediction for Jones to the Bucs would be another big move by Tampa Bay to help Tom Brady following the departure of Leonard Fournette. Aaron Jones is a much better pass catcher than Ronald Jones and could move the offense to the next level. Despite a solid fit, Jones will not see the same usage on any other team. Regression to the mean has avoided Jones due to the situational usage of him in the Green Bay backfield. If Aaron Jones is moved, he will no doubt be in a worse situation. If he is not moved, there is still the possibility of AJ Dillon’s increased usage down the road.

The Steelers are using Conner plenty despite the talent behind him. Anthony McFarland, 21, and Benny Snell, 22, were both 4th round selections. The Steelers are 29th in cap room and don’t have the money to pay a 26-year-old James Conner next offseason. If Conner moves on to Chicago or another situation, the usage and efficiency will be nearly a guarantee to decrease.

Golladay is primed to land in a great situation this offseason. Talented and in his prime, Golladay enters his contract year alongside Marvin Jones. Although he has yet to be paid, Lions fans and the organization want him back. If Detroit moves on, there are plenty of good options that will feed Golladay. If the Lions sign him to a new contract, Marvin Jones will most likely move on, as would Amendola with him. The volume will skyrocket while keeping the top quarterback talent and chemistry.

Plagued with terrible quarterbacks his whole career, Robinson can finally land in a good situation. The better option is Robinson signing with another team. The Eagles would make perfect sense. The perfect Alshon Jeffery replacement, while Reagor replaces Jackson and Goedert, fulfills his destiny as the TE1. He would become the clear number one option with a proven franchise quarterback for the first time in his career. Allen has been outspoken on his frustrations with contract negotiations thus far. If he does happen to stay, the Bears can still move on from Foles, although he’s signed through next year.

This past offseason, Hunter Henry signed a lucrative 1-year 11-million-dollar contract. Since Herbert has replaced Tyrod, Henry’s volume has stumbled. Through five weeks with Herbert, Henry has only scored one touchdown while averaging 43 yards on four receptions. An elderly Jared Cook will most likely not be resigned by New Orleans this offseason. So far, the Saints have shown zero interest in the rookie tight end, Adam Trautman, and could use the 25-year-old Hunter Henry to step into this important role in the Sean Payton offense.