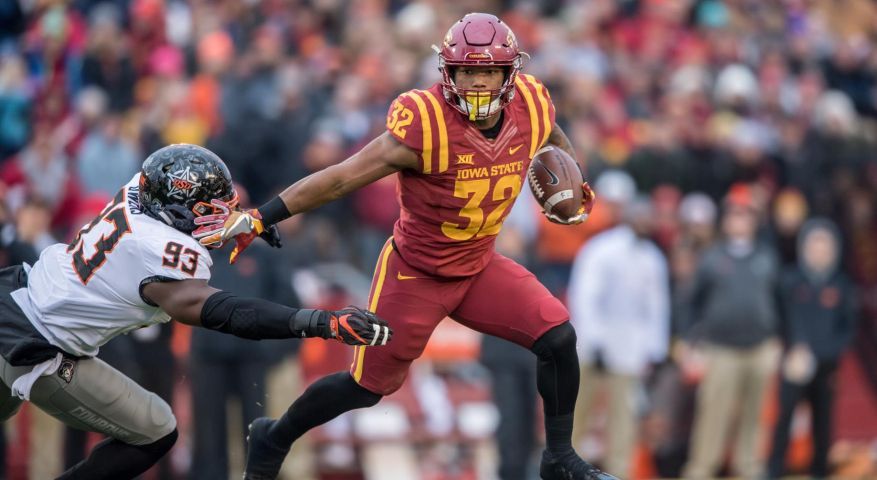 If you spend any time in the Dynasty Nerds community, it’s been all over the Facebook group, dynastynerds.com and even the podcast, you would have heard how light the 2019 draft is. Everyone is trading out of it including myself. I believe I have traded all of my 2019 1st round picks because all of my teams were in it and I was loading up. In the meanwhile, I was adding 2020 picks anywhere I could.

That was until about two weeks ago when I caught a tweet from @SuperFlexerFF mentioning he was loving that people were selling out on the 2019 draft. Now normally one lone opinion doesn’t bring me to a screeching halt but his did. Why? Because being right on things is one thing but when you are very right on something, I will at least listen to your future opinions.

Last year when I was selling low or outright dumping Tyler Boyd, was telling anyone who would listen Boyd would break out. Over and over I heard it and I laughed it off. The Boyd ship had sailed for me. There’s no way he was going to hit. He ended the season 14th in my main league. Boy, was I wrong!

So back to now. Superflexer took the time to “sit down” with me via email and answered some questions on his opinion of the 2019 Draft. Going forward in this article I will refer to Superflexer as SF.

I asked SF what it is he likes about the 2019 draft. He said people need to watch out for recency bias. Yes, we’ve seen great running backs the last few years. It’s hard to argue with the impact that Gurley, Gordon, Elliot, Barkley and my man crush, McCaffery, bring to your league but as recent as 2014 it was all about the Wide Receiver.

SF reminded us that 2014 changed the landscape. Mike Evans, OBJ, Brandin Cooks and Allen Robinson all came out of that draft. Wide Receivers will historically play longer and at a higher level than running backs and this 2019 draft of wide receivers could be league changing.

Once you get through the wide receivers, there’s still more in this draft. SF reminds us that in 2014 only 2 running backs had first round grades and neither turned out but there are some interesting running backs in this draft. Damien Harris from Alabama and David Montgomery from Iowa State will be heading up many draft boards over the next few months. Right now, both are round 2 picks in the actual NFL draft. From there, you need to pay attention to Justice Hill (Okla. St.), Miles Sanders (Penn St.) and Bryce Love of Stanford who could be amazing in the right situation. Benny Snell and Devin Singletary could make some noise as well.

There should also be a couple tight ends of note and the New York Giants and superflex league owners are hoping for a few top end Quarterbacks in this draft.

So how deep is the draft? Superflexer has a full 1st round wish list and at least 24 picks he’d be happy with; more if the league is superflex or IDP.  This is easy to see when you figure in the 2-5 running backs above, the 2 or 3 quarterbacks that may be available and add in the Ole Miss receivers D.K. Metcalf and A.J. Brown along with Kelvin Harmon of NC State; and another 5-8 receivers behind them likely to climb draft boards leave you with thirteen legitimate draft picks without taking into account any tight ends or quarterbacks that emerge.

It’s still early but SF is watching D.K. Metcalf at the top of the draft and trying to get Rodney Anderson from Oklahoma a little lower down. The combines and more time to break down tape will bring the metrics into view but these are two to watch and if SF is watching, so am I after the Tyler Boyd fiasco. The Counter Point is made. Don’t let one opinion bring you to a screeching halt, let the data supporting that one opinion give you reason to at least consider, like I did. If your league mates are sleeping on 2019, here is your chance to give your team a dynasty changing draft.