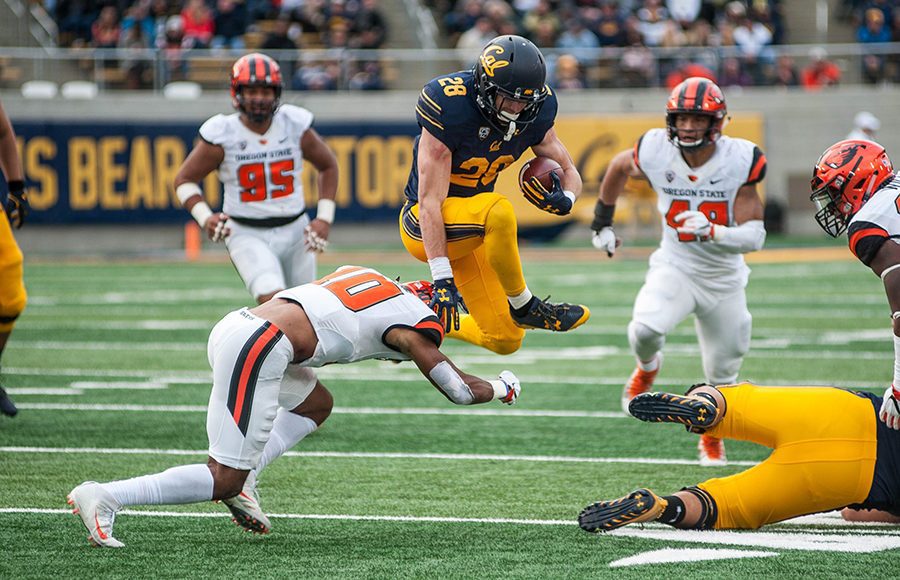 Every season there are a few surprises that survive roster cuts. They earn a job through a strong preseason showing and land on the regular-season roster with a shot to make an impact.

This year, one such player was Patrick Laird on the Dolphins.

The Dolphins decided to keep 5 RBs on their roster. Kenyan Drake, Kalen Ballage, Myles Gaskin, Mark Walton, and Patrick Laird. 5 is certainly plenty and not necessary. To me, this indicates one of two things. They either didn’t want to expose Laird to other teams by having him on the practice squad, or they don’t trust the likes of Drake and Ballage. Both are also a possibility.

The Dolphins backfield is certainly a fragile one. Drake and Ballage are certainly not locked in as starters long term. If they don’t produce over the first half of the season, there’s no reason why the Dolphins won’t look to give other guys an opportunity.

Regardless, the UDFA out of Cal certainly made an impression in order to be in this position. Laird finished 4th in the preseason in forced missed tackles per attempt. He also displayed solid receiving skills and good leg drive to power through tacklers.

So, who is this surprise story? The 6’0” 205-pound RB barely saw the field through the first 3 years of his career at Cal. During his Freshman season, the walk-on was buried on the Cal depth chart behind the likes of Daniel Lasco and Khalfani Muhammad. During his sophomore season, he tried making a position switch to WR but didn’t see the field once for the Golden Bears and redshirted.

It wasn’t until his Redshirt Junior season in 2017 that Laird began seeing the field and instantly leaped into a feature back role. That season he had over 1,100 yards rushing, along with 45 receptions. His receiving is a real positive in his game, hence why he even tried playing WR at one point. His Senior season saw a small statistical drop, but the offense struggled on the whole with Chase Garbers behind center. Despite a smaller rushing season, Laird had over 50 receptions in 2018. A breakdown of his college production can be seen below:

Laird’s athletic testing numbers weren’t too shabby either. You obviously have to take pro-day numbers with a pinch of salt as Laird wasn’t invited to the combine. However, Laird ran a 4.56 40-yard dash, 6.84 3 cone drill, 11.36 60-yard shuttle. Additionally, Laird’s 20-shuttle was announced as a 3.96, which is absurd.

Laird kind of reminds me of Danny Woodhead. I know that’s a generic comp as a white guy, but his receiving ability along with the undrafted profile is what strikes the similarity. Both guys were combine snubs but had strong athletic testing numbers, as well as both having played WR and RB at some point in their career.

Given the fragility of the Dolphins depth chart and the fact that Laird is free in most dynasty leagues, it makes him a worthwhile add in my eyes. He likely won’t see an impact as immediately or to the same degree as Phillip Lindsay did last year, but there’s a slither of opportunity for him to start at some point this year, which gives him some value in my eyes.

Thanks for reading, and as always, follow me on Twitter @DynastyJon for more dynasty content! Become a member of the #NerdHerd for just $2.99 per month. Get Dynasty Nerds consensus rankings, buy/sell tool, extra podcasts, and more.