The Giants added offensive firepower for Daniel Jones – will it be enough to overcome his inconsistency over his first two seasons? 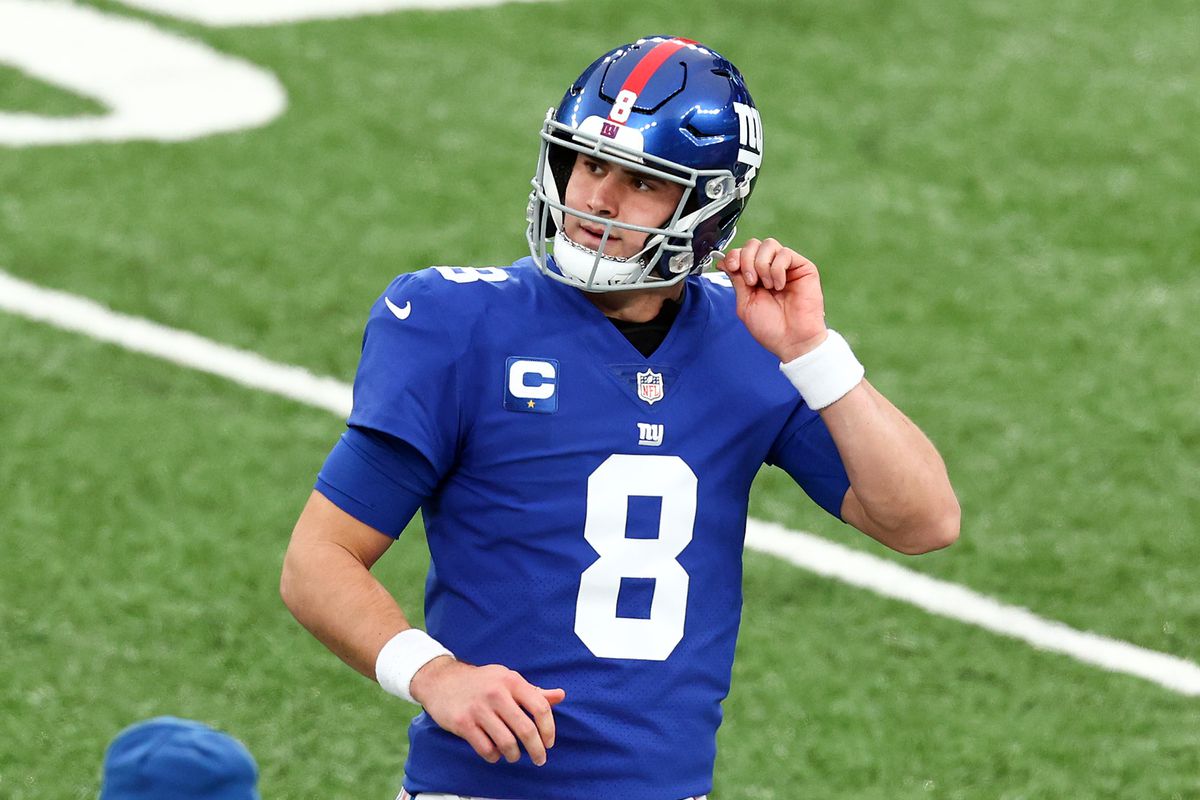 The New York Giants signed Kenny Golladay to a large deal this offseason to bolster their offensive passing attack. To a much lesser extent, they brought in Kyle Rudolph to bolster their tight end depth chart. The team then drafted Kadarius Toney in the first round of the 2021 NFL Draft.

Suddenly the Giants have a skilled pass receiving core to combine with all-world running back Saquon Barkley. The team has given their young quarterback Daniel Jones all the weapons a QB would need to succeed. Can he take the next step? Let’s break down what the tape says.

With the supporting cast around Jones seeing an upgrade, theoretically, that would lead to improved play from Jones, who, per the available stats, had a mediocre season in 2020. He did play most of the season without Barkley, and the team struggled to find rushing production. This put a lot of the offense squarely on Jones’ shoulders.

I reviewed the first six games of Daniel Jones’s 2020 season on NFL Game Pass. The first game was against the Pittsburgh Steelers. The Steelers are not an easy defense for a young quarterback to play against, as they like to disguise their coverage on the backend in the secondary. They also like to run many twists and stunts along the defensive line, with the interior defensive lineman rushing outside of the offensive guard’s shoulder. And then the exterior lineman spins behind the interior lineman forcing the offensive line to think on their feet. They like to do this to confuse the blocking and put a free rusher on the quarterback.

Daniel Jones reacted to this well early on in the game, even looking off the safety and catching Steven Nelson, the cornerback on the play looking in the backfield. This resulted in a long touchdown to Darius Slayton.

This is an example of the Steelers running an inside twist and stunt vs. the offensive line. The line does their job and gives Jones a clean pocket.

The coverage again was beaten, and Daniel Jones delivers a strike for a touchdown. There may have been a blown assignment; someone picked the wrong assignment in the middle of the field. Regardless, Jones takes advantage as he is supposed to do for a score. It’s not an easy throw to make as the ball travels 20-25 yards in the air, and it has to be to the inside, hitting the receiver in stride.

Later in the game, Daniel Jones should give up on the play, and throw the ball out of bounds but he does not.

This was an abysmal decision, and had the defender who caught the interception been a defensive back instead of a defensive lineman; it could have resulted in a defensive touchdown.

Against the Bears Jones drops a pass over the middle over top of the safety and into the hands of Sterling Shepard.

In this play versus the Rams, Jones with a clean pocket, delivers a high uncatchable ball to Golden Tate.

When the Giants played the Washington Football Team, same as in the Steelers game, a play is clearly over. There is no throw to be made, but instead of throwing the ball out of bounds, Jones throws the ball where the only open receiver is a defender.

This pass simply cannot be thrown, he throws it to the outside, but the defender has the outside position on the play and makes a brilliant play on the ball for the interception.

Jones has all the tools to be a starting quarterback in the NFL. He will make some unexplainable plays that will not be solved by putting additional skilled players around him. A healthy Barkley will not fix heaving footballs into the teeth of the defense and hoping for the best.

2021 will be Daniel Jones’s third season in the NFL, with that being said for him to take the next step as a quarterback he will have to clean up these mistakes. Or his stay in New York will be a very short one.