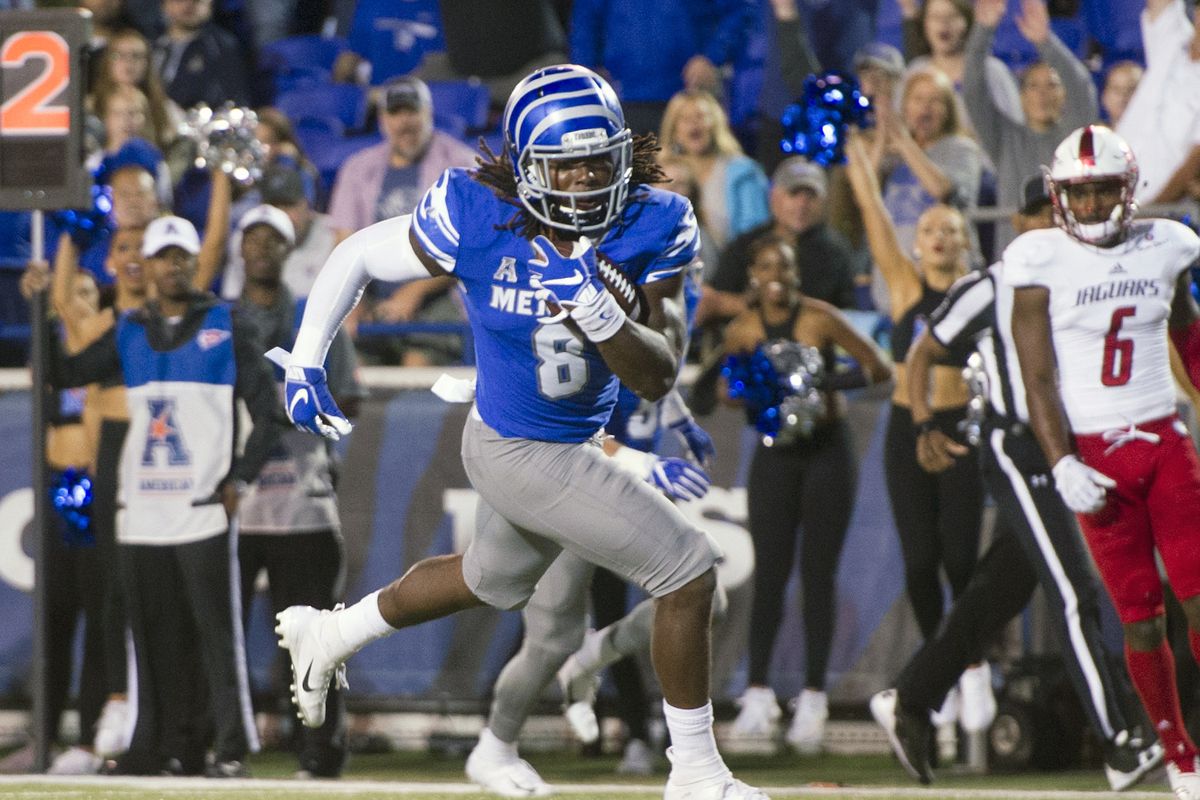 One of my favorite prospects in this 2019 draft class is Memphis Running Back, Darrell Henderson. In a class which is slightly thinner at the position, I think he has a strong chance to go in the early rounds.

Measuring in at 5’9” 200 pounds, Henderson is a little smaller, but that hasn’t stopped him from handling a full workload. Plus, with Phillip Lindsay’s success, size isn’t as big of a deterrent as it used to be with the spread offenses in the NFL these days. Henderson’s production has been quite impressive as you can see below:

What I like the most about Henderson is his receiving ability. Through only 3 years at Memphis, Henderson has 59 receptions for 746 yards and 8 TDs. He’s also averaging 8.1 YPC for his college career which is absolutely crazy!

I wondered if his production would drop off with defenses focusing on him more, following the departure of Anthony Miller to the NFL, but that has not been the case. He’s thrived since Miller’s departure. Henderson and Patrick Taylor have formed a formidable one-two punch, combining for 2,287 rushing yards and 29 rushing TDs in 11 games.

Henderson was named as one of 3 finalists for the Doak Walker award this week, making him the first Memphis player to be a finalist since DeAngelo Williams in 2005. The fact that Memphis’ O-line has been nominated for the Joe Moore award likely helps drive the significant rushing production.

Watching the tape, I love Henderson’s burst. Once he hits the gap, he has defenders on their heels and just pulls away. He looks really well balanced and almost Kareem Hunt-esque. His lateral agility and second level acceleration are really impressive.

Darrell Henderson with a nice 35 yard run on a quiet night. #Devywatch pic.twitter.com/WmNaT3ho1I

I’m really curious to see where Henderson ends up in mock drafts in the coming months. I can certainly see him being discussed in the same breath as Damien Harris, David Montgomery, Bryce Love, and Benny Snell. As the college season comes to a close, I highly recommend keeping an eye on Henderson and watching him while you still have a chance.