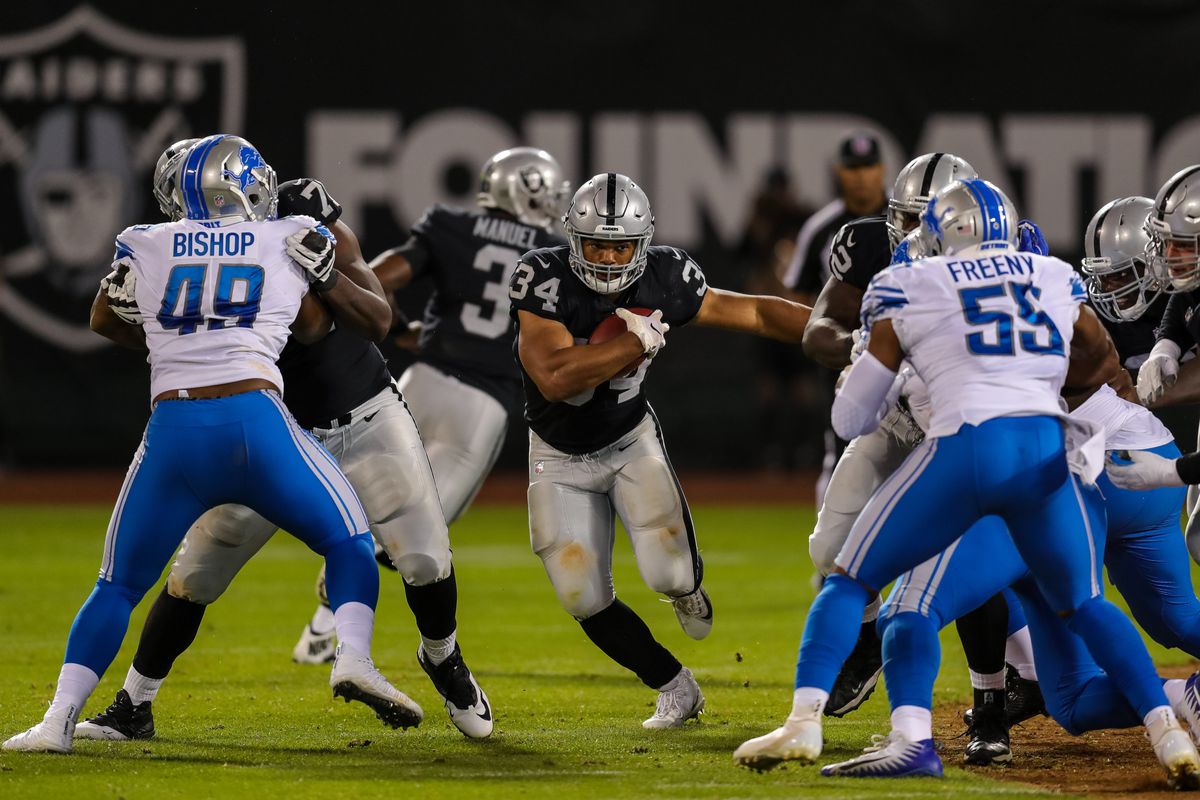 By now, Chris Warren should be a name firmly entrenched on Dynasty radars. With an aging depth chart in the backfield for Oakland, they are craving a young bull to be the heir to Marshawn and Doug Martin.The son of former pro-bowl RB, Chris Warren Jr, the Texas Longhorn came to the NFL after only 3 years in college. Warren is an absolute tank, measuring in at 6’2”, 247 pounds. This led to Texas moving him from RB to H-Back in 2017. His frustration with this switch led to him declaring early for the NFL.

The powerful back never really got his chance to showcase his full potential at Texas. In previous years, he was backup to D’Onta Foreman. That was followed by the position switch, which forced him to play in an unnatural position. Warren’s college stats reflect that opportunity, as well as the fact that he went undrafted:

However, the Raiders have clearly seen something that they like and have handed him substantial work so far in the preseason. The forceful downhill runner has 46 rushes, 250 rushing yards, and 2 TDs in the Raiders’ first 3 preseason games, thus leading the league in YPC on a minimum 14 attempts.

There’s likely not a ton left in the tank for BeastMode and The Muscle Hamster. Moreover, Deandre Washington and Jalen Richard are hardly exciting. The raiders, therefore, have one of the more open backfield depth charts in the league.

Warren’s pros and cons are as expected for a back of his size. He’s an excellent option in the RedZone and can break tackles with force. For a back of his size, he actually has adequate receiving chops too. However, he lacks a little agility and top end speed. Furthermore, there are questions out there about how much he really “wants it”. He doesn’t have that nasty edge to keep on churning and scouts have questioned his love for the game.

Warren is another undrafted RB this year fighting to lock down a roster spot, who is free in most dynasty leagues. Warren, Trenton Cannon, Phillip Lindsay, Roc Thomas, and Marcus Murphy are all backs that have sneaky value if an injury hits early in the season. All of them are worth rostering in 25-30-man roster dynasty leagues. Grab them before your league mates do.