If there is one thing we learned this free agency period it’s that anything can happen. Value can change in the blink of an eye. @DynastyPhilDawg looks into a dynasty deep stash in the form of Ravens RB Gus Edwards. 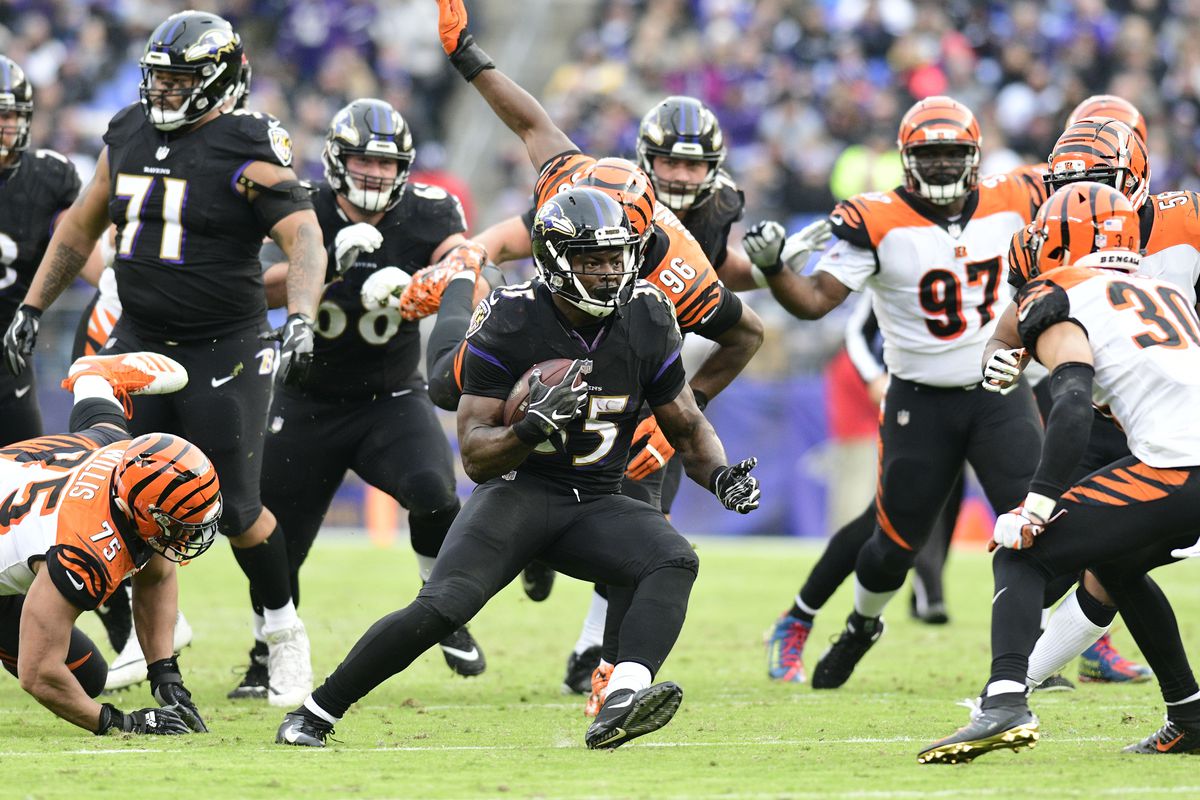 Free agency is one of the most exciting yet nerve-racking times of the year. You seem to have built a contender. Ready for a taste of bittersweet success only to have it ripped away by a trade or salary cap move. You could also be on the other side. Feeling lucky after a salary dump has improved your roster. Giving your bench RB an opportunity to shine. Was it lucky? Or were you prepared?

Dynasty is about preparation. It is about having studs to dominate now while also stashing up and coming players ready to grasp of the next opportunity. Baltimore Ravens 3rd year RB Gus Edwards is waiting in the wings ready to take hold. With all the free agency proceedings involving big-name RBS, you may have missed Baltimore retaining the soon to be 25-year-old back out of Rutgers. Let’s take a look…

Before becoming a graduate transfer at Rutgers, Edwards spent four years at Miami(FL). Never getting the lions share of the work, Edwards played in 29 games from 2013 to 2016, rushing for 977 yards on 186 totes and hitting pay dirt 12 times. This effort was good for 5.3 yards per carry. Edwards received only minimal opportunities in the passing game. After missing all of 2015 with a foot injury, Edwards seized a chance to play as a graduate transfer at Rutgers University.

In 2017 at Rutgers, Edwards played in ten games. He turned 164 carries into 713 yards and 6 scores. Gus did a little more in the receiving game this time hauling in 13 catches for 103 yards and a score and showing the ability to catch passes when needed. Edwards performed well enough to get an invite to the 2018 NFL Draft.

Edwards went into the combine listed at 6′ 1″ 229 lbs. He put up a decent dominator rating with 26.4% (56th percentile). Gus came in with a 4.57 40 yard dash (57th percentile) and had a speed score of 105 (79th percentile). Edwards also showed solid burst with a 120.2 burst rating (58th percentile). (playerprofiler.com) With a lack of workhorse college production, Gus Edwards went undrafted in 2018 before signing on with Baltimore.

Like most rookies, a few weeks passed before Edwards received an opportunity. The Gus Bus was called up from the practice squad in week 6. and played sparingly. When week 11 came to a close, fantasy gamers started to notice as Gus took 17 carries for 115 yards and a score—posting 6.8 yards per carry. Edwards went on to finish 2018 as the lead back playing 11 games(6 starts) running for 718 yards on 137 carries and 2 scores (Avg 5.2). He once again did not receive a lot of opportunities in the passing game, catching just 2 passes on 2 targets for 20 yards. Not too shabby at least in the ground game.

Entering the offseason, many expected the Ravens to add to their backfield. That’s just what happened with Baltimore signing veteran Mark Ingram. This season Edwards would be relegated to a backup role. Surprisingly, Edwards still delivered running for 711 yards on 133 carries and 2 scores. He also caught 7 balls on 8 targets for 45 yards. This season was different from his rookie year. Playing all 16 games but only starting in one. That start came week 17 vs. Pittsburgh. Edwards rumbled for 130 yards on 21 rushes, adding 1 catch for 2 yards.

A few numbers that stand out when looking into Gus Edwards for the 2018-2019 season. (Overall Finish)

In 2019, Edwards was more of a backup yet posts near-identical total yards and attempts. What stands out the most is the improvement. He improved his juke rate% posting  14.4% in 2018 and 29.3% in 2019. His 2019 juke rate % was eye-popping. Finishing 9th in the NFL. Ahead of guys like Austin Ekler and Dalvin Cook. Admittedly, with more touches, Edwards percentage probably dips. Edwards also improved on evaded tackles doubling from 20 to 41.  The importance of these metrics is to show the improvement Gus made from year 1 to year 2.

Wow! What a difference one year makes. Edwards goes from lumbering to almost electric. Sometimes viewed as a bruising back, the film suggests more. The film shows what the analytics show—a vast improvement.

Edwards has the requisite tools to be a workhorse back. He showed quickness and fluidity to make defenders miss. Owning enough speed to break long runs. Gus shows excellent ball security as well, having only two fumbles, losing one over 279 touches.

Gus shows good vision, rarely missing a hole. He shows great power and contact balance executing punishing runs. For a big back, Edwards is light on his feet. He posses the quickness to make a man miss while also having more than enough strength to run through defenders.

From a pass-catching perspective, he shows the ability to make catches. He looks fluid and capable. Not awkward like most big backs. Like most of his career, he just needs an opportunity.

As dynasty owners, it’s essential to be aware of who is waiting in the wings. We must remember coaches and teams do not care about our fantasy teams. No matter how good a guy like Justice Hill looks to us. We must remind ourselves of how the NFL works. A guy like Gus Edwards has done nothing to lose his job. In fact, he has improved his case to be next behind Ingram. Being unable to project usage, all we can do is make an educated guess.

We now know the Ravens retendered exclusive rights on the 6’1″ 238lb 3rd year back. When handcuff season is in full swing, Mark Ingram owners may feel safe with Justice Hill. Hill owners may believe they have the next Baltimore running back. Are you sure? Is Hill the guy? Could be. It could be Gus Edwards. It could be a combination of the two. If we own the aging veteran Mark Ingram, what should we do? Of course, we could sell. What if we own Justice Hill? Or Edwards?

Of course, we could sell. But that doesn’t feel very fruitful. The play may be to acquire Edwards, especially if we own either Ingram or Hill. He is unlikely to cost very much, and the potential reward in acquiring Edwards far outweighs the risk. We could find ourselves in an Austin Ekler type situation. Backup RB turned fantasy stud. The only question. Is the juice worth the squeeze?