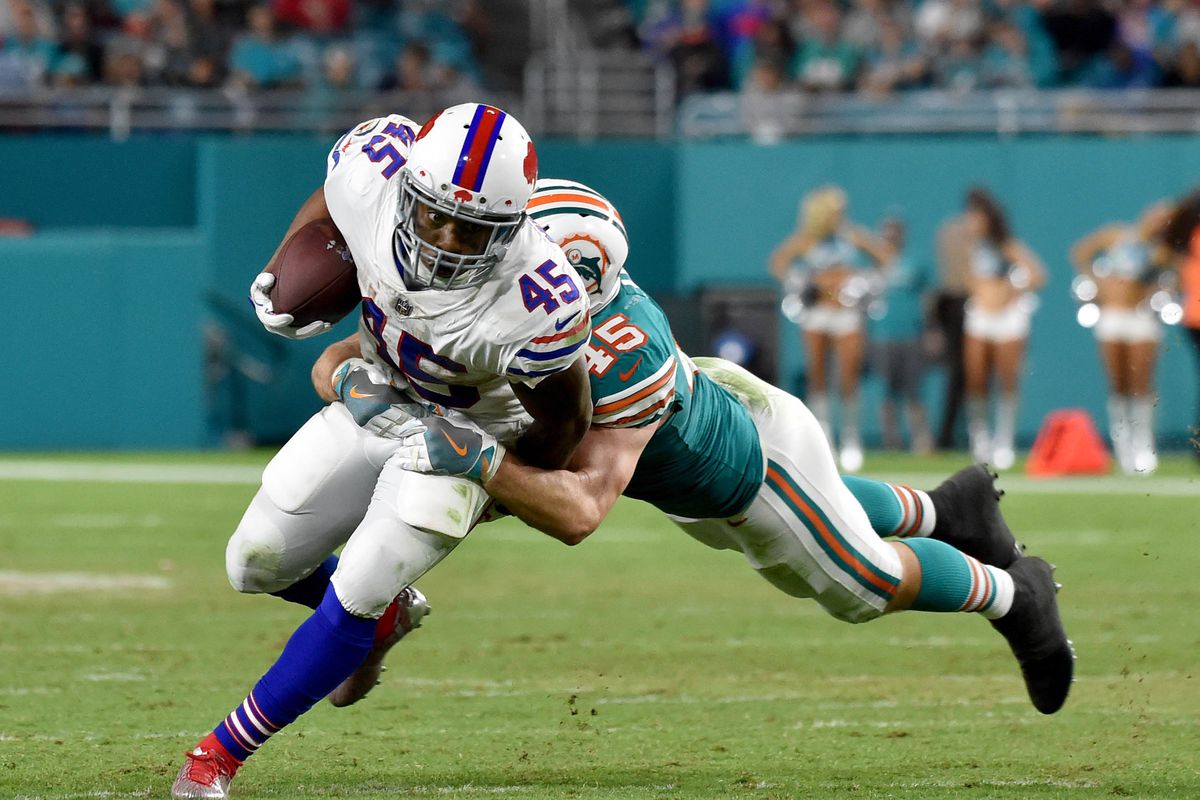 It’s rare for me to get all that excited about a 26-year-old running back who has had almost zero experience in the NFL. However, that’s where I stand with Marcus Murphy.I’m intrigued for a couple of reasons. Firstly, the Buffalo Bills depth chart is rather thin. LeSean McCoy is undoubtedly the feature back, but there’s the lingering potential for a suspension. Furthermore, there’s a ton of tread on the McCoy tires and with the rising mileage comes a rising risk of injury. Behind Shady is another 30-year-old RB who hasn’t necessarily thrived throughout his NFL career in Chris Ivory.

The 2nd reason I’m intrigued by Murphy is the infatuation the Bills’ personnel have with him. The franchise’s QB, Josh Allen, stated “I love the dude. He runs big. You know he’s not going to be the biggest guy out there, but I saw him lower his shoulder into a middle linebacker and get three or four more yards, so out of a back that’s all you can ask for — a guy who is going to try to run through a wall to get extra yards. He’s going to hold onto the football, he’s dynamic outside, he can catch the ball so he’s someone to look out for, for sure”.

Furthermore, the Bills’ new coach Sean McDermott noted, “He’s a competitive guy and he’s fun to watch at practice. What you saw (Thursday night against Carolina) is what we see every day at practice. Whether it’s playing special teams or playing the running back position, he’s selfless and a team guy and I really appreciate that.”

Murphy has really been turning heads so far in the preseason and is looking sharp. Through 2 preseason games so far, Murphy has rushed for 74 yards on 11 carries (6.73 YPC) with one touchdown and has added four receptions for 30 yards. He’s looked far more electric than the likes of Ivory and Cadet.

It’s likely that the 5’8”, 195-pound back is on most dynasty waiver wires. He was a former 7th round pick in the 2015 draft by the New Orleans Saints but was primarily used on special teams as a kick returner, whilst being behind Mark Ingram and Tim Hightower on the depth chart. In 2017, he was released by the Saints and bounced around the practice squads of the Colts and Jets before landing on Buffalo.

During his college days at Missouri, Murphy was employed in a timeshare for the duration of his four years (as you can see from his stats below).

Despite his diminutive stature and less than impressive combine numbers, there appears to be more athleticism displayed on game film where his agility excels. Murphy brings an element to the backfield that no one else can. His sharp acceleration and strong receiving chops mean that he will likely still see snaps because of the versatility he brings versus the other backs.

For a free addition in most leagues right now, I believe Murphy is a decent gamble. If McCoy does, in fact, get suspended or even traded during the season, Murphy could instantly step up into a more sizeable role.