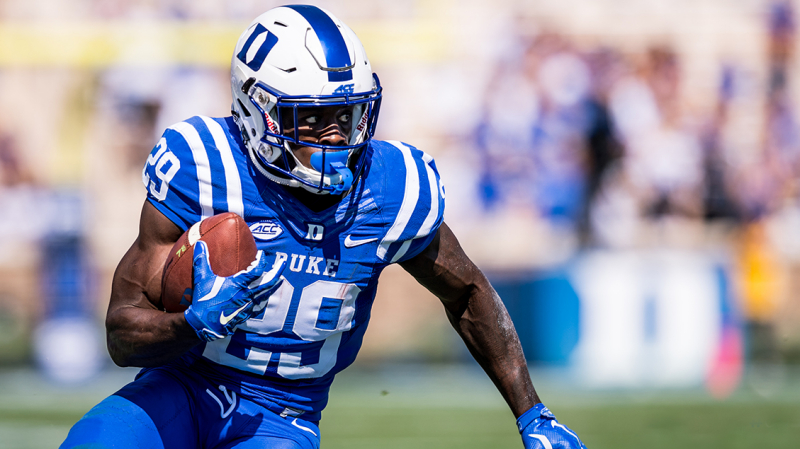 Now that the season is underway, and rosters have been finalized, there are a few guys that made the cut on to the 53-man roster that you might not have expected. Seeing as they made the roster, in very deep dynasty leagues, they could be worth adding to the watchlist.

Shaun Wilson cracked the Buccaneers roster and could see work in the passing game sooner rather than later. Despite sitting behind Peyton Barber and likely Ronald Jones, the 5’9”, 185-pound RB out of Duke possesses a skillset that the others do not. During his 4 years at Duke, Wilson reeled in 81 receptions for 725 yards and 6 TDs. Additionally, he rushed 2,463 yards and 18 rushing TDs. He could fill a Charles Sims type role.

Williams spent most of his time at LSU stuck behind Fournette and Guice. However, when he had to step in as a replacement, he was more than impressive. The 6’0”, 225-pound power back is fantastic in short yardage situations and has solid receiving ability for his size. He’s clearly stuck behind Kareem Hunt, but Ware and Damien Williams suck. I wouldn’t be stunned to see him surpass them as the backup back. If you’re a Hunt owner, he may be worth a handcuff stash.

Zylstra is another Minnesota native, who played at a small local school (Concordia Moorhead) and is a physically impressive specimen with solid routes and strong hands…. Remind you of anyone? Cough…. Adam Thielen…cough. Zylstra cracked the Vikings roster and will be competing with Treadwell for snaps behind Thielen and Diggs. Zylstra participated in North Dakota State’s pro day but ultimately went undrafted. He then moved to Arizona where he got noticed by the Edmonton Eskimos in the CFL and proceeded to dominate. The 6’3, 220-pound wideout finished 2017 with 100 receptions and 1,687 yards in Canada.

The Cleveland Browns WR depth chart is a little uncertain beyond Jarvis Landry. Who knows how long Gordon and Callaway will remain clean. The Browns kept Ratley on their roster as their 5th receiver. The 6’3”, 190-pound receiver from Texas A&M is a pure size/speed prospect. He only had 47 receptions during his entire college career but he’s explosive with field-stretching speed and averaged 23 yards per reception. I view him as a Torrey Smith type prospect. He may be able to get a few opportunities if the Browns depth chart becomes depleted with injuries/suspensions.