Gage Bridgford (@GbridgfordNFL) looks at one of the top senior wideouts in this year’s class in Baylor’s Denzel Mims. 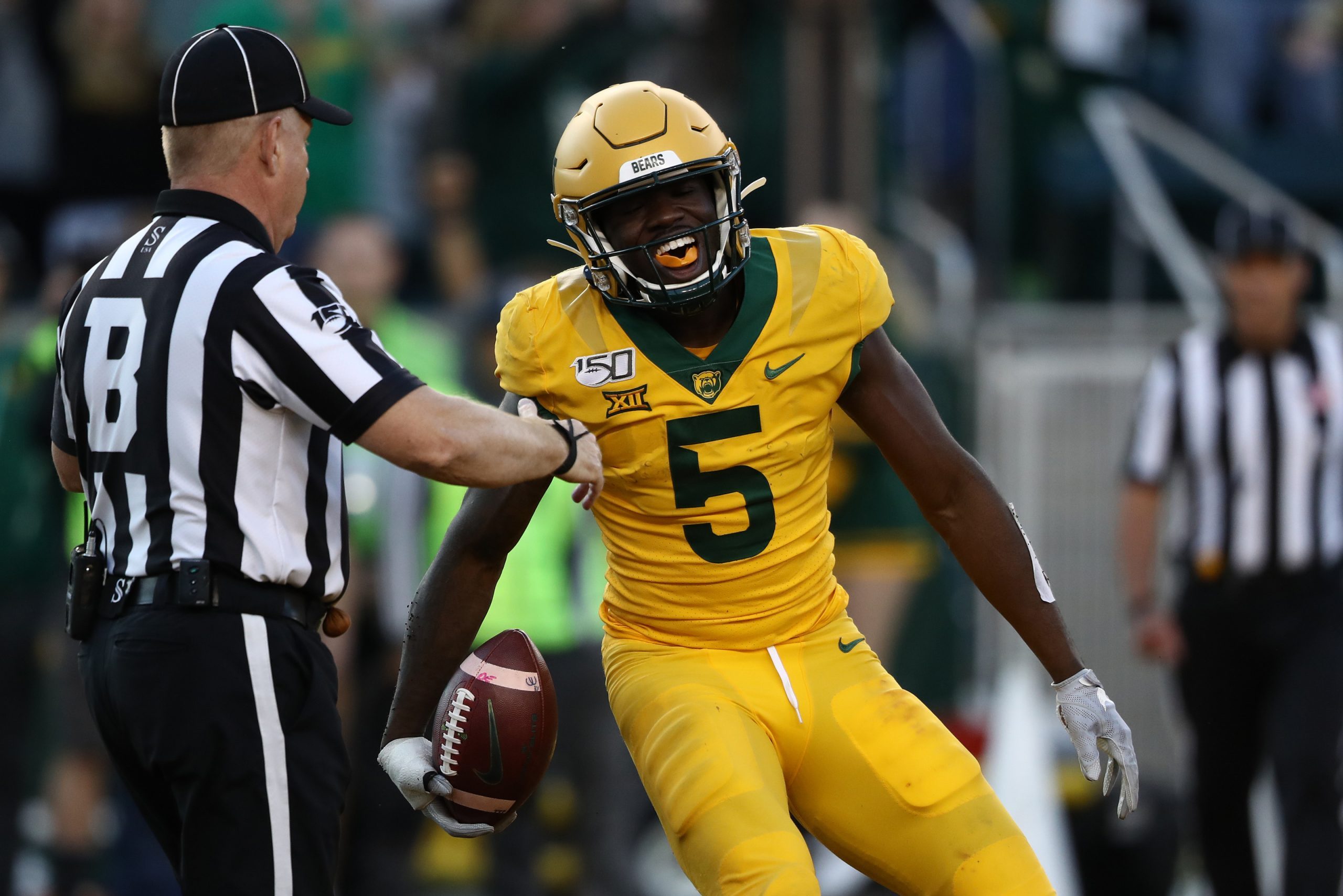 Denzel Mims is a four-year player out of Baylor that saw his role grow during his time in school. After playing in just three games during his freshman season, he became a weekly starter in his final three seasons. He was a preseason All-Big 12 player, and he put together a solid senior season that allowed him to finish on that very same list.

Mims will be leaving school with his name all over their record books. He’s leaving no worse than sixth in receiving yards, receptions and receiving touchdowns. If he had started every game of his freshman season, he likely could have led at least two of those categories. Mims came to school from a small town in Texas, and he had been a Baylor fan throughout his childhood growing up.

Mims is coming off of a stellar week at the Senior Bowl where he was the best wide receiver of the week. We could very likely see him go in the first two days of the draft, especially if he can interview well. He’s a talented and productive senior who has been working at improving his play for a few years.

Mims isn’t leaving school with the bonkers numbers that we saw from players like K.D. Cannon and Kendall Wright during the beginning of the 2010s, but he is leaving with positive signs of growth and consistency. After failing to score a touchdown during his freshman season, he racked up eight in back-to-back years before coming down with 12 in his senior season.

Also, after being largely a big-play threat as a sophomore, with an average catch of 17.8 yards, he showed his ability to work the in-between areas with an average catch of 14.95 over his final two seasons. Mims isn’t the youngest or most explosive receiver, but he showed the consistency that you’re not going to get out of most receivers in this class, especially for a guy that isn’t expected to go in the first round.

During Mims’ final season in school, he played in 13 games. He registered five or more catches in 10 of 13, and he got to the 40-yard mark in 12 of 13. His quarterback was looking his way often, and he was a good target for him to look at. Polished and consistent receivers like Mims are the ones that come into the NFL and make an impact early on in their careers even if they aren’t the biggest or most explosive guys on the field.

Remember when I talked about Mims’ ability to gain separation from a corner and then maintain it? That’s exactly what he demonstrates on this play. He gets by the corner, who’s in press coverage, and he uses his size and length to just outrun the corner down the field while always keeping distance between himself and the defender. This gives his quarterback more room to make the throw and an easier completion for them both.

In this clip, you see the perfect example of a defeated corner. He’s in good coverage, but, after a good throw by the quarterback, Mims just reaches his hands out and pulls it in like he’s got glue on them. This dude gets his fingertips on a ball that wasn’t exactly lofted out to him, and he just rakes it in. Players with hands like this find ways to stick around in the NFL, especially when they have the athleticism that Mims does.

Is every single throw thrown perfectly? Absolutely not. There isn’t a quarterback in history that has never thrown an off-target pass. What helps a quarterback look good in that situation? It’s nice to have a wide receiver like Mims that can high-point the ball along with having the spacial awareness to get their feet down. Mims does that on this play. The corner has hands on him, and the quarterback makes a perfect throw where only Mims has a shot at it. It’s easy money.

Ask the Kansas City Chiefs and San Francisco 49ers how nice it is to have receivers that can create yards after the catch. Mims isn’t Tyreek Hill or Deebo Samuel, but he showed his ability to create after the catch on a regular basis. With offenses trying to get the ball out of the quarterback’s hands faster, having a guy like Mims can make life easier on these young signal-callers.

Whatever NFL team drafts Mims is going to be getting a solid player with some upside. He doesn’t have the ceiling of a player like Cee Dee Lamb or Henry Ruggs III, but that’s also why he’s not expected to go in the first round. Mims has shown the ability to generate and maintain separation going down the field, and he has good size for the position which makes him a decent threat in the red zone. Mims is a lock for Day 2, and he has a decent chance of getting into the second round with a big rookie year depending on his landing spot.