Is Brock Vandagriff the next big thing? @rickyvalero_ breaks down why he think he may be inside 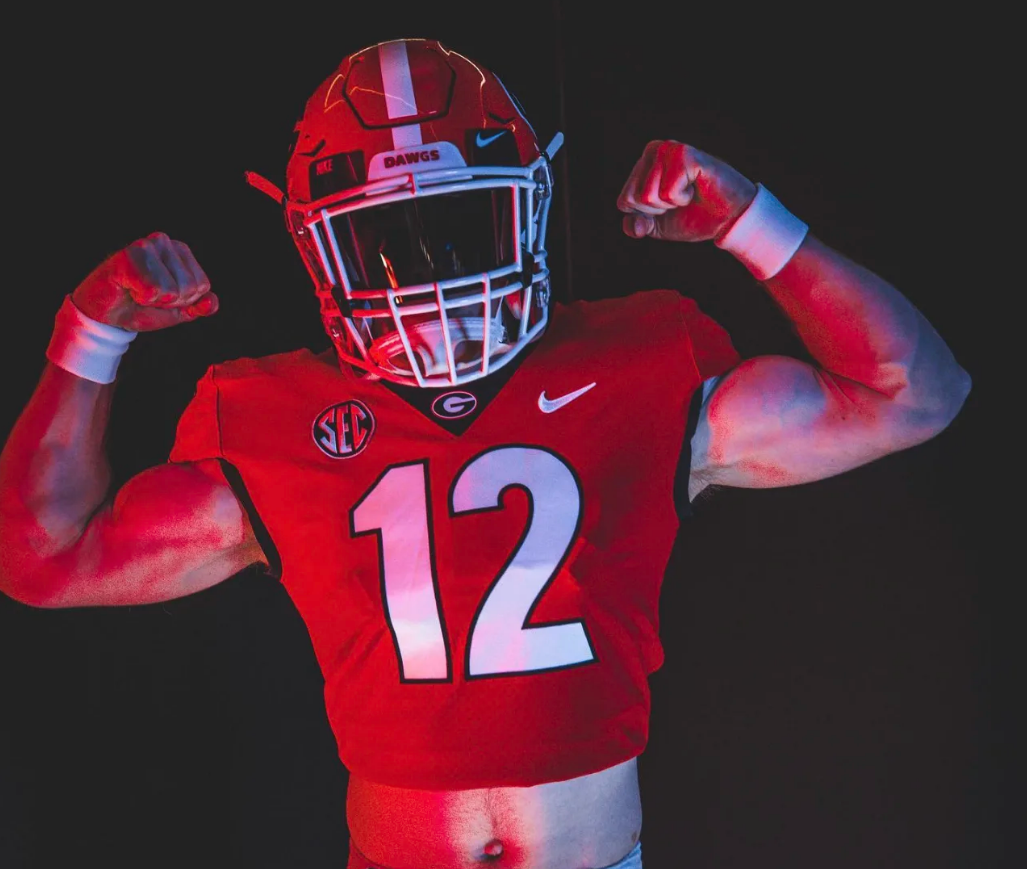 The potential the 2024 class of quarterbacks has is insane, and today, I continue my Devy Player Profiles tackling Georgia Quarterback Brock Vandagriff.

Who is Brock Vandagriff?

JT Daniels is the guy for 2021, and that’s not a surprise after he picked up the Bulldog offense on the latter part of the 2020 season. The Bulldogs quarterback room is one of the best in the country. Redshirt-senior Stetson Bennett is lurking around, but the real battle in 2022 is between Carson Beck and Brock Vandagriff.

This battle may be affected because Vandagriff had surgery on his torn PCL. He will more than likely be red-shirted, and will not be able to practice all season. Newly committed 2022 5-star prospect Gunner Stockton joins the fold next season. I see a scenario in which Vandagriff transfers out of Georgia, which would be terrible for the school.

This play highlights Vandagriff making a perfect read, keeping the ball instead of forcing a throw. He beats the linebacker, who overpursues, and then has the speed to get to the edge for the score.

Again, perfect read, cut it inside, and makes the linebacker pay by cutting inside and scoring. Plays like this in the red zone will make the Georgia offense deadly because the threat of running will have to be accounted for.

Throwing on the Run

If you have been following along, Vandagriff is the third quarterback in this class I am taking a look at (Drake Maye & Sam Huard), and he is easily the most impressive of the three when throwing on the run. In the two plays above, you see him use his ability to escape the pocket and make two excellent throws. The first play is a designed rollout where he gets the ball to the sideline for a first down. On the second play, Vandagriff escapes the pursuit to throw a perfect pass and a touchdown.

Vandagriff isn’t scared of improvising on the fly, and it’s one of his best attributes. Time and time again, you will watch the pocket collapse, and while he has the legs to extend the plays, that’s not where his head is. His complete focus is on developing the play called whether it goes off without a hitch or not. To me, that’s what makes him one of the most dangerous prospects in the game. He has the mental awareness to beat you with his vision, arm, and lastly, his legs.

There were situations when Vandagriff puts too much air under his throws, forcing receivers to adjust. This could also allow defenses to adjust as level of competition improves. It’s a small knock but something I noticed on his high school tape.

The PCL injury could hinder his mobility, we see times when an injury affects players physically and mentally and alters the way they play the game. I would like to see him take better care of his body and use the slide more. So it could end up having a positive effect if the injury causes him to play more cautiously.

Vandagriff’s agility alone will make him a commodity on the next level. I have nothing against Carson Beck and Gunner Stockton, both are good prospects whom I have not dug deep into yet. Vandagriff should be that guy for the Bulldogs in 2022 and beyond. He is the type of quarterback they will need to compete in the SEC. They can’t allow him to walk like they did Justin Fields.

Vandagriff has all the tools to be a first-round talent, and I could see him be the first quarterback taken off the board when the 2024 draft rolls out. He is a top 5 devy quarterback, and you should, hands down, be targeting him.

New Dawg in the Yard: Kendall Milton
Tale of the tape: Breece Hall Vs Isaiah Spiller