There are no limitations for the future of Sam Huard. 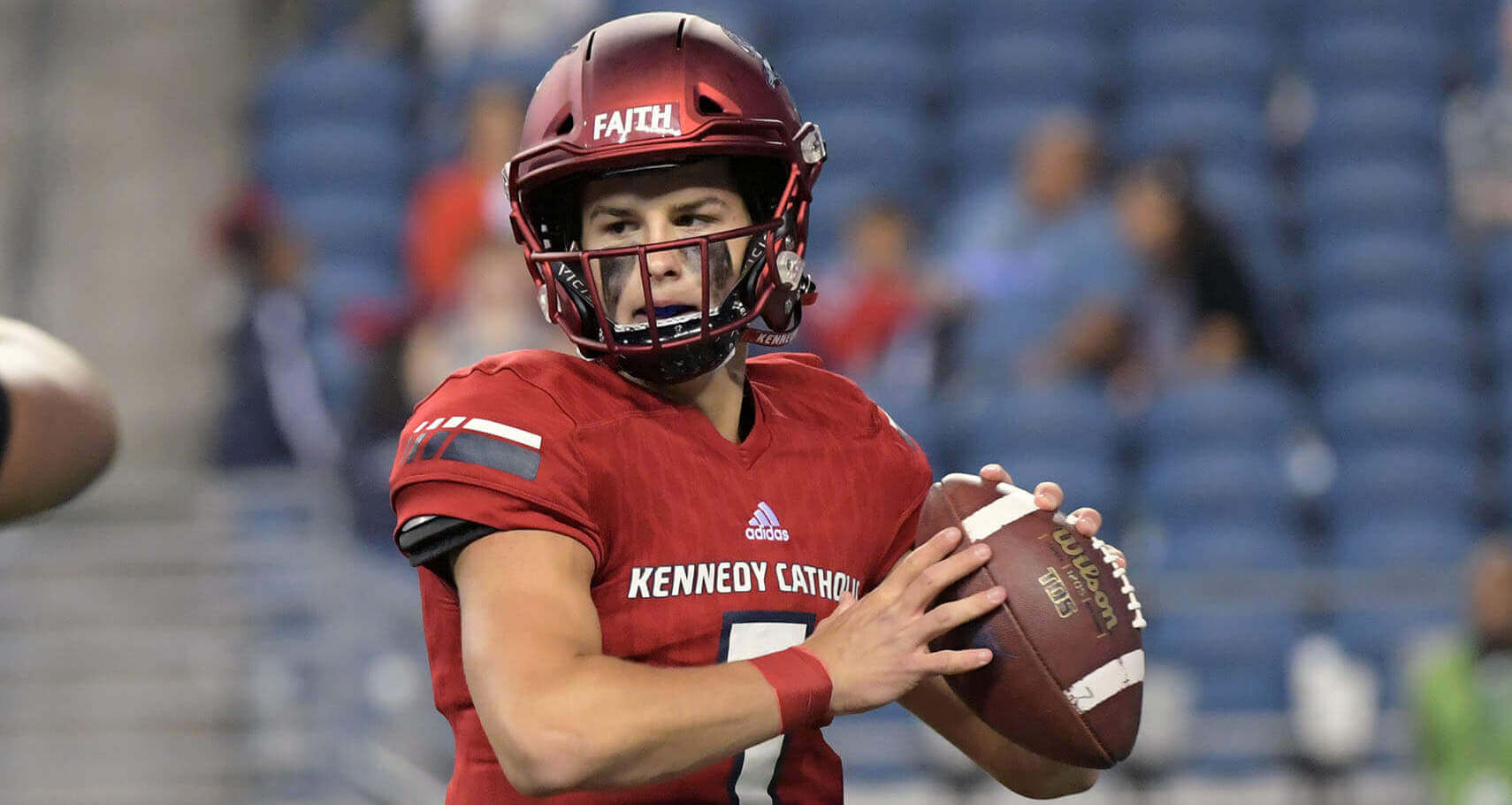 The potential 2024 class of quarterbacks is insane, and today, I kick off my Devy Player Profiles talking about the highest-touted one of them all, Sam Huard.

Who is Sam Huard?

The Quarterback room for the Huskies is full. Returning starter Dylan Morris who started all four games last year, looks to lead the team this year. Senior/Graduate Patrick O’Brien transferred from Colorado State to enter the room, but he hasn’t been overly impressive in any of his time on the field. Huard is scheduled to show up for spring practices, which could set the tone for him in this offense.

I believe Morris will be the guy, but they didn’t recruit Huard to sit for too long. I could see him on the field as early as year one, depending on how Morris plays.

Huard’s accuracy with the deep ball is so beautiful. You see below his back against the endzone, which did not phase him one bit, and he throws a perfect ball (that goes 50 yards) to his wide receiver, who turns it into a long touchdown.

One of the more impressive things here is how he effortlessly throws these deep balls into the perfect spot. Time and time again, you see him step into the pocket, move the pocket and let his arm do the rest of the work. Look at these few throws that show just that.

As you see in both clips, his receivers aren’t waiting for the ball or have to slow down for the ball, and he hits them in stride.

The NFL is looking more for mobile quarterbacks in the pocket, and Huard presents problems for opposing teams with his ability to be shifty in the pocket. First number 72 has him ready for a sack, he escapes, Next, we see number 55 set his sights on him, and he eludes him and throws a pass to the end zone for six.

Nobody will mistake Huard for Lamar Jackson, but he isn’t Tom Brady (athletically, that is) in the pocket. He sets up his game to move around in the pocket to make these types of plays, which sets him apart from the guys who have that run-first mindset.

Sam’s father is a former-NFL starting quarterback and had two uncles that played the position as well. He not only has that on his side, but he strives to be the best at the position. His high-school coach said he worked overtime to make sure that he could make the plays to help his team win football games.

They delayed the High School football season from the Fall to Spring, and some of his teammates decided to turn their attention to College, and while Sam already selected Washington and could’ve done the same, he stepped up and wanted to finish what he started. I respect him for that, and that type of unselfishness will win teammates over for years to come.

My expectations are high for Sam Huard. He has an explosive arm that can make every throw on the field. His deep ball placement is some of the best you will see coming out of high school. Pin-point accuracy, reading defenses, and his high IQ will make him a future first-round draft pick.