Tank Bigsby is one of the top RBs in the entire 2020 recruiting class. The talented kid from Georgia has decided on attending The University of Auburn. @ReflipeWThenuz breaks down the player and the situation. 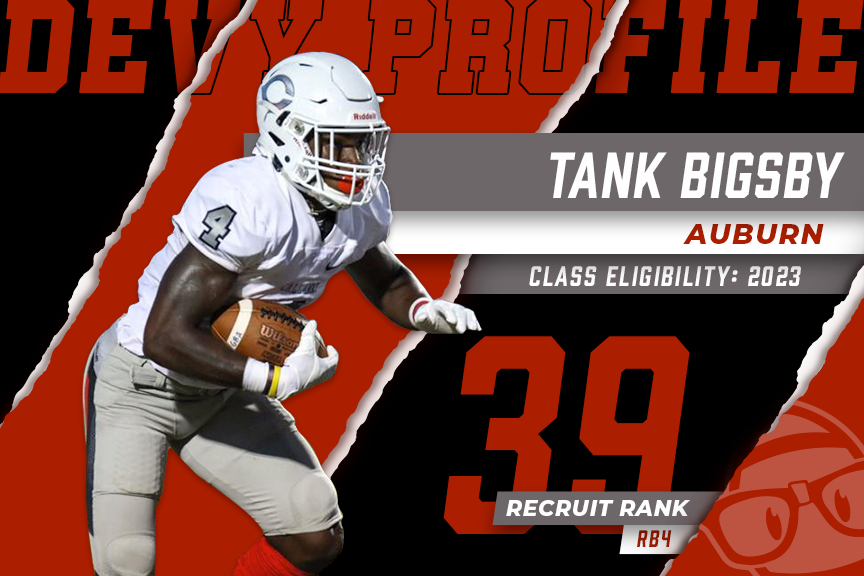 Coming out of Hogansville, Georgia, Tank Bigsby was one of the top RB recruits in the nation. Since his freshman season, the 5-star playmaker had been on the national radar when he nailed down the starting position at Callaway High School. The best schools in the country recruited him but, in particular, the heavy hitters in the SEC. He eventually received offers from Alabama, Georgia, South Carolina, and of course, Auburn. According to those closest to Bigsby, the Tigers sealed the deal with their thrilling 48-45 Iron Bowl victory over in-state rival Alabama. Tank was on a recruiting visit for this game, and the atmosphere was simply something he had to be a part of. He made the commit official when he posted the video below on his social media accounts.

Gus Malzahn Has been with the Auburn Tigers football team for the better part of a decade. Between 2009-2011 he served as the OC for then HC Gene Chizik. His up-tempo system melded perfectly with QB Cam Newton’s skill set. Eventually, it led to an Undefeated National Championship year in 2010. Following that season, Malzahn won the Broyles Award as the best assistant coach in College Football. In 2012 he left to become the Head Coach at Arkansas State before returning the very next year after the ouster of his former boss.

Malzahn is an offensive-minded coach. His system is predicated on speed both on and off the field. He runs one of the fastest-paced offensive systems in the nation. He detailed his philosophy in his 2003 Book Hurry Up No Huddle – An Offensive Philosophy.

The mainstay of a Gus Malzahn coached team is the running game. Across the course of his coaching career, he has called run plays consistently higher than passing plays. He has never called less than 50% running plays and, in fact, in 10 out of his 13 years has called running plays on 60% of his calls. Needless to say, RBs thrive in this scheme. Tank Bigsby will find himself on one of the best rushing teams in the nation with a coach who routinely feeds his RBs.

When breaking down Bigsby’s film, it’s immediately evident why he was rated as a 5-star recruit. The talented kid possesses an overall skill set that will blend perfectly with his new coaches’ scheme. There will be no need to rotate in other RBs on passing downs or in the red zone. On the heels of two massive seasons at Callaway HS 2018 2,221 yards and 22 TDs, 2019 1,636 yards and 27 TDs, there is a lot to like in his film.

You will notice immediately in the highlights below that Tank has speed to burn. According to one source, he has legit 4.5 speed. Having watched film from his Freshman, Junior, and Senior season, I find no reason to question the assertion. He combines that speed with one of the filthiest jump cuts you will find. You can see from the clip below in the Georgia High School Championship Game that he has the speed to get the edge combined with the vision to find the cutback lane allowing him to hit paydirt. Note the use of his off-hand to fend off defenders in allowing him to get the edge.

In the clip below at the Under-Armour All-American Game game, Bigsby flashed his speed as well. After finding the running lane up the middle blocked off, he had the speed to bounce it outside and get the edge against the contain DE. This type of play can sometimes get RBs in trouble and lead to lost yardage, but Bigsby had the requisite speed and power to finish off the run.

Bigsby possesses great burst to go with his long speed. Once the hole opens up, he has the acceleration to get upfield and chew up yards quickly. In the play below, also from the Under-Armour game, you will note how he lowers his shoulder to finish off the run and gain extra yardage while dishing out punishment, a constant feature of his style.

He has natural hands catching the ball out of the backfield. In the tweet below, you will see highlights of Bigsby’s last High School Game. In them, you will see a beautiful play where he comes back to his flushed out QB and bails him out by making a crazy catch on a shovel pass.

As with any young player, there is always room to grow. The area of his game that is most often brought up by the few detractors is his ball security. Tank Bigsby has had a penchant for putting the ball on the turf a time or two. From my scouting, this seems to be an issue that can be overcome with technique and concentration.

If he wasn’t already, Tank Bigsby should be on your devy radar. He is one of the more complete RBs in the nation. He has found his way to a run-heavy team lacking a true bellow since the departure of Kerryon Johnson.

Despite his coaches’ recent proclivity for using multiple RBs, I believe that Bigsby has a legitimate chance to make some loud noise in the SEC. He has succeeded in every level thus far and has the looks of a player who will eventually play on Sundays. He has room to grow and fill out his 6’1 frame with at least ten more lbs. of muscle he will undoubtedly do once on the Auburn strength program.

Keep an eye out for his kid as you will unquestionably be hearing his name called quite a bit on the SEC Network in the coming seasons. I will leave you with his junior highlight reel & Auburn’s hype video welcoming their new offensive weapon, Tank Bigsby.

🆕 Week three was a bit better but we still saw some key IDP guys catch the injury bug. Let’s see who is available on the waiver wire for week 4. 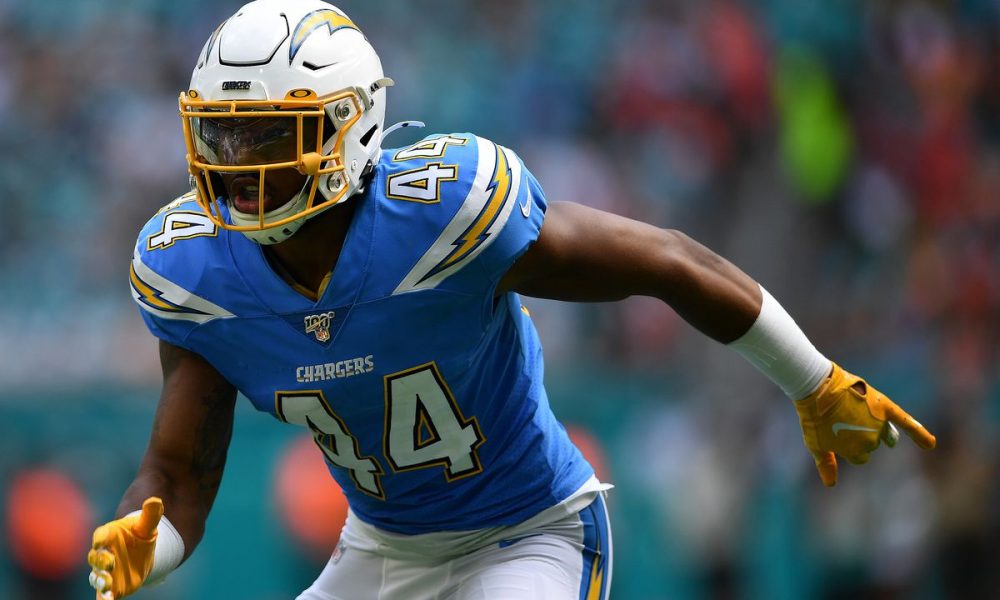 Week three was a bit better but we still saw some key IDP guys catch the injury bug. Let's see who is available on the waiver wire for week 4.

🆕 The week 3 to 4 transition is a great time to get some deals done. @DynastyJon highlights some guys he’s looking to acquire and sell at this time!

The week 3 to 4 transition is a great time to get some deals done. @DynastyJon highlights some guys he's looking to acquire and sell at this time!