A breakdown of the devy outlooks for each starting QB from the FBS Independent Conference. 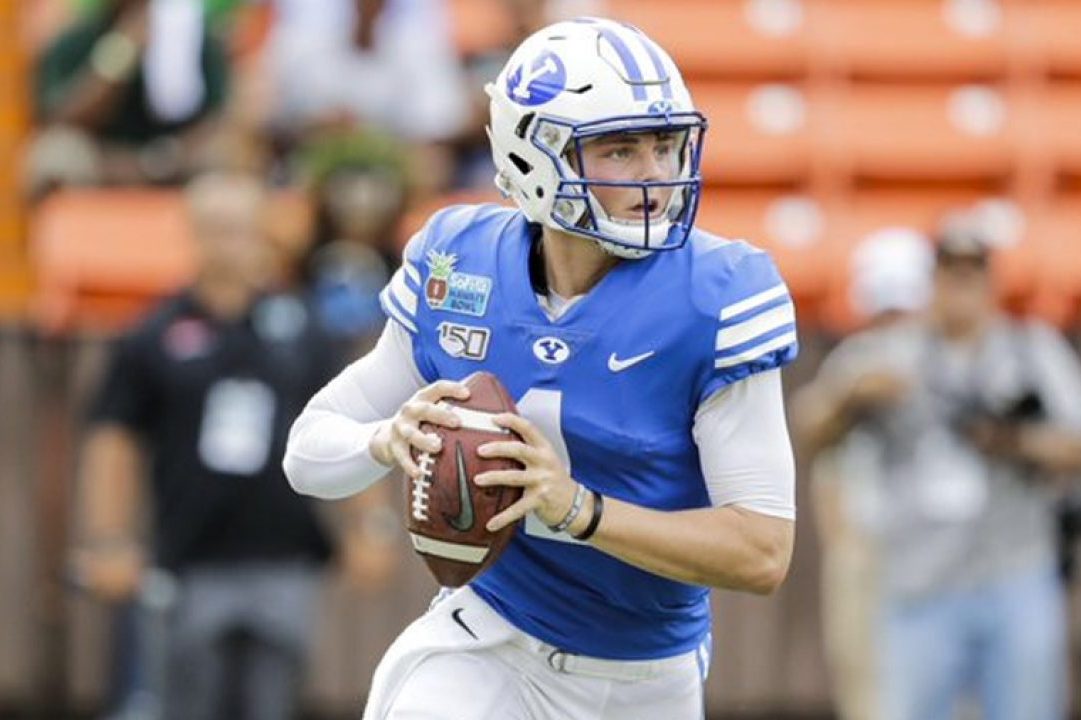 In this week’s Devy QB Corner segment, we visit the FBS Independent Conference. The Independent Conference features the highest percentage of teams to have played thus far in 2020. In this piece, we will be profiling the QB situations for Army, BYU, and Liberty. The other three teams in this conference (UMass, New Mexico State, & UConn) have opted out of playing football this fall.

Wilson appears to be firmly entrenched as the Cougars’ starter following impressive showings in both 2018 and 2019. Many draftniks and devy enthusiasts believe Wilson has an NFL caliber makeup. I tend to agree with those parties. Listed at 6’3, 210 lbs, Wilson has NFL size and decent arm strength to boot. Wilson first began to make waves last season, when he went a perfect 18/18 passing for 317 yards against Western Michigan in the Famous Idaho Potato Bowl.

Though he did find himself in competition for the starting role with Baylor Romney and Jaren Hall this summer, Wilson’s performance in camp solidified him as the top passer for this program. Wilson’s performance in Week One against Navy was simply another feather to add to his cap, as the junior completed 72.2% of his passes for 232 yards and a pair of touchdowns. The 55-3 drubbing handed to the Midshipmen would typically suggest a more prolific stat line for Wilson. Unfortunately for Zach Wilson stans, the Cougars coaching staff elected to run the ball early and often. Even so, Wilson’s efficient performance earned him the Manning Award QB of the Week. Though he did throw an ugly interception, Wilson looked poised and delivered several darts to his pass-catchers that demonstrated his case to become an NFL QB.

Pro Football Focus ranked Wilson as the 34th best returning passer in College Football for the 2020 season. Wilson graded out as the 17th best passer on throws of 10 yards or less in 2019, though his turnover worthy play rate was one of the lowest among qualified passers. Some blame Wilson’s decision-making abilities for his errors, while others blame the weak supporting cast afforded to him by BYU. The truth lies somewhere in the middle. Wilson is a very talented passer who can — at the very least — move the chains with short throws. If he can stay healthy and continue to improve his processing ability, Wilson may find himself drafted in 2021 or 2022.

As a military team who runs a triple-option offense, the Black Knights are essentially the last team you’d look to for a devy QB prospect. Through two games this season, Christian Anderson has looked much better running Army’s offense than he did in 2019. Yet the run-heavy nature of the Black Knights offense severely limits his upside for devy purposes. Anderson attempted only four passes in the team’s 42-0 blowout of Middle Tennessee State during Week One. Though he added 51 yards rushing and a touchdown, Anderson is not even a blip on the devy radar.

His week two performance was even less impressive, as he went 0/3 passing against ULM. However, Anderson did rush for 95 yards and two touchdowns in this matchup. Anderson also displayed incredible toughness in this contest, returning from an injury scare before the second half. Though his rushing upside makes him an intriguing value in College to Canton leagues, Anderson is a QB in name only.

The Flames do not play until September 19th, although we can analyze their QB situation from what we do know. Under HC Hugh Freeze, the Flames will have a chance to capitalize on the extra attention paid to non-power conference teams in 2020. Liberty is led by former Auburn QB Malik Willis. We don’t have a ton to work off from Willis’s tape, as he attempted only 14 passes for the Tigers during his tenure with the program. At 6’1, 200 lbs, Willis is not the biggest quarterback in the nation. Still, he is one of the more athletic players at his position.

We haven’t seen Willis play since the 2018 season. The dual-threat should shine for a Liberty offense that averaged 288.9 passing yards-per-game in 2019. Coming off of an eight-win campaign, the Flames are a program on the rise. Willis’s pedigree as a former three-star recruit suggests that he may very well be the most talented passer this program has seen to date. If Willis fails to seize this opportunity, fellow transfer and former Maine QB Chris Ferguson is waiting in the wings to supplant him as the starter. What Willis does with this opportunity will be the difference between another successful campaign for Freeze and the Flames or a step back into mediocrity. Though it’s unlikely that he can become a draftable player in this situation, stranger things have happened.

Make sure you subscribe to the #NerdHerd, where you get exclusive content, dynasty/rookie rankings, buy/sell tool, and a bonus podcast too. Dynasty Nerds recently launched the #DynastyGM tool, a complete game changer in the fantasy industry. We truly are your one-stop-shop for all your fantasy football needs!