Devy Running Backs to Acquire Before it’s Too Late! 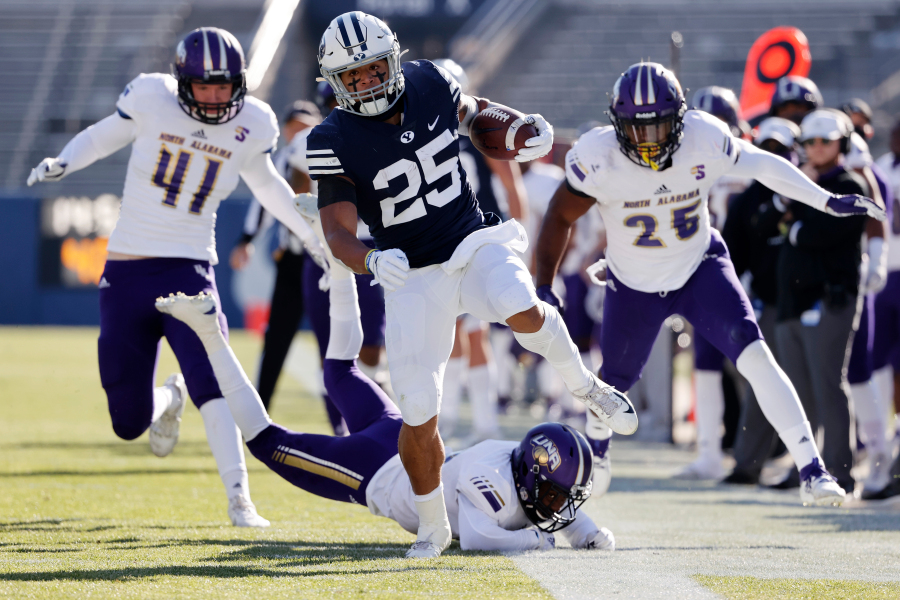 I’m going to cover five running backs who aren’t big names in college football but have the potential to help your fantasy teams now. Some of these guys are at smaller schools and don’t get the national recognition that they deserve. They are going to be players with high upside without spending those premium Devy picks. Let’s get into some potential steals in the later rounds of your Devy and Campus to Canton leagues!

Mitchell finished his freshman season at ECU in 2020, in which he showed outstanding speed and the ability to create big plays. He carried the ball 88 times for a total of 443 yards and two touchdowns. He also contributed in the passing game with 11 receptions for 75 yards and another two touchdowns. Due to his small frame, he won’t ever be a three-down bellcow in the NFL, but he’s got plenty of upside in PPR leagues and will be a nice contributor in your C2C leagues for low draft capital. Mitchell could provide value at the next level but likely isn’t going to return huge dividends.

Charbonnet may be one of the more controversial players on this list. He played his 2020 season at Michigan before transferring to UCLA this offseason. Expectations were high going into his sophomore season, but Michigan’s backfield was unpredictable and he disappointed many of his managers. Charbonnet is looking for a fresh start with UCLA and hopes to compete for the starting running back job in 2021. He shows great vision between the tackles with speed and quickness to break the long runs with ease. Charbonnet was a four-star recruit coming out of high school and had a bright future. Take him in the later rounds of your devy drafts, and be happy that you did.

Allgeier enjoyed a very successful 2020 campaign in which he totaled 1,130 yards on the ground, scoring 13 touchdowns in the process. Allgeier seemingly came out of nowhere like his teammate Zach Wilson, a top pick in the upcoming 2021 NFL Draft. While Allgeier showed great promise the past season, his biggest question mark heading into the future is if the 2020 season was a fluke. Can he continue his impressive career without Zach Wilson at the helm? The consensus among the devy community is that he will continue to produce at a high level next year. This could vault him into the consideration of being one of the top running backs taken in the 2023 NFL Draft. He’s not a player I would reach for in devy drafts, but if he falls to a round I felt comfortable taking him, his upside could prove worthwhile.

Bailey is an intriguing prospect for me, a rare combination of power and speed. AJ Dillon was taken in the second round last April and Bailey was the next man up. Instead, he saw limited action during the 2020 season, only rushing for 503 yards on 127 carries. His best game came against Syracuse where he had 25 carries for 125 yards. The workload presumably was the reason for Bailey entering the portal. He still has not found a new home, but I expect that to change soon. Bailey is going to be strictly a late-round C2C league pick. He offers some upside in C2C leagues where he has the chance to become a weekly starter on your roster.

Bowman is the player with the highest ceiling on this list. The former five-star prospect came out of Lakeland, Florida, originally committed to Clemson, and began his freshman season for the Tigers. Bowman decided to enter the transfer portal after only two games with nine carries for 32 yards. The heir apparent to Travis Etienne transferred to Florida, where he now has a clear shot at playing time. I believe he takes over the starting running back job for the Gators this coming fall and shows everyone why he shouldn’t be forgotten about just yet. Now is the perfect time to buy Bowman in C2C and Devy leagues. You are getting a player who projects to be an NFL starter for a discounted price. Make a move now before it’s too late, and you come to regret not jumping at the opportunity to grab a promising running back cheap.