Final week of the college football season is right around the corner. Who’s stock is changing as we approach the end of the season? @SportsfanaticMB tells you here! 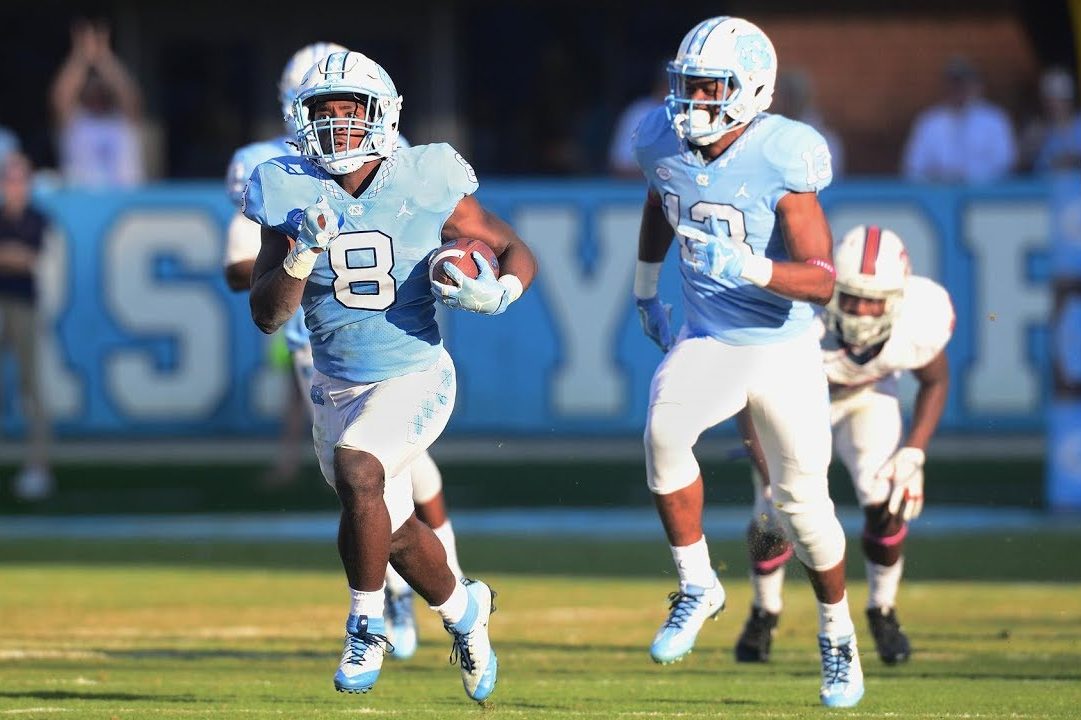 We have reached the final week of the regular season in college football. Next week is championship week for everyone. With that being said, we are reaching the end of the devy stock watch in 2020 as well. We will continue throughout championship weekend and do a final wrap up as well. Before we get into breaking down the Week 14 stock watch, I quickly wanted to say thank you. For all of you who have been reading this throughout the season and interacting with me on Twitter, it’s been fun. You’ve made doing this article more fun than I imagined.

Kedon Slovis has only been able to play four games this year and has been good in his first three. Going into a primetime game Sunday night, he put on a show. Five touchdowns and 200 yards in the first half against Washington State put him on the map for a lot of people. Slovis did suffer an arm injury, and there is a chance he doesn’t play this week. Regardless he’s moved up to the number two spot in the 2022 quarterback rankings and is locked in there for now.

Bijan was one of the more touted freshmen running backs of this class. Many had him as the top prospect of his class and thought he would be an immediate factor in the Texas Longhorns backfield. Well, it took eight games for us to finally really see what Bijan is all about. With just nine carries, he rushed for 172 yards averaging 19.1 yards a carry and scoring three touchdowns. Bijan has been good enough and so good last week that running mate Keontay Ingram opted out for the rest of the season and entered the transfer portal. Bijan has looked to have secured that backfield moving forward and is a guy whose stock is only going to rise moving forward.

Austin Jones is a name many may not recognize. Playing for Stanford on a team that has struggled this year. His play isn’t flashy but tough and gritty. He’s a powerful runner with above average-burst, and his vision and patience behind the line make him an incredible runner. This past week over 100 yards on the ground and two touchdowns. He’s moving himself up in the 2022 running back class.

Michael Carter has been having a really good season with UNC. I believe is being overlooked because of the hype around his teammate Javonte Williams. Yet if you look at him statically, he matches up with Javonte Williams on almost all of their production. In contrast, Carter profiles more as a receiving back than Javonte, who can do it all. Carter’s stock has been rising and shouldn’t be overlooked.

BYU and Zach Wilson played arguably their best opponent of the season this past weekend against Coastal Carolina. While we didn’t quite see the Zach Wilson, we were used to seeing. He still threw for 240 yards and had a completion percentage of 63.3%. Wilson definitely struggled at times against Coastal Carolina and showed us some possible flaws in his game. Overall, Wilson is still my fourth-ranked quarterback and should hold him. As his stock with shoot back up after he’s drafted in the first round in May.

After starting red hot for Wisconsin, Mertz has entered the ice age. While some will argue his play has dipped due to time missed because of Covid. He has not looked like the same player. Struggling to read defenses, throwing the ball poorly. Mertz has only passed for around 200 yards in the last three games, just a touchdown/interception ratio of 3/4. We don’t know what kind of effects Covid has had on Mertz. While his stock is going down, that doesn’t mean it can’t rise next year if he returns to form.

CJ Verdell, much like Mertz, has taken a major fall this season. After starting the season with back-to-back 100-yard rushing games, Verdell has failed to reach even 40 yards rushing in the past three. He suffered an injury in week three, which could be part of Verdell’s failure to keep up his momentum. However, Oregon hasn’t announced any kind of injury, so we don’t know what he’s dealing with. If we find out he’s been dealing with a significant injury, then his stock will likely rebound some.

This concludes my devy stock watch for Week 13 of the college football season. Continue to check back every week as we will continue to watch the stock trends of devy players moving throughout the year. For all my devy content, you can follow me on Twitter @SportsfanaticMB, and on my podcast the Devy Debate and Fantasy Football Roundtable.