@TheHQNerd pops in to talk about a few players to keep an eye out for as the college season debuts this weekend. 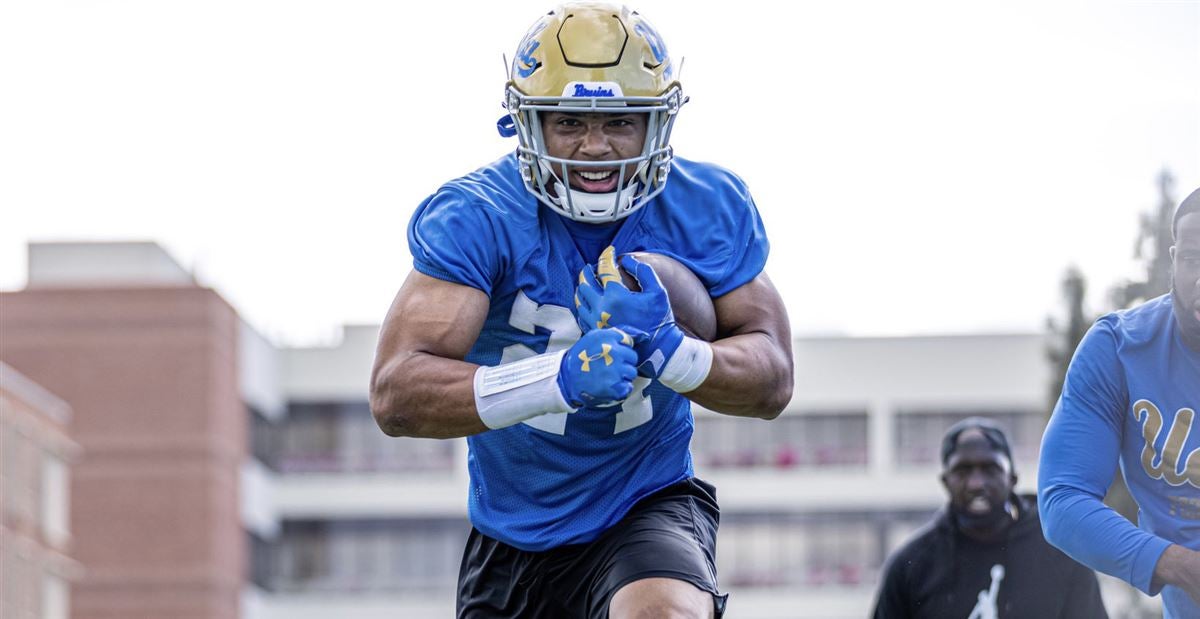 College football is officially back!

The long wait is officially over as we kick off the college football season this Saturday with a five-game slate. Week Zero has a few intriguing games, but it’s not a big-time group of games for the most part. Not a problem for all of us devy loyalists who have been impatiently waiting for the arrival of the season to kick off finally.

I will try and identify a few devy players to keep an eye out for this article. A running back moving on to a new school, an Incoming freshman running back, and a couple of veterans looking to make a leap.

So kick back in your favorite recliner. Make sure the chips and proper football food are nearby. Football is here!

Four-star recruit Zavier Betts stepped onto the scene in his freshman year for the Cornhuskers and showed he could make some plays. In a shortened six-game season, Betts totaled 12 receptions for 131 yards and this touchdown where he shows another gear.

As you saw above, Betts has intriguing speed. He also has good size at 6’2″ and 200 pounds. He has work to do in regards to route running and play strength.

Overall, Betts is a WR to keep an eye on in his sophomore year. He should be a focal point for Scott Frost’s offense in year two and has a chance to leap within the devy community.

Talented three-star freshman tailback Gabe Ervin Jr. has been getting solid offseason buzz. Ervin has all the attributes you like to see in a running back. One of them is size. Ervin stands in at 6’0″ and 215 pounds, according to Nebraska’s football website. Which means somebody has introduced himself to the weight room since arriving on campus. Ervin was listed around 200 pounds by most before enrolling in school. Ervin arrived on campus early for the spring and has had a chance to gain steam. It looks like he’s taking advantage of that heads-up start by improving his frame.

Beyond the size, Ervin is a smooth runner with solid intangibles. He shows solid burst and contact balance. Ervin plays hard on every down. He was a track athlete in High School as well. He also is dependable as a receiver out of the backfield. Overall, Gabe Ervin Jr. has what it takes to be the workhorse RB for Nebraska eventually.

We get to find out Saturday who has won the RB job. While Ervin has impressed, he faces solid competition. Markese Stepp is a former USC transfer that stands in the way, followed by Rahmir Johnson, Sevion Morrison, and Jaquez Yant. While we don’t know for sure who has won the job publicly, it looks like Nebraska privately may have made a decision.

I guess we will have to tune in Saturday afternoon to find out who the mystery player is. Regardless, the future looks bright for Ervin Jr.

Moving west, we find a TE who came out of nowhere last year to get on the devy radar. The 6’4″ and 245-pound Greg Dulcich of UCLA caught many eyes as he became a reliable playmaker for the Bruins in 2020. He’s a vertical move TE, which shows the potential to make plays after the catch with the ball in his hands. In 2020, Dulcich accounted for 26 receptions for 517 yards and five touchdowns. His ability to make plays downfield stood out the most. Dulcich averaged an eye-popping 19.9 YPR as a redshirt sophomore.

Dulcich will look to improve on his standout 2020 season this year as a critical weapon for the UCLA offense. With another big season, Dulcich has the chance to become a compelling prospect for the 2022 NFL Draft in a relatively weak TE class.

Former highly-touted four-star recruit Zach Charbonnet gets a chance to revive his collegiate career with a fresh start at UCLA. The 6’1″ and 220 pound Charbonnet didn’t live up to the hype at the University of Michigan in his first two years. Charbonnet played well in his freshman 2019 season totaling 756 yards and 11 touchdowns. 2020 would be a different story for Charbonnet as he played minimally and battled injuries.

There may be hope on the horizon for Charbonnet at his new home. While Brittain Brown and Charbonnet appear destined to both see the field, UCLA hasn’t been shy in support of their recent transfer running back, signaling rave reviews thus far.

Charbonnet will attempt to recover some of the devy status he has lost within the last year. He’s a name to monitor this fall out on the west coast.

Are you a member of the NerdHerd? If you are not, there’s no better time to join before the season starts! Follow this link and use my promo code “ TheHQNerd “ to get 15% off your subscription!