Week 7 is brings bye weeks and injuries. @50shadesofdrunk gives you the IDP’s to make or break your week. 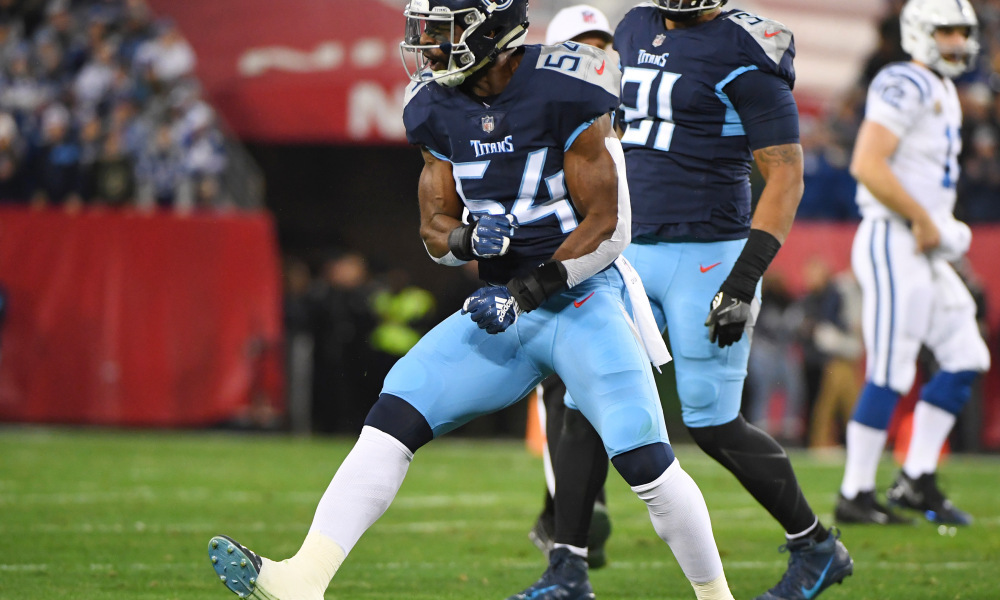 The Tennessee Titans drafted Rashaan Evans in 2018 in the 1st round of the NFL Draft. He played college football at Alabama, and while he wasn’t very productive for IDP fantasy football as a rookie, he’s coming on as a strong and consistent play in his sophomore season. Through the first 6 weeks on the season Evans has combined for 45 tackles and played 87% of team defensive snaps. Outsnapping fellow IDP friendly option, Jayon Brown. He’s playing up to his draft capital this season and the Titans defense is coming off an impressive performance, holding the Denver Broncos to just 281 yards of total offense in Week 6. In Week 7 he has a linebacker friendly matchup against the Los Angeles Chargers who are desperate for a win. Devin Bush had his best IDP game of the season against the Chargers, will the same be true for Evans?

After starting 74% of defensive snaps through the first 5 games, rookie linebacker Quincy Williams was in the doghouse Week 6 after he struggled mightily in Week 5. During those initial 5 games of the season, Williams accumulated 31 tackles. Definitely serviceable numbers for an IDP linebacker. However, he didn’t play a single snap on defense or special teams in Week 6. While his NFL trajectory has taken a turn for the worst, he’s a young player on a team that’s had its struggles in the locker room and on the field. Until he wins back the favor of the coaching staff he’s a must bench for IDP fantasy managers. Hopefully, that’s sooner than later. In the meantime veteran linebacker, Najee Goode seems to have supplanted him in the lineup and in shallow leagues he may be available on waivers as a spot start if needed.

Nick Bosa is a player that most defensive minds around the NFL have been aware of for several years now. The younger brother to pass rush prodigy, Joey Bosa, Nick has come on strong in his rookie season. He’s only amassed 9 tackles so far this season but 4.5 of those have been tackles for loss. Nick has also registered 9 quarterback hits, which ties him for 6th amongst all defensive lineman. That’s more quarterback hits than players like Aaron Donald (8), Calais Campbell (8), Joey Bosa (7) and Demarcus Lawrence (6). Coming into the league Nick was touted as potentially one of the best natural pass-rush prospects the NFL has ever seen. One of the only knocks on him was his history with injuries. Even in camp leading up to the season, Nick had injury trouble but since the season has begun he has looked explosive and fluid coming off the edge. While his tackle floor leaves a good bit to be desired his pass-rushing acumen has shown itself to be legitimately among the NFL elite. He may only have 3 sacks on the season but if you have watched him play you know that that number only tells part of the story. In Week 5 against the Clevland Browns Nick posted the highest grade by a rookie pass rusher that Pro Football Focus has ever recorded. In Week 7 Nick lines up against a suspect Washing Redskins offensive line which is a very plus matchup for the 49ers. Nicks coming off a game where he didn’t show up in the boxscore many managers wanted but he did play a robust 83% of defensive snaps. Back to full health, Nick Bosa is an IDP asset you would be remiss to bench most weeks, and especially in Week 7.

In the offseason, Jadaveon Clowney was a hot topic in both IDP circles and NFL circles. When he was franchise tagged by the Houston Texans as a linebacker and not a defensive end it was a very lively topic of debate. Clowney is by all regards one of the best pass rushers in the NFL. The game of semantics the Texans decided to play is similar to the one going on withing IDP right now, should an outside linebacker be subject to the tag and payment of a true linebacker when their job is one of a defensive end or pass rusher? Clowney was eventually traded to the Seattle Seahawks where he’s had a less than stellar IDP season. This is in large part because Seattle uses a rotation of edge rushers instead of keeping one player primarily on the field most of the time. He is second on the team in defensive snaps played at defensive linemen but still relatively low for defensive linemen with 69% of snaps. He’s “big play” dependant until he can be on the field more and faces a Baltimore Ravens team that doesn’t turn the ball over often. That coupled with the Ravens above-average offensive line, Clowney is a low-end DL3 this week.

The Los Angeles Rams had to put strong safety John Johnson on IR this week with a shoulder injury. This will be a big blow to many IDP fantasy rosters but one must prevail! Eric Weddle was signed in the offseason to play in tandem with Johnson and has performed very well. He did not start the season playing all the defensive snaps but the past couple of weeks he has and he’s currently tied for second in tackles on the season at defensive back with 51. Weddle was an afterthought in many IDP drafts this season and was even available on waivers until a couple of weeks ago due to the less than 100% of snaps played. Now that the Rams have lost Johnson they will be relying even more on Weddle, as well as rookie safety, Taylor Rapp. Week 6 takes Weddle to Atlanta where he faces a pass-happy Falcons team. There should be plenty of tackling opportunities for Weddle to continue his hot start this week and he should be considered a strong start the rest of the season.

Fresh off the bye week Buffalo Bills defensive back Jordan Poyer faces the (tanking?) Miami Dolphins. The Dolphins are objectively one of the worst offenses in football averaging less than 300 yards of total offense a game. They have bounced back and forth between quarterbacks Ryan Fitzpatrick and Josh Rosen since the start of the season. Both have struggled to get the offense moving downfield with any sort of consistency. By contrast, Poyer and the Bills have one of the best defenses when it comes to stopping drives and getting opponents offenses off the field allowing opponents just 275 yards a game. While Poyer has been a very reliable IDP option so far this season with his 33 combined tackles, 2 forced fumbles, and 1 sack in 2019, it’s prudent to temper expectations on his ability to provide IDP managers with a solid floor this week. Facing off against the Dolphins does mean there will be turnover and big-play upside but those are hard to project.