Digg This: Stefon Diggs to Buffalo

Will Diggs land on his feet in Buffalo? Will Allen -> Diggs become a thing in 2020? Who should you be buying & selling? @ekballer’s got answers 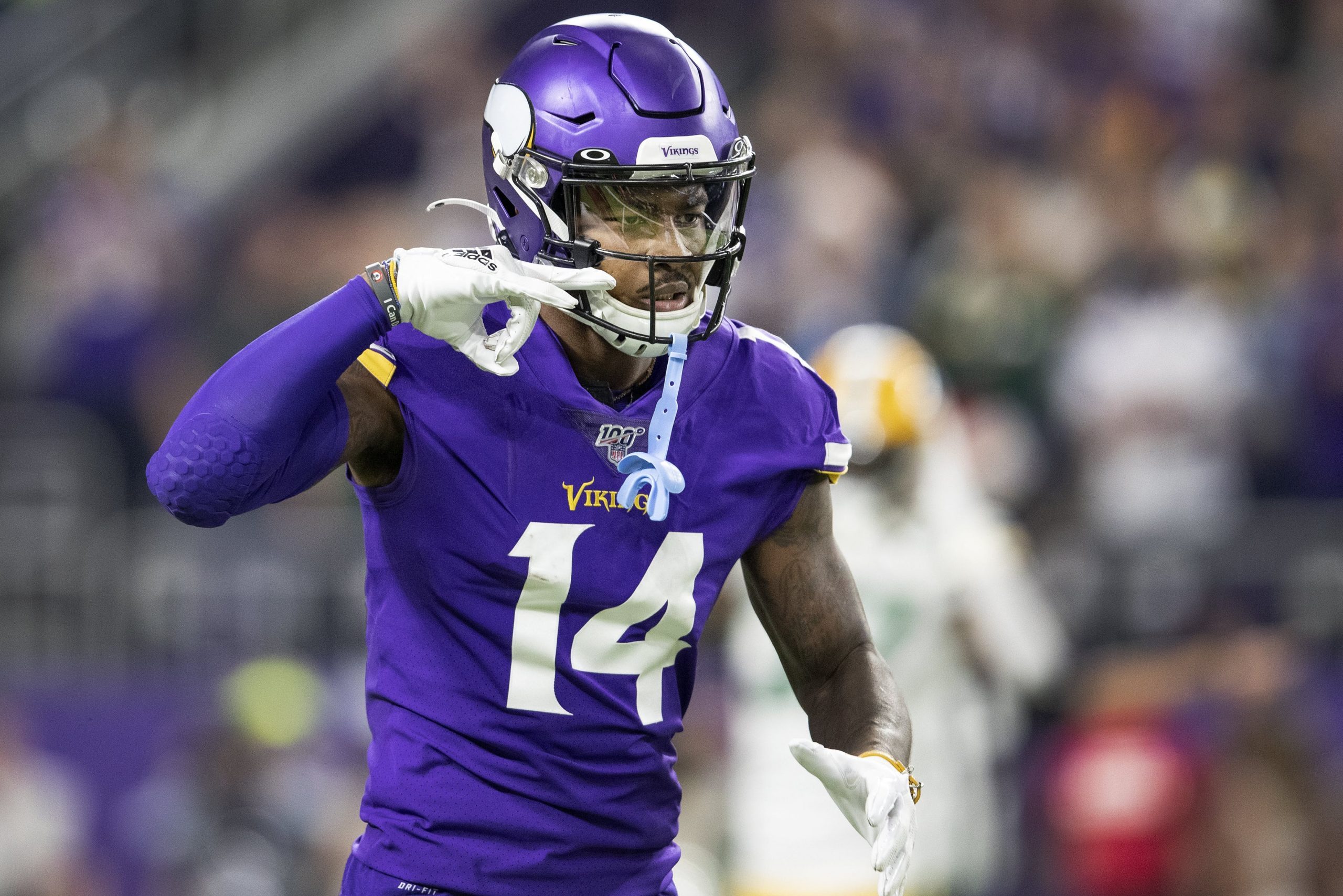 Stefon Diggs, after a full year of cryptic twitter comments and outright griping, has finally forced his way out of Minnesota.

The trade, news of which was broken late on the 16th by Jay Glazer, sends Buffalo Diggs and a 7th for a pick package including a 1st, 5th, 6th, and (21) 4th rounder.

While it’s been overshadowed by some of the other activity in this chaotic tampering period- namely, Bill O’Brien’s self-own, in which he sent AZ a future HOF WR for the ghost of David Johnson and a bag of peanuts- this is a bit of a blockbuster in its own right.

Diggs is considered by many to be an elite talent at the position (all day my timeline has been full of people calling him a top-5 WR ). That is debatable, but his razor-sharp route running, ability to get open, and extreme efficiency are not.

In 2019, Diggs ranked 2nd in yards/route run, 2nd in yards/target, and 4th in yards/reception. He was certainly aided by mean play-action off the Vikes’ Dalvin-Cook-led rush attack, but this is impressive nonetheless.

2019 saw Diggs post his career-best yardage total, 1130, despite a significant dip in targets from 150 to 94. His TD scoring also took a hit, with only 6 scores across 15 games. He finished as the PPR WR24, with a characteristically boom-bust season of massive blow-up-games followed by disappearing acts.

It remains to be seen if this move is positive or negative for Diggs. The immediate reactions from the Twitterlings have trended negative, but there are aspects of the situation that give me hope for him as well.

One of the biggest factors, of course, is the guy throwing him the ball, so let’s break down the numbers on Allen v. Cousins.

This chart contains an array of basic and advanced QB metrics by which we can make a comparison between the two signal-callers.

You can see that, for the most part, Cousins is the better passer. But what Diggs is good at might work well with what Allen likes to do; look at Allen’s IAY, CAY, and AYTS. He likes to push the ball downfield far more than Cousins did.

Obviously, team passing game volume is also a factor here. While BUF is hardly the most WR-friendly destination, it’s actually a substantial improvement over MIN.

It’s still not the environment you’d wish for him, but a 3-year average of 11 additional attempts/game is a huge bump. Even the 3.8 more attempts/game from last year would be significant.

Diggs is leaving a team with:

For a team with:

He immediately becomes the unquestioned WR1 on his team. I love John Brown- and he was a top-20 PPR asset last year- but Diggs is the better player by far, and Digg’s ex-teammate Thielen was stiffer competition for target share.

Diggs is likely to improve upon his 21.9% target share from MIN; coupled with the increase in total attempts, he should net several more targets per game. Brown, on the other hand, has little chance to reclaim the 27.9% share he saw last year.

I’m not going to make full projections here; that’s beyond the scope of this article.

But there’s some obvious, fairly-solid takeaways here, and then some questions as well.

Stefon Diggs: Digg’s stock is a little uncertain but, having parsed the data above, I believe it’s a net positive for him. He’ll see an improved volume and that should translate into nice production for him, even if the targets are of lower quality. If he can see consistent target volume he could sniff WR1 numbers, or at least the high-end of the WR2 range. Stock up, slightly.

John Brown: I don’t think this is death for Brown’s value, but it’s a ding for sure. He was one of the most consistent PPR assets last year due to his consistent volume. Look for him to be more of a boom-or-bust asset this year. It is worth saying though that Brown & Allen had a great rapport last year, and there is a scenario that there’s less of a gap from Diggs to Brown than I’m guessing. Stock down.

Dawson Knox: All that speed is going to spread out the defense more and make room for Knox to run wild up the seam. Stock up.

Devin Singletary: Any improvement to the offense is good for the RB1. Stock up

Josh Allen: Allen is the biggest winner in this trade. He gets another talented target whose strengths align with his own, a guy that’s hard to overthrow and can adjust to less-than-perfect throws. Stock up.

Adam Thielen: I’m guessing MIN plans to add someone either in FA (Robby Anderson?) or the draft. But until we see that happen, Thielen’s stock is way, way up. When he’s gotten volume in the past he’s been a locked-in WR1, and he’s always gotten volume when Diggs is off the field.

Irv Smith Jr. : The most obvious candidate to pick up some extra passing game work. Stock up.

Olabisi Johnson: Can he play some of Digg’s role in the offense? Stock up, unless they draft/sign someone better than Diggs.

Kirk Cousins: As much as Allen is a clear winner, Cousins is a loser in this one. He’s losing a top-10 talent, the kind of WR that makes their QB look good and pads the passer’s box score. For the sake of my Cousins shares I very much so hope they acquire some talent to fill the void Diggs is leaving in that offense.

Well, that’s it for this one. Hope it’s helpful. Go buy Irv Smith if you can!

Triple H’s: Hurst, Hooper, and Hope for the Future
The Times They Are a Changing: TB in TB