Donald Parham: From the XFL to your Dynasty roster

We’re always looking for some help at the TE position in dynasty @andy_buckler takes a look at a guy that can give you that much needed help at the position. 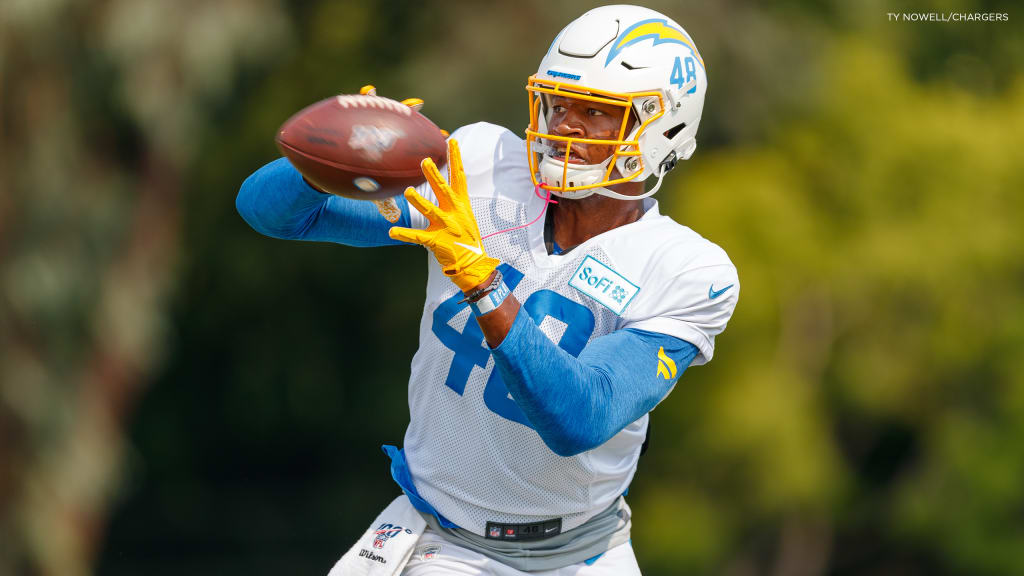 We all know how hard it is to find production from the Tight End (TE) position in fantasy football. What if I told you there was a 23-year-old 6’8″ athletic monster tied to Quarterback (QB) Justin Herbert that’s likely on your dynasty waiver wire. Allow me to introduce you to Donald Parham! Let’s take a look at why you should be adding him everywhere.

The Journey So Far…

Parham played college football at Stetson University, where he would go on to shatter school records. In his senior season, he posted an impressive stat line consisting of 85 receptions for 1319 receiving yards and 13 Touchdowns (TD). Parham finished up his collegiate career as Stetson’s all-time leader in receptions (180), (2,591), and TDs (20). Parham led the nation in receiving yards per game in his senior season, averaging just over 146 per game. He averaged the most receptions per game as well (9.4).

Despite those impressive accomplishments, he wasn’t selected in the 2019 NFL Draft. Following the draft, the Detriot Lions signed Parham but waived him two days later. Then, the Washington Football Team signed him before releasing him a week and a half into the season.

So, Parham joined the Xtreme Football League (XFL) in hopes of eventually getting one more chance in the NFL. He would make the most of his opportunity as he posted 307 receiving yards and 4 TDs off 24 receptions in just five games. His performance would earn him another shot to play in the NFL. Parham went on to sign a 2-year deal with the Los Angeles Chargers in 2020. He made the 53 man roster and showed some flashes of what he can do if given a full workload.

The Chargers’ current starting TE, Hunter Henry, is set to become a free agent this off-season. It’s uncertain whether the team will choose to bring him back or not. Henry will be a hot name on the Free agent market and draw interest from many teams around the league. I believe the Chargers will let him walk in free agency.

That would open up a massive opportunity for the former-XFL star to grab hold of the starting TE spot in Los Angeles. That’s why you should do whatever it takes to add Parham to your roster before the hype starts to build.

Parham played sparingly this year for the Chargers. He caught just ten passes for 159 receiving yards and three TDs. You may be asking yourself why I’m hyping a TE with only ten career receptions. The reason for that is that I see a ton of potential in Parham. At 6’8″, he showed he could be an elite red-zone weapon for Herbert. He can also make big splash plays down the field. Parham has all the tools to be an elite playmaker in the NFL when his number is called.

Parham is still on many dynasty waiver wires. He’s a must-stash in all formats, especially in TE premium leagues. Make sure you check all your leagues and scoop him up.

If he’s on a roster, I will look to send an offer the owners’ way. A fair offer would be a 2021 fourth-round rookie pick. If that doesn’t get it done, I will offer a third-round selection. Just make sure it’s in the middle of the round or later.

Making small moves like acquiring Parham when he’s still an unknown in most dynasty circles is how you can potentially win your league. The upside of Parham is endless if he ends up being the guy in 2021 and beyond.

Parham has elite athletic ability. If given the opportunity, he can be a potential top ten fantasy producer. For the price you can acquire him at, it’s an absolute no-brainer. Join me on the Parham hype train before it’s too late!