Don’t Give Up On Corey Davis!

This may sound like a broken record….but maybe this is Corey Davis’ year! @DynastyJon shares his thoughts on the breakout potential for Davis in year 4! 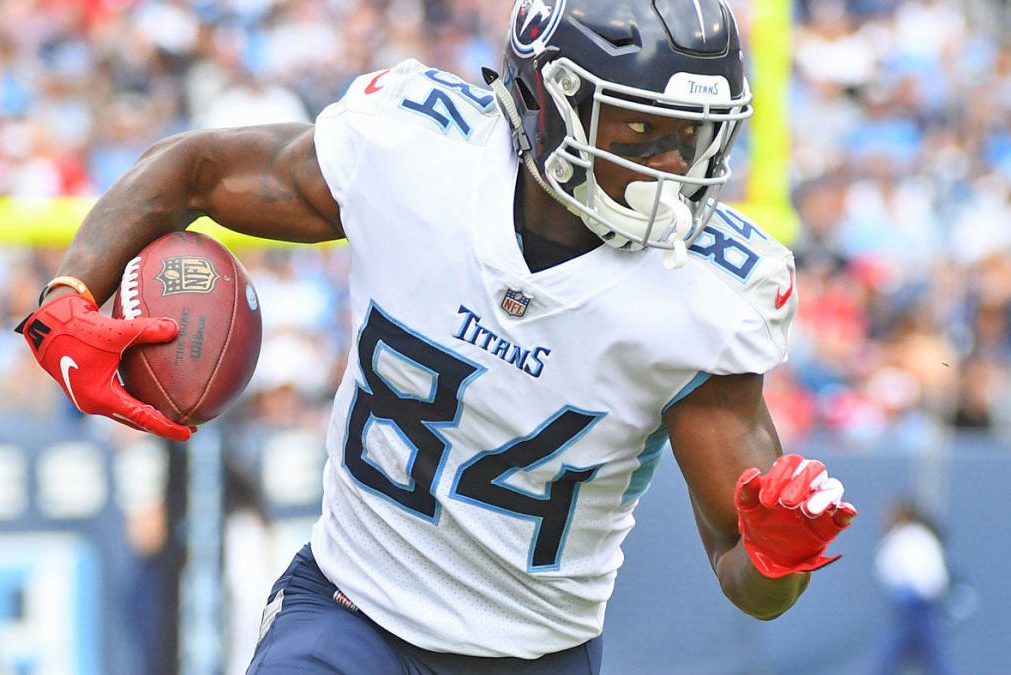 Is it Time to Give Up?

Every year we see WRs with high draft capital falling in drafts if they don’t produce early. In 2018, it was Tyler Lockett, and in 2019, it was Devante Parker. In both cases, these WRs were drafted outside of the top-48 WRs before breaking out. As recently as January this year, Corey Davis was ranked in the top 70 in Dynasty Nerds rankings. In recent months we’ve seen him fall below 160 in the rankings. In fact, he is now the 61st ranked WR. It would seem that the community has begun to give up on Davis after three years of production below expectations, on top of the emergence of AJ Brown. I think it’s a little too early to give up…..

Most of the reasoning I see circling the Twittersphere centers around Tannehill’s preference for AJ Brown as a target. I say, “Why not both?”

During his time in Miami, Tannehill’s best and most healthy years were from 2013-2016. During those years, his WR2 averaged 170 PPR points. In 2019, that would have been WR33 overall. During his 2013-2016 period, Mike Wallace, Jarvis Landry, and Rishard Matthews all experienced WR2 or WR3 seasons. During the same time frame, Brian Hartline, Mike Wallace, and Jarvis Landry all experienced WR1 seasons. Clearly, Tannehill has the competency to support 2 WRs. It’s not like the Dolphins had a gun-slinging offense in those days either.

If Davis could produce a WR2 season this year, I highly doubt he will continue to be ranked as the 61st WR. There are still lots of boxes checked. He’s still young at 25 years old. He has elite college production (5,285 yards and 52 TDs at Western Michigan), good size (6’3” 209-pounds), draft capital (5th overall pick in 2017), 18.7 breakout age (96th percentile), and a 51.6% college dominator rating (96th percentile). Everything you search for in a prospect appears to be there. The only thing missing is NFL production….

Of course, there’s every chance he could be another Jordan Matthews, but he certainly isn’t Kevin White. He doesn’t have a debilitating injury to worry about that has sapped his athleticism. We also seem to have miraculously forgotten about how bad Mariota played during his first few seasons in the league with Mike Mularkey’s “exotic smash-mouth” offense. I still believe that the talent still exists, and just because AJ Brown is talented, it doesn’t mean that Corey Davis is void of talent.

“A setback is just a set up for a comeback”

I believe Davis is a candidate for positive regression in 2020. Let’s compare Davis to AJ Brown. Davis had a slightly higher positive/medium play result to negative result ratio in 2019 on similar target production was nearly the same. Brown just got more targets. As cliché as it sounds, if Davis can regress to his targets of 2018, we will see a sizeable statistical uptick. What makes this challenging is that Davis’ targets in games Tannehill played is far lower than games without Tannehill. I’ve yet to put my finger on why he doesn’t have Tannehill’s trust, seeing as he produces well per target with Tannehill.

It’s a big “prove it” year for Davis. That being said, I think we’ve over-compensated on the regression of value. To wet your whistle a little further, it’s worth noting the following:

It’s not like Davis’ has had Aaron Rodgers throwing him the ball either…don’t give up on Davis quite yet.

20 Projections for 2020: Part 12- DJ Chark
How to Trade for a Quarterback in Superflex Leagues