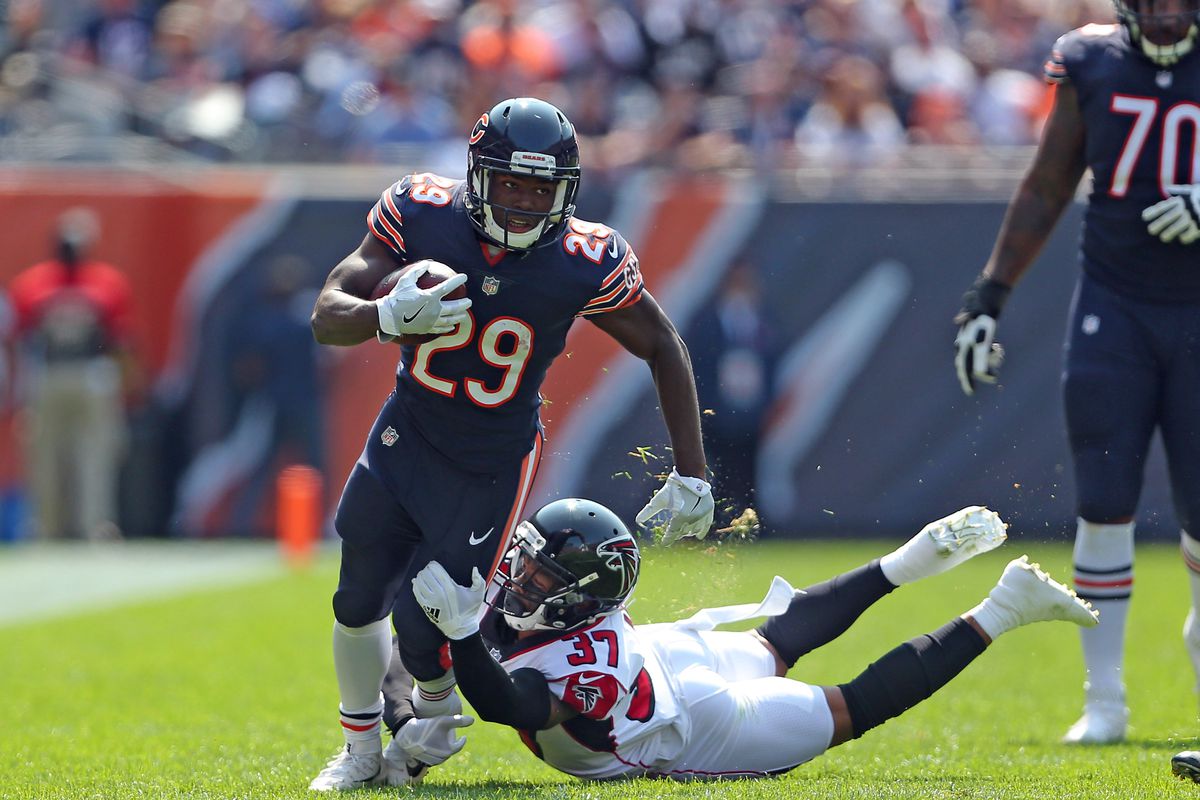 Running back is the position almost everyone goes after, but it seems as if no one ever has enough. Consistently, people overdraft the position because the player “might” end up being a three-down back and “could” find work eventually, but then skip over players with and established roles that might not be as sexy. The best example I have seen of this mentality is with Chicago Bears RB Tarik Cohen.

In most people’s mind’s the phrase “pass catching back” had a very negative connotation; however, this isn’t 1995. In today’s NFL, a player that is used typically in passing downs has tremendous value and in PPR leagues (which has become the “standard” league).

Despite being small in stature, this pass-catching back (Tarik Cohen), is a great example of the direction that the league is heading. In most weeks, Cohen will get 5-7 carries and another 6-8 target in the passing game. While it might not seem like much on the surface, almost all of these touches are designed to allow Cohen to do what he does best…get yards in space. On top of that, the 5’6 running back turned those touches into the running back 11 rankings overall on the season. This PPR monster only trailed 5 running backs in passing targets in 2018; McCaffery, J. White, Barkley, Kamara, and Zeke.

While keeping the numbers in mind, I have had 4 dynasty startup drafts this offseason and they have all been with people in the industry. In those drafts Cohen has gone as RB21,RB18, RB19 and RB22. So assuming that he is basically the same player next year then that is an incredible value. However, I think there are 2 main reasons that he will be even better. 1. This will be the 2nd year in the Matt Nagy system and I expect that the offense on the whole will be improved. 2. With Jordan Howard out of town, I do expect that Cohen will get a few more touches in the running game. Now before I hear about Mike Davis, I agree he will be involved but I can’t imagine he will carry the same load Howard did. I also could put on my detective hat a bit and tell you that I believe that there will another RB in Chicago due to the fact that the Bears have had 17 running back visits this offseason. However, all that, that drafted running back would do is potentially take away some carries away from Davis…it would do basically nothing to Cohen. In a perfect world you might even be able to get Cohen even cheaper post draft if the Bears do take someone else for the backfield.

All in all, I am a big believer in Tarik Cohen and I think he is a great RB2 for your team and even a better flex play.