Double Digit Round Start Up Gems

@AlexaTradeTalk gives you 5 names to target in the double digit rounds of your Dynasty Start Up Draft! 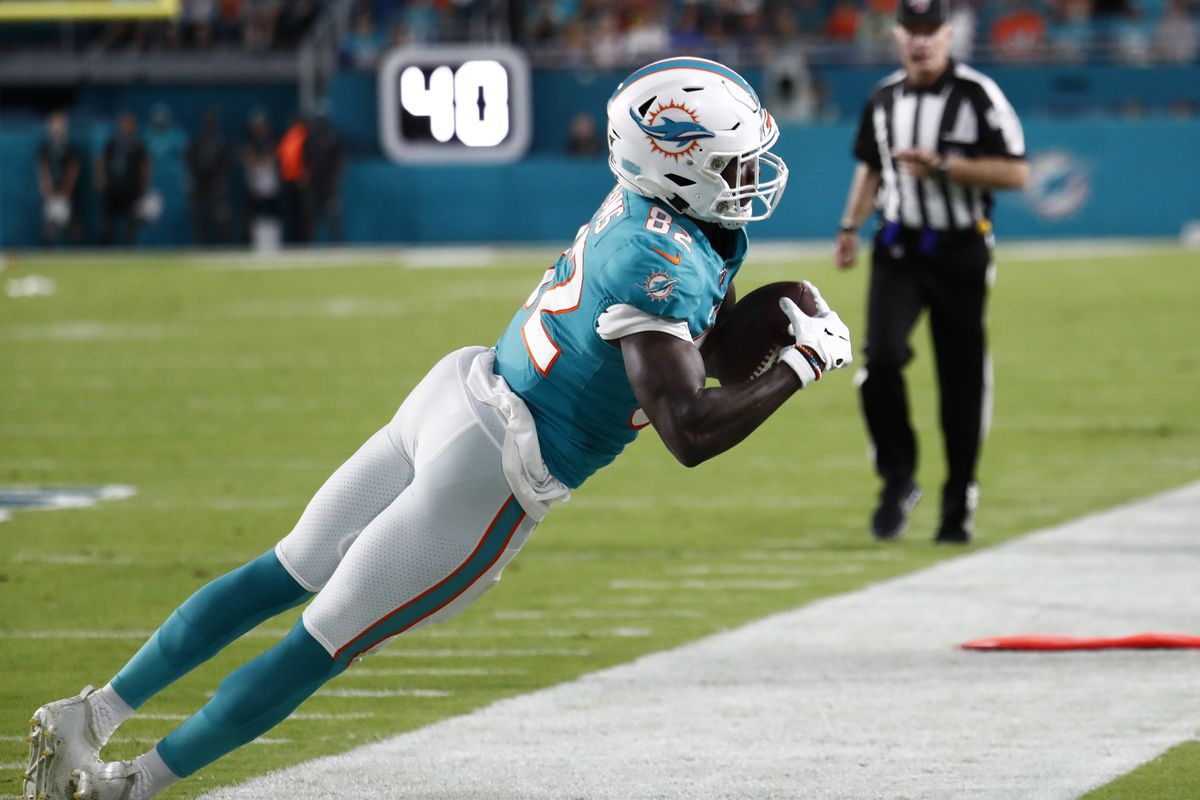 This is ridiculous value on Williams, who was undrafted out of Colorado State. Williams probably would have been a 2nd round NFL draft pick based on talent alone if it weren’t for some off the field concerns. The Dolphins major statement this offseason came at the NFL draft when they didn’t select a WR in the draft. This puts full confidence in the Dolphins pass catchers heading into 2020. If Williams is 100% healthy to start the season, look out for a big year. At 6’5” 210lbs Williams is going to be a problem for opposing defenses to cover. With DeVante Parker drawing the #1 CB each week, look for Williams to post a big-time fantasy leap in year two and skyrocket his ADP by season’s end.

The 22-year-old Boise State product has the talent to do it all. Look, we all know Dalvin Cook is the starter in Minnesota, no one is disputing that. However, the Vikings still have not locked up Cook long term, and this is not to mention Cook’s extensive injury history. Look for Mattison to take a big step forward in year two and get more touches on this offense. With the departure of Stefon Diggs, 94 targets are up for grabs. Some of those targets will be filtered to Mattison, who displayed fluid pass catching ability as a rookie and at Boise State. Mattison is a Dynasty steal in the 12th round.

Only the Philadelphia Eagles ran more 12 personnel than the Vikings in 2019. Much like Mattison, the departure of Stefon Diggs leaves 94 targets up for grabs. Look for the Vikings to continue to run a lot of two TE sets. The Vikings used 2nd round draft capital to acquire Smith Jr in the 2019 NFL draft. Irv Smith Jr has the NFL bloodlines to be successful in the NFL as his father Irv Smith was also an NFL Tight End. Most linebackers are going to have a tough time covering Smith Jr because of his speed, strength & route running. Irv Smith Jr’s value will only increase from here. Irv Smith Jr is a big time dynasty buy at his TE14 price!

Value! Value! Value! If you go WR early and need to fill out your RB’s late look no further than Mark Ingram II. Yes, he’s 30 years old, but 2020 should still be Ingram’s backfield. Defenses have to account for Lamar Jackson’s speed, which leaves gaping holes for Ingram II. Last year in his age 29 season, Ingram was the PPR RB11! He’s once again locked in for 200+ touches on an explosive offense. Ingram’s most certainly a mid-range RB2 (He’s my RB 19 in redraft) for the 2020 season making Ingram a major value going in the double-digit rounds!

Still, just 24 years old, Samuel is primed for a big-time jump in ADP. New head coach Matt Rhule is drooling thinking about ways to utilize Samuel’s Swiss army knife ability. The biggest checkmark in Samuel’s favor is a major upgrade at quarterback play. Kyle Allen could not hit the ocean if he fell out of a boat last year. New Panthers QB Teddy Bridgewater is far more accurate than Allen, boasting a 67.8% completion percentage and 99.1 passer rating in 2019 compared to Allen’s 61.9 completion percentage and a passer rating of 80. I see 1,200 all-purpose yards for Samuel in 2020. He’s a big-time ADP riser making Samuel a double-digit round startup gem!

There is plenty of value to be had in the double-digit rounds of your Dynasty Start Up Draft. This will be the foundation of your Dynasty roster for years to come. Williams, Mattison, Smith Jr, Ingram & Samuel are just a few names to keep on your radar in the double-digit rounds. Nail these late round picks and you could be set up to dominate your league!

Follow more of Alexa’s content on Twitter and her articles can be found exclusively at DynastyNerds.com. Have you tried the new DynastyGM tool? For just $2.99/month you can see how your team stacks against your leaguemates, see who would be a good trade partner, and much more.