Down and Dynasty – AFC North Stashes 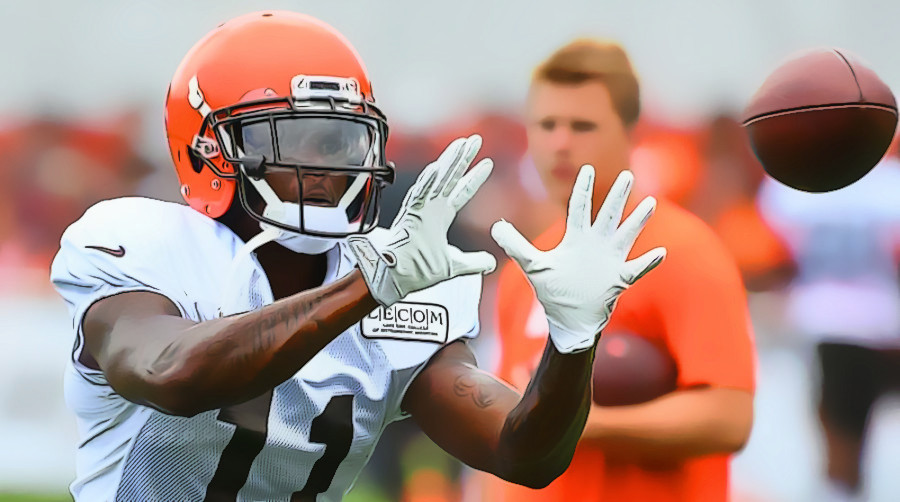 Our next Dynasty Nerds series, I along with other Dynasty Nerd writers give you some targets to stash in each division. While there are the obvious names of players you should be targeting for your drafts, I want to give you some lesser-known players. Drum roll, please…..

If you follow me on Twitter, you know that I am a huge Hill truther. I have been grabbing as many Justice Hill shares as possible. Hill is going late second and sometimes early third in rookie drafts. No team rushed the ball more in 2018 than the Baltimore Ravens. Baltimore’s lead back is 29-year-old Mark Ingram who will turn 30 during the 2019 NFL season. Isn’t there some kind of phrase with 30-year-old running backs? Let that sink in for a minute. Baltimore is projected to have one of the easiest rush defense schedules in the league also this year. Baltimore will continue to be a run-heavy team as they have built their offense around the strengths of Lamar Jackson. When Jackson drops back to pass, I look for him to get rid of the ball quickly in a one to two read offense which could result in numerous check down passes to the running back. Even though he wasn’t asked to catch the ball much at Oklahoma State, Hill is a great pass catcher. Hill will have more value in PPR leagues over standard leagues. I project Hill to have similar production as Nyheim Hines had in his rookie year.

The Cleveland Browns starting offense is already loaded with fantasy stars. Cleveland added Odell Beckham Jr and Kareem Hunt into the offense in the offseason and has Cleveland fans excited for the 2019 NFL season. One player that’s being overlooked now is the second-year receiver, Antonio Callaway. In his rookie year, Callaway went 43-586-5. Callaway will have to beat out Rashard Higgins to become the clear #3 receiver behind Beckham and Jarvis Landry which makes some believe the lack of targets will hinder Callaway’s value. However, Cleveland offensive coordinator Todd Monken comes over from Tampa Bay where he ran 60% of his offensive plays from the 3 wide receiver set compared to Cleveland at 37%. Callaway’s recent ADP has him at WR61 behind Jamison Crowder, Albert Wilson, and Marquise Lee.  I look for Callaway to easily surpass that current ADP ranking.

The Cincinnati Bengals haven’t reached the postseason since 2015 and Andy Dalton’s playoff record is 0-4. Dalton had an extremely long leash under former coach Marvin Lewis but that might change under new head coach Zac Taylor. If the Bengals start the season slow, changes will be made and they usually start at the quarterback position. In the 2019 NFL Draft, the Bengals selected Ryan Finley in the fourth round. Finley has to beat out the incumbent backup Jeff Driskel who went 1-4 last year for the Bengals while Dalton was injured. Cincinnati has playmakers at wide receiver and great pass-catching running backs in Mixon and Bernard which translates to fantasy goodness.  Finley is going undrafted in most rookie drafts and would be a great stash for your taxi squad especially in super-flex leagues.

Rudolph was taken with a third-round draft pick in the 2018 NFL Draft. Pittsburgh is already planning the successor to Big Ben. Big Ben will 37 at the start of the 2019 season and has already flirted with the possibility of retirement last offseason.  Rudolph will have to secure the backup role from Joshua Dobbs. Securing that role will have him stepping into a very fantasy-friendly offense which has been a top 10 offense for the past 5 years. Much like Ryan Finley, Mason Rudolph would also be a great stash, especially in super-flex leagues.

Thanks for reading and don’t forget to follow me on twitter @dynastydadmike. I love to talk football and always love to interact with the fantasy football community. I will always answer your dynasty football questions and good luck in your fantasy football season. Also, make sure you subscribe to the Nerd Herd where for 3 bucks a month, you get exclusive content, dynasty/rookie rankings, buy/sell tool and my exclusive Dynasty rankings. God Bless!

Uncle Will: The Forgotten Rookie
Down and Dynasty – NFC East Stashes