Down and Dynasty – AFC West Stashes 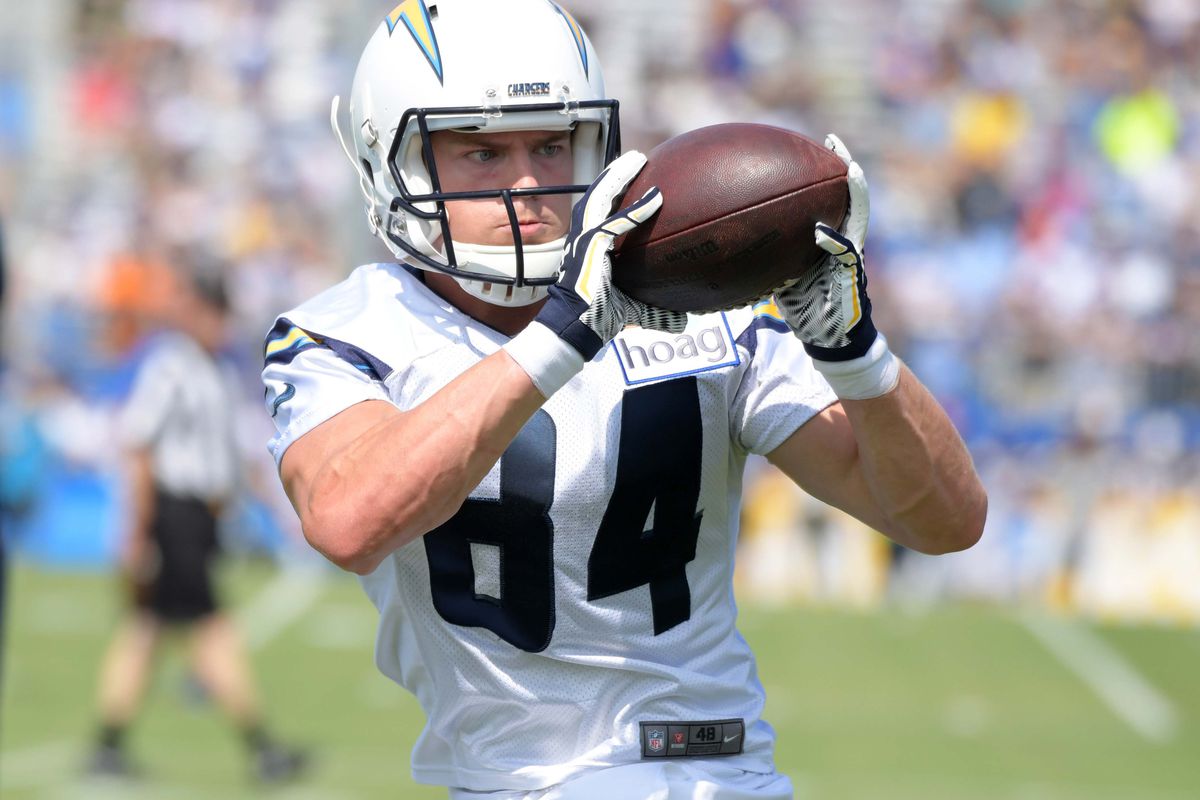 The AFC West has the potential to be the most entertaining division in all of football this year. Between Mahomes, the electric Chargers offense, the show in Oakland, and the changing of the guard in Denver, there are a plethora of storylines to follow this year. But, we’re here to talk about dynasty football. Let’s get started.

Jake Butt had a decorated career during his tenure at Michigan. His list of accolades is an exhaustive one: 2016 First Team All-American, All Big-Ten First-Team (2015, 2016), 2015 Ozzie Newsome Award (top collegiate tight-end), 2016 John Mackey Award (most outstanding tight-end), and Kwalick-Clark Tight-End of the Year in 2015 and 2016. I know what you’re saying, this isn’t college. To be frank, the reason I am looking to stash Butt is not because of what he can do for the Broncos in 2019. It is because of what he might do for another tight-end needy team (I’m looking at you, New England).

There was a lot of excitement for Butt entering the draft with a breakout age in the 94th percentile and a dominator rating in the 69th, per playerprofiler.com. Butt will be entering his 3rd year in the NFL. His 1st 2 seasons were derailed by injuries (he is supposedly slated to play week 1 this year). Tight-ends have historically taken about 2-3 seasons to adapt to the game at both a physical and mental level. Due to his injuries, Butt might be a step behind in his development, but the Broncos still must see something in the former 5th round pick as they’ve kept him on the roster through the past 2 seasons. With the arrival of this year’s 1st round pick, Noah Fant, the Broncos have provided themselves with an opportunity to send Butt elsewhere. Butt can most likely be had for free; I would not be seeking to give up any assets of any degree of significance for him. However, if Butt lands in a favorable situation (he’s also a free agent in 2 seasons), then his value will begin to rise.

It’s no secret that the Chargers boast one of the most electrifying offenses in the entire NFL. Tyrell Williams, now with the Oakland Raiders, departed the team in free agency this offseason and the team will be seeking to replace those targets. Tyrell Williams filled a specific role in the offense as a deep threat with Mike Williams working on the outside. Mike Williams, a bigger receiver, was used as a potent red-zone threat to complement the skill sets of Keenan Allen and Tyrell Williams. But, if Mike Williams is, in theory, elevated to Tyrell Williams’ role, then who steps up into his? There are a couple of options. The first could be Hunter Henry, fresh off of an ACL tear in which he missed the entire 2018 campaign. The second could be Dylan Cantrell. Cantrell is a second-year receiver from Texas Tech. Cantrell is a good athlete measuring in with a SPARQ score of 123.7 (92nd percentile in class) and standing at 6-feet and 3-inches. It is feasible to see a role where Cantrell takes over some of the duties that Mike Williams was performing last year. There is strong competition for the number 3 wide receiver position and Cantrell will be right in the thick of it. He will be competing with the likes of Travis Benjamin, Geramy Davis, and Artavis Scott for that role. Benjamin did just sign a 2-year extension with the team this offseason and would be Cantrell’s toughest obstacle to hurdle to becoming a relevant member of the Chargers’ offense. The Chargers’ offense has the potential to support up to 5 or 6 fantasy relevant players and personally, I want every piece I can my hands on.

Still searching for the big play threat in the Chief’s offense after Tyreek Hill? Sure, the team drafted Mecole Hardman in the 2nd round of this past draft and rightfully so, there is reason to be excited. Byron Pringle has received a ton of praise from coaches entering his 2nd NFL season. Andy Reid has even said that Pringle has been “working with the ones in a rotational fashion”. Sadly, Pringle has been rather forgotten considering he tore his ACL in the preseason last year and missed the rest of the season. However, when entering the draft, Pringle averaged 24.1 yards per reception at Kansas State which was good for the 98th percentile in his class. Pringle went undrafted last season, but has a legitimate opportunity to compete for the number 2 spot in the receiver depth chart. Demarcus Robinson could also be in competition for the number 2 role, but is a free agent next year and relatively struggled with the opportunities he was given last year. With the cloud of uncertainty that continually surrounds Tyreek Hill (Update – as of July 20th Tyreek Hill will not receive any discipline from the NFL) and the injury-ridden Sammy Watkins, there might be an opportunity for Hardman or Pringle to become the team’s primary outside receiving threat this season. The difference is Pringle is essentially free and one would probably require an overpay to acquire. I’ll throw my dart at the “free” board and see what sticks.

Darren Waller is in-line to be the starting tight-end when week 1 rolls around, but there is only one tight-end on the roster with draft capital and a long-term contract: Foster Moreau. Moreau’s SPARQ score of 127 was good for the 92nd percentile in the class, according to playerprofiler.com. Moreau’s primary strength is as a blocker, but it’s obvious he has the athletic ability to do much more. The decision to stash Moreau would be a complete projection on his ability to develop and on Moreau becoming the primary option at tight-end in the next 2-3 seasons. There will be some work to be had in the middle of the field for this Raiders offense. Antonio Brown and Tyrell Williams should be enough to keep defensive coordinators occupied on the outside. That should allow some players to slip into the middle of the field for some sneaky productivity. Again, this is all assuming that Moreau does actually develop a viable receiving skillset. Moreau, a 4th round pick in the 2019 draft, is the most stash worthy option on an evolving Raiders offense.