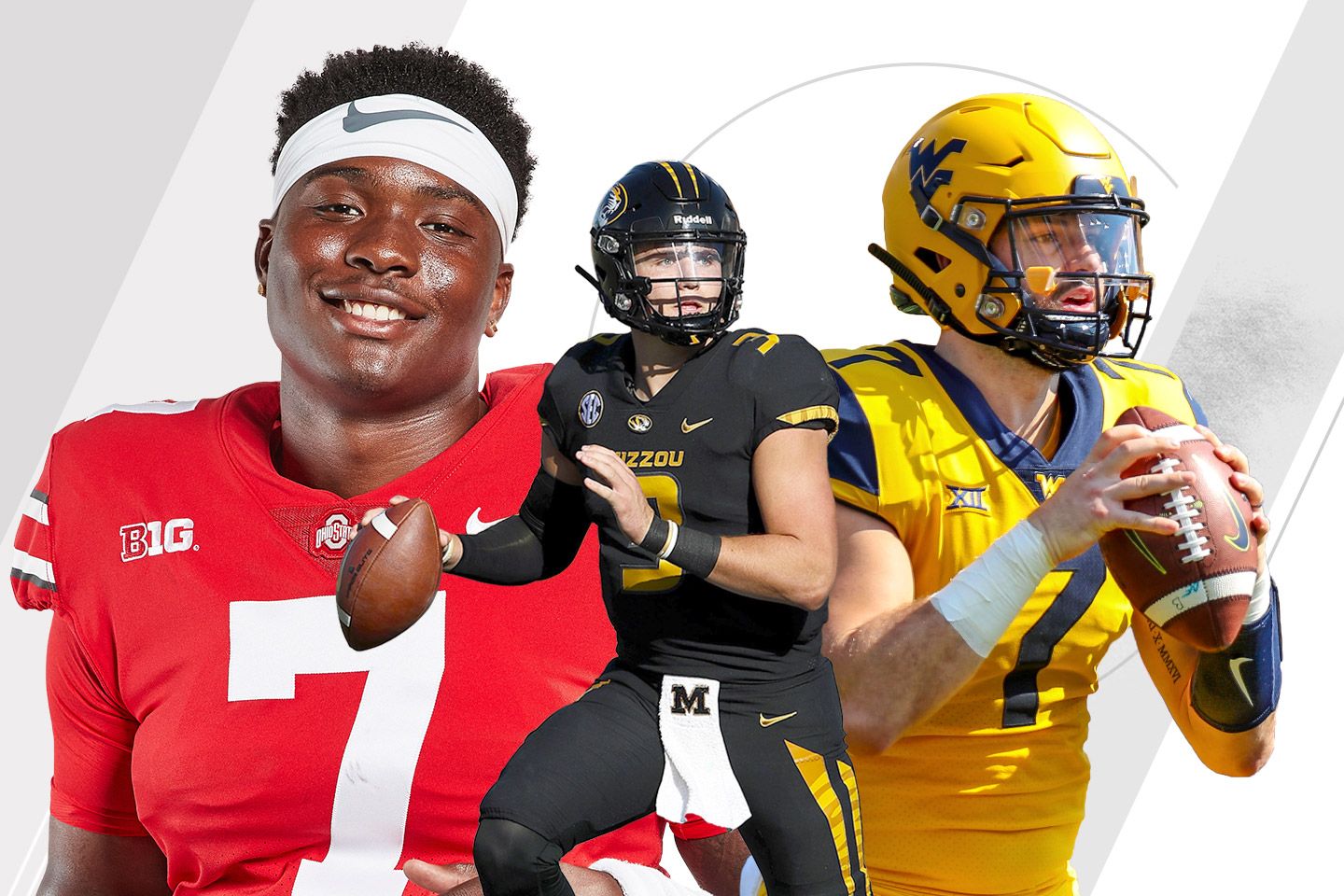 Quarterbacks are the marquee players of the NFL and each draft class brings a few candidates for stardom. Making a mistake by spending a high draft pick on a quarterback that doesn’t pan out can set a franchise back years and cost head coaches, personnel men and general managers their jobs. Some quarterbacks transcend offensive schemes while others will only thrive in specific systems. This class is one of the weaker ones in recent memory but there are some options that will get a shot to lead a team.

My top-rated quarterback in the 2019 class, Haskins as of late has been perceived as sliding in the draft. He is 6’3” 231 pounds with an accurate arm with plus arm strength. Not very mobile but with good instincts in the pocket, Haskins is able to work through progressions and make good throws. The former Buckeye has the arm, ability to read the field and fearlessness to run any offense, not the option. There are questions about his experience having only started one season. On this play against rival Michigan, Haskins rolls out to the left, squares up and hits a wide open receiver for a touchdown.

While I feel Haskins could step in and start from day one, sitting behind Dalton for a year and getting acclimated to the NFL would be good for Haskins. The Bengals can cut Dalton after 2019 with zero cap hit. The Bengals have some young offensive stars in Mixon and Boyd to go with veteran stud AJ Green and with 11 picks in the 2019 draft the team address any positional needs they may have. Grabbing Haskins with the 11th pick gives new head coach Zac Taylor his franchise signal caller.

Murray is one of the most polarizing players in the 2019 draft. Checking in at just 5’10” and a beefed up 208 pounds with great scrambling ability, a rocket arm and questions about his love of the game based on his status as a first-round draft pick by the Oakland A’s persist. Murray has the arm to make the throws and is accurate on the move. He will excel in an RPO scheme but does have scheme versatility. Like Haskins, Murray only started for a single season but went on to win the Heisman trophy as the best player in college. Against West Virginia, Murray runs this RPO to perfection pulling the ball out of the running backs belly and completing the pass down the field.

Drafting Murray with the fourth pick likely means that Derek Carr gets traded. With a ten-year contract John Gruden has the security to take the risk on Murray. After signing Antonio Brown, who is good at improvising for a mobile quarterback, and Tyrell Williams, who has the speed/size combination to stretch the field for a quarterback willing to let it fly, the Raiders look built for Kyler Murray.

I am higher on the West Virginia alum than many. Completing just under 66% of his passes in college with a near 4:1 touchdown to interception ratio Grier also shows a willingness to push the ball down field despite having just an average arm. He has shown the ability to work through his progressions but sometimes loses pocket awareness leading to sacks. Grier isn’t afraid to take a shot and on this pass, he places the ball right over the defensive backs shoulder and into the hands of the receiver for a touchdown.

The Redskins are a mess at quarterback. Alex Smith may never play again after suffering a horrible broken leg, back up Colt McCoy also suffered a broken leg leading to an off-season trade for journeyman Case Keenum. Washington can afford to be patient, but without a third and fourth round picks grabbing the quarterback of the near future, maybe as early as midseason, with one of their second rounders makes a lot of sense.

Big bodied and strong-armed Lock threw for over 12,000 yards and 99 touchdowns in college. The downside though is that he completed just 57% of his passes in college with a 2.5:1 touchdown to interception ratio. Lock can show you full field reads with gutsy completions one drive and frustrating interceptions the next. In this game against Florida, we see Lock use his eyes to move the linebacker and open up the middle of the field for the touchdown.

The Chargers do not have an immediate need for a quarterback behind veteran Philip Rivers but bringing in a rookie to groom behind him would be a very smart move. Rivers is 37 years old and still has a couple of years left and that process seemed to work pretty well for the Green Bay Packers about a dozen years ago. Spending the 21st pick to set up the succession plan is a smart plan.

Jones is the last of this quarterback class that I think has a chance to become a starter in the NFL. Tall and athletic, Jones looks the part coming off the bus, he does, however, lack a big-time arm. Jones will need to go to a team that runs a short, timing passing game with the occasional shot downfield. Jones completion percentage doesn’t look great but according to draft analyst Lance Zierlein, the Duke pass catchers dropped 38 passes. In this clip against Virginia, we see Jones hit a quick pass that the receiver turns into a big gain.

Jones looks like he fell off the Manning tree. The Giants offense is set up for Jones skill set with Saquon Barkley and an effective play action game and dual slot receivers in Golden Tate and Sterling Shepard. Quarterbacks get pushed up the draft board and Jones should be no exception. If the Giants can be patient and let the board fall like I’m predicting the Giants can spend the 17th pick on Jones and let him back up Eli Manning for a year.

You can catch me on twitter @culture_coach and on the Fantasy Football Roundtable podcast on your favorite podcast player.

The Missing Metric
4-Round 2019 Mock Draft and Fantasy Implications: Round Four