Antonio Gibson was a versatile playmaker as both a WR and RB for Memphis. After a strong combine, he’s looking like a prospect with high upside!
Check out @DynastyJon’s article on the Tony Pollard replacement in Memphis! 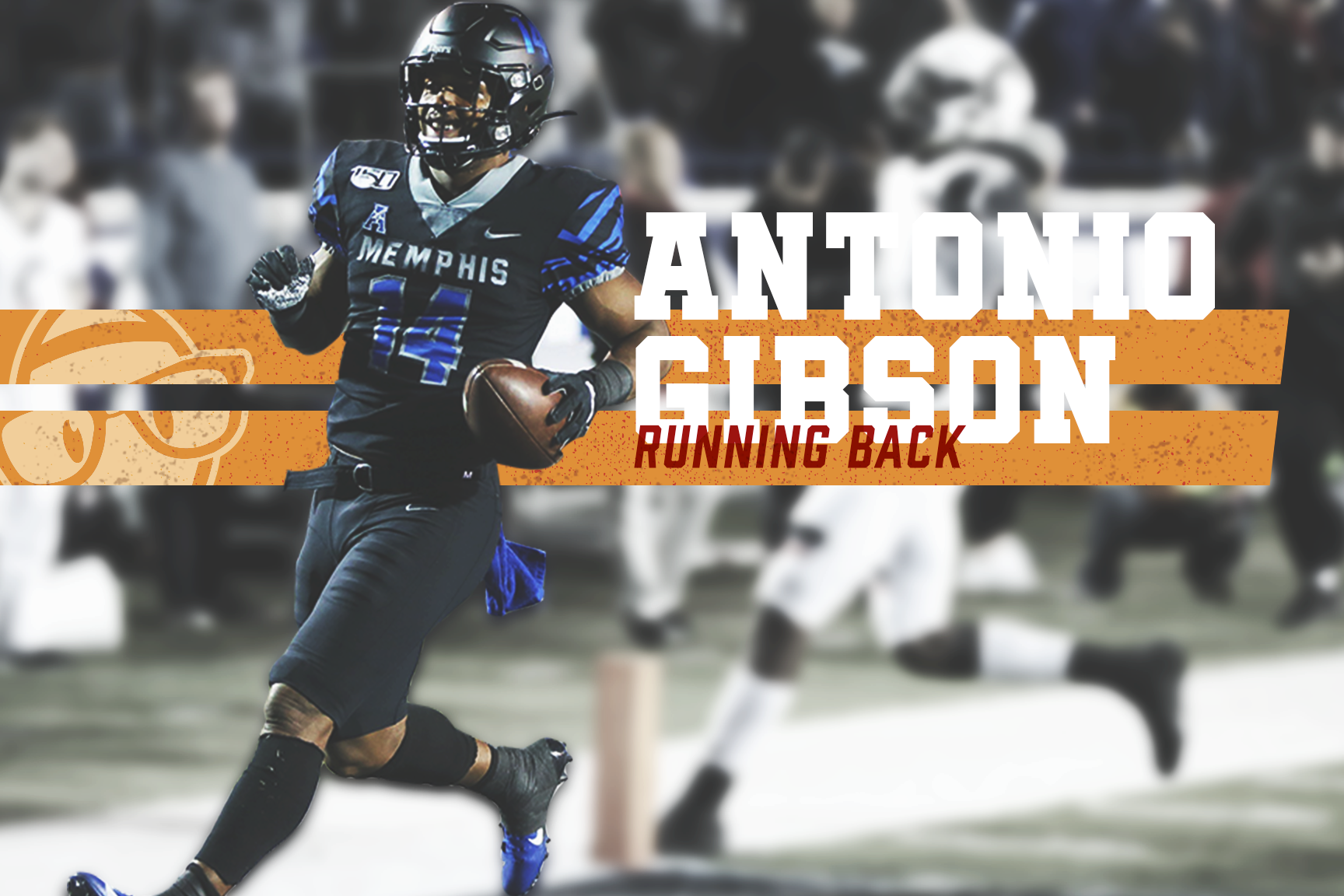 One of the most intriguing prospects in this class has to be Antonio Gibson. The Memphis weapon was utilized in every facet of the Memphis offense. Gibson was used as both a WR and an RB during his senior season and has been compared to CJ Prosise as a prospect.

The versatile athlete has great upside, but his sample of work has been limited in college. As a Senior, Gibson had 38 receptions for 735 receiving yards and added 33 rushes for 369 rushing yards. Before 2019 however, his production was non-existent. A breakdown of his college production can be seen below:

There has been some discussion with regards to what position he will declare as. As of right now, Gibson will be working with the WR group at the combine. That being said, I expect most teams to utilize him as a pass-catching RB out of the backfield. At 6’1” 220-pounds, his physique matches closer to an RB than a WR. At Memphis, he filled the role left behind by Tony Pollard, and Pollard has been cast as an RB in Dallas.

Obviously, with experience at both positions, his receiving ability would be a pro if he ultimately becomes an RB. During the combine, Gibson looked solid running the gauntlet as a WR. He impressed physically for a man of his stature, too. Gibson ran a 4.39 40-yard dash, with a 35-inch vertical and 118-inch broad jump. At 6’1” 220-pounds, those are impressive.

The Tale of the Tape

There are numerous situations that Gibson found himself in as a receiver. He would split out from the backfield, run from the slot, burn DBs deep from the outside, or make contested catches over the middle. He frequently gets separation from so many different parts of the field, which adds to the versatility. A clear example of his ability to make contested catches can be seen below:

As a rusher, I really like Gibson’s big play ability. He’s a tough man to tackle and breaks off big gains. He had 7 total touchdowns of 40 plus yards, perhaps the most impressive being below:

With 1 season of production under his belt, where he was used sporadically at RB, one negative is that he doesn’t run with patience or wait for run blocks to form. He can run through large gaps and then use his athleticism to make something happen, however, if the hole isn’t there immediately, he’s not going to be productive.

I do find that he’s a very willing blocker. Particularly on jet sweeps, screens, or QB runs, he’s definitely willing to lay a hit. That being said, there aren’t too many opportunities to see him lined up in the shotgun on a passing play where he stays in the backfield to pick up a rusher.

Overall, the fact that the sample is so small is concerning and he’ll certainly need lots of development, but he has exciting upside as a later-round flier. I currently view Gibson as an early 3rd round rookie pick and wouldn’t be shocked to see him as a Day 2 selection in the draft.