Gage Bridgford (@GbridgfordNFL) looks at one of the top running backs in this year’s draft in Wisconsin’s Jonathan Taylor. 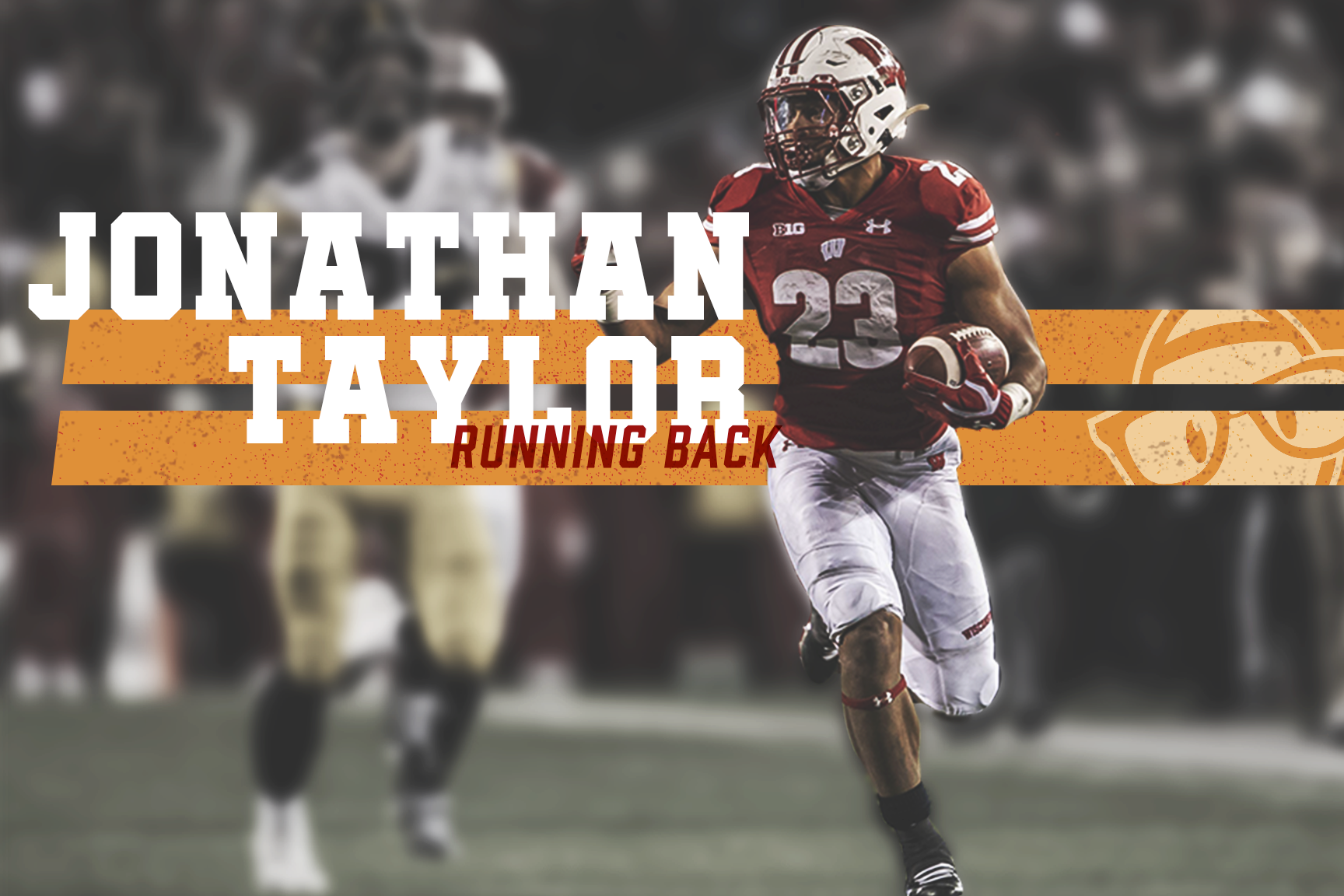 Wisconsin running back Jonathan Taylor just got done putting on a show at the NFL combine in Indianapolis, and it’s just the latest in a string of actions he’s done to silence his critics over the last few years. After getting to college as just a three-star recruit out of high school, he went on to start 12 of 13 games as a Freshman before starting every game over his final two seasons.

Taylor is the type of player that you are looking for out of your top prospects. Along with his skills on the gridiron, Taylor is an Academic All-Big 10 performer, Taylor has plans to go to Harvard in the future to get his Master’s degree. He crushed the interview process along with the athleticism testing. Taylor’s stock is the highest that it has been during his run-up to the NFL draft.

Taylor just finished a college career that saw him average over 2,000 yards per season on the ground. He finished sixth on the all-time rushing list, and each of the five guys ahead of him played four years in school. In fact, only two other players, Herschel Walker and Garrett Wolfe, in the top 20 played less than four years, and Taylor had nearly 1,000 more yards than either of those players.

Taylor showed off his elite speed by running under 4.4 seconds at the combine, but we already knew he was fast with the amount of home-run touchdowns that he was scoring. Several times in his career, he got a small crease, and the defense was left watching a track star sprint towards the end zone again. He scored 50 rushing touchdowns in three seasons including 21 in his final season.

He wasn’t utilized much in the receiving game because that wasn’t the style of offense that Wisconsin was running. They were content to ride their workhorse which makes sense when you have a guy like Taylor that is shredding every defense he lines up against. However, he did dramatically increase his receiving total in his final year. After catching just eight balls a piece in his first two seasons, he caught 26 in that final season alone, and five of those went to the end zone.

The only two real concerns that you’re going to run into with Taylor are his workload, with 968 total touches to his name. However, as he’s stayed largely healthy, I’m not as worried as I might have been if he had dealt with chronic injuries. The other major concern is fumbling. He averaged one fumble every 53 touches during his career. You’d like to see him secure the ball a bit better because NFL defenders will take advantage of that if he leaves the ball exposed.

Taylor was far from the biggest guy on the field, and it didn’t matter. He was running through arm tackles at every level of the defense. This is what you want your running back to do, especially late in the game. When you’re trying to salt it away, the linebackers aren’t going to be wanting to tackle this human battering ram coming at them with track speed.

With the success of Le’Veon Bell, teams have been more willing to take shots on running backs that can show some patience before they hit the hole. That’s exactly what Taylor shows on this play. He waits for the pulling tackle to get to the second level, and he gets rolling downhill. When he is able to cleanly get into the secondary, he’s going to rip off big chunks of yardage a lot.

In addition to his patience inside, Taylor has the ability to bounce outside and get up to speed quickly. He uses his great vision to see the crashing defender and evade him, and he still manages to get upfield for a five-yard gain. The ability to avoid negative runs is something I think is extremely important for the best backs.

Remember when I said that Taylor is a decent pass catcher, but he didn’t get used that way in school? That’s put on full display in this clip. On a key fourth and one, the team calls his number as a pass catcher which catches the entire defense off guard, and he rips off a 30-yard reception. At the next level, I see Taylor getting an increased workload in the passing game, but he’s not going to be Christian McCaffery. With catches like this though, he shows that the skills are there.

After dominating the college game and at the combine, there isn’t anything else that Taylor has left to prove. He’s the RB1 entering the draft in just a couple of months, and it’s his spot to lose at this point. Some situations wouldn’t be the most ideal for him at the next level, but he has the type of talent that can transcend scheme. He’s likely going to go at the end of the first or beginning of the second round, and he could contribute in fantasy right away as a rookie if given the lead-back role.

The Only Combine Event that Matters for Quarterbacks
Draft Profile: Henry Ruggs III