Productive workhorse running back, Michael Warren II is entering the NFL Draft. Does his running style translate to the NFL? @NFLDraftDynasty takes us through his skillset. 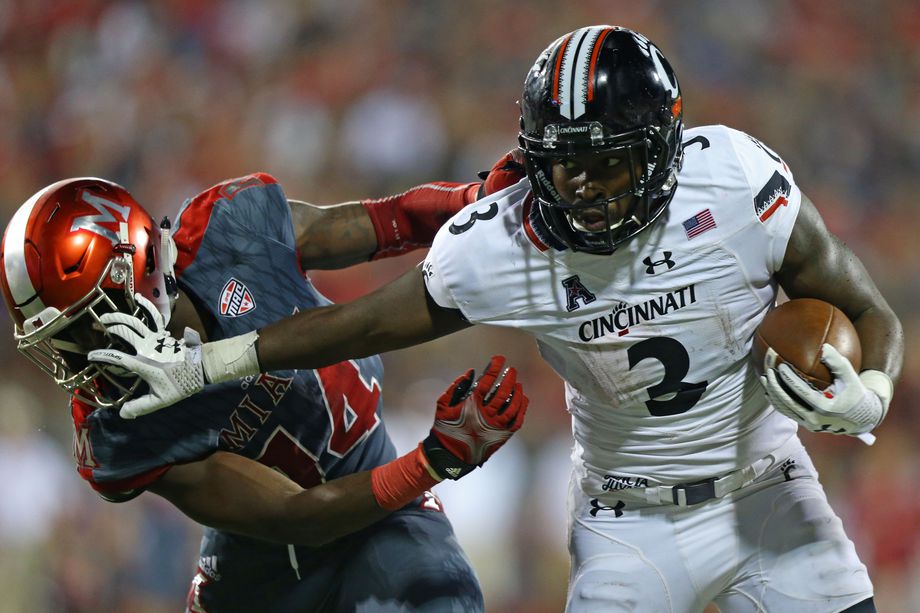 A true workhorse with over 500 carries in the past two years at Cincinnati, Warren’s talents were on display often. A 3-star recruit out of high school, Warren spent his first year with the Bearcats as a backup and then took on the starting role in 2018. That sophomore season turned out to be a huge breakout (1,500+ total yards & 20 TDs) and Warren caught the attention of scouts and fans around the nation as someone to watch in 2019 when he was draft eligible. He followed that performance up with a slight plateau as he posted very similar numbers in his second year as the starter.

Now with the NFL in his sights, Warren is getting ready for the draft and scouts are starting to turn on his tape. While he left some things on the table in 2019 the film shows a player who is ready to put in the extra effort to make every single play count.

To start, we have to address Warren’s elite ability to get yards after contact. This guy does not go down easily and is constantly churning and spinning around for an extra yard or two. He’s able to lower his shoulders and create a low center of gravity for himself so that he can bounce off linebackers and break arm tackles. A player who sometimes looks like a bowling ball rolling down the middle of the field, he’s often bringing a defender or two with him.

Cincinnati recognized this skillset and was able to give him the running lanes to thrive as a very straight “North-South” half-back. Warren isn’t the type of running back to sit behind the line of scrimmage and wait for a hole to open up but rather hits the designed hole without hesitation and works to create yards for himself with his power and decisiveness.

A runner who’s very comfortable inside the tackles, we didn’t see Warren elect to bounce to the outside very often. He doesn’t have the elite quickness to be able to turn the corner and get yards down the sideline consistently. While some may knock him for this, it just isn’t simply part of his game, certainly at the next level. He’s created a position for himself as an inside runner, and as long as his opportunities at the next level respect that, his future will be up to him and his hard work.

While the “power back” archetype usually equates to a lack of ability to produce on passing downs, Warren nixes that with his production out of the backfield. Unlike a lot of players with his size, he is able to run a varied amount of routes and make catches away from his body. While not the main passing outlet on his team (averaged 23 receptions a year while the starter), Warren ran a lot of routes out of the backfield and often was a good 5-10 yards down the field ready the ball to come his way.

In the open field, Warren has good vision to see where the space is and minimize angles for opposing defenders. As I said before he doesn’t have a lot of “wiggle” in his hips, so by maximizing the time that it takes defenders to get to him he can make the big plays off screens.

In pass protection, Warren does a good job of holding his own and using his hands to protect his quarterback, rather than simply cut blocking every blitzer. He shows good vision to pick up defenders who are rushing in from the opposite side of the pocket. I’d like to see him do a better job of making contact on his routes out of the backfield, just to get that extra chip in.

Michael Warren II was a productive running back in college, as are most prospects who enter the NFL Draft, but that doesn’t guarantee him the opportunity to produce in the NFL. His lack of top-end speed could be a hard thing to overcome at the next level where the linebackers run just as fast as the running backs. While his pass-catching is more than adequate it will be interesting to see if a team would see him in that capacity and give him those touches, as there are a lot of quicker backs who are looking to carve out that same role.

What Warren does have going for him is his ability to “pound the rock”. Teams always need a change of pace back who can get the hard yards and produce in different ways from their other halfbacks. Warren will likely find his niche in the NFL and could have a long career as a powerful inside-the-tackles runner. While this may not equate to immediate fantasy football success, the flashes he has shown as a pass-catcher keep him as a potentially fantasy relevant running back if given a larger role.

In this year’s dynasty rookie drafts Warren will likely be very landing spot dependent. If he ends up buried as a late-round third or fourth-stringer then there is likely no fireworks from him in his first season or two, if ever. If he gets a chance as a true compliment to a smaller and shiftier running back then he has the chance to become a meaningful player that you would want to watch closely as he develops. At the end of the day with the depth of this class, Warren is likely a fourth round pick in dynasty rookie drafts. But keep an eye on him, with a bit of draft capital and the right opportunity this player could be a name to watch.