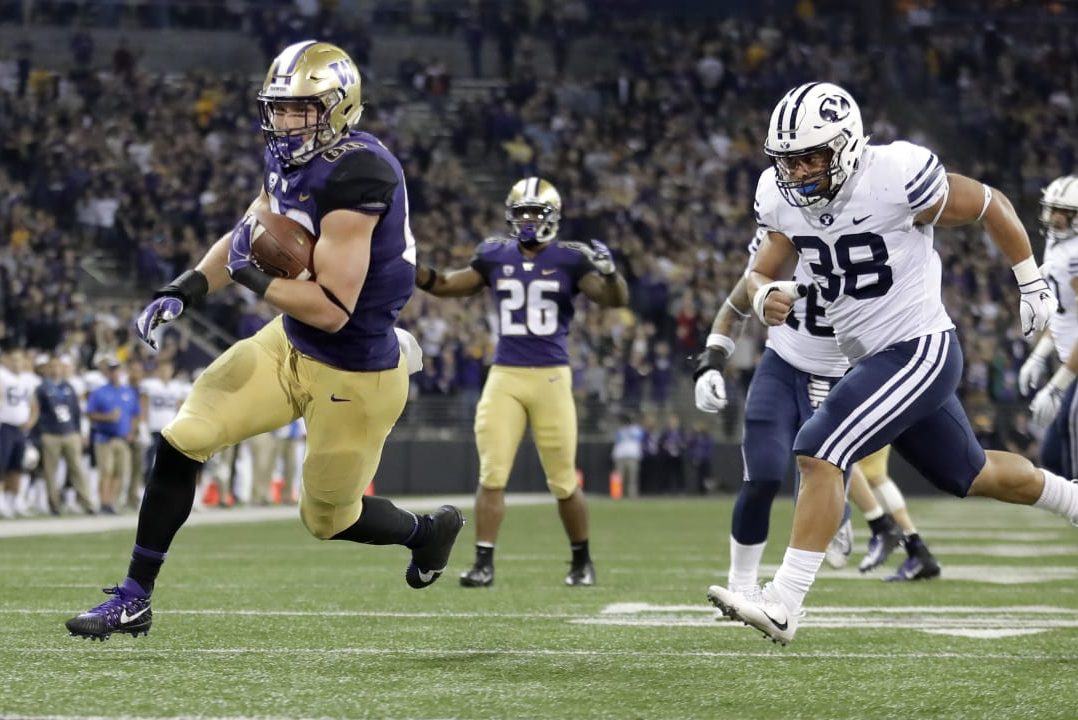 The 4th Tight End off the board in the 2019 draft was Drew Sample. Selected in the 2nd round, only Hockenson, Fant, and Smith Jr were selected before Sample. As pick 59, he was selected ahead of the likes of Sternberger, Oliver, Warring, and Knox. However, since being drafted he’s been largely ignored.

Most dynasty owners have completely written him off as a ‘blocking TE’. As such, you see the likes of Oliver, Sternberger, and Knox being selected in the 3rd round of rookie drafts. Meanwhile, you can often grab Sample as an undrafted free agent or late 4th round pick in most drafts. I firmly believe that Sample is being misunderstood as a prospect and therefore undervalued.

It’s not exactly false to describe Sample as a blocking TE. He is a very good blocker. I see that as a good thing in fantasy circles as it will mean he can stay on the field early into his career. The area where Sample is being ignored is his pass catching. He’s not an elite TE receiving talent like Fant or Sternberger, but he’s certainly not a write-off in that department. Initially, I don’t think he’ll be used too much in receiving situations by the Bengals, as they’ll likely rely more on Eifert and Uzomah in that area. Having said that, I really see him developing into an all-round TE and he reminds me of Jack Doyle.

Doyle didn’t have the draft capital of Sample, but he carried the blocking tag in Indianapolis while the Colts had Coby Fleener. He later proved his receiving chops and now isn’t viewed as a blocker exclusively. The draft capital of Sample is also a positive note. You rarely see one-dimensional offensive skill players drafted so high. The Bengals have not been the best in the draft over the last few years, however, I highly doubt they’d invest a 2nd round pick in Sample if they simply viewed him as a blocking TE.

Prior to his second-round selection, Sample was plying his trade with the University of Washington. He wasn’t used in a variety of passing situations there, which doesn’t help the ‘blocker’ narrative. Over his 4 years there, he failed to eclipse 300 yards in a single season. Granted, he dealt with some leg injuries in his career which limited his games. A breakdown of his Huskies stats can be seen below:

Having said that, Sample had 26 targets in 2018 and hauled in all but 1 of those throws. He also possesses a decent mix of speed, hands, and ball skills. Sample was PFF’s highest graded TE in terms of run blocking in a Power 5 conference and had a decent combine. At 6’5” 255-pounds, Sample produced a 76th percentile speed score, along with 70th percentile agility scores and catch radius. His 33.5-inch vertical jump and 4.31 20-yard shuttle were both also impressive.

Looking through the tape, I was impressed with Sample’s ability to adjust to make the catch. His body control was better than I was anticipating when looking over the shoulder. Additionally, Sample has been receiving great reviews for his receiving ability from AJ Green so far in camp. NFL.com’s Lance Zierlein also noted, “While he might be typecast as just a blocking tight end, he possesses enough speed and ball skills to become a more productive pass catcher than he was at Washington. His size, football character, and commitment as a run blocker give him a chance to become a solid combination tight end with TE2 potential.”

Combing through the Senior Bowl for a second time… could we see the #Seahawks take a Washington tight end for a second straight year in the draft?

Drew Sample had a really nice day with four receptions, including doing a nice job adjusting to this pass for a 19-yard catch. pic.twitter.com/SwmHZdwpbY

I’m not saying I’d suddenly take Sample as a 2nd round rookie pick. His routes are very monotone and simple, and he rarely uses sharp breaks in order to gain separation. He’s obviously not as refined in that department as some of the Tight Ends mentioned previously. However, he has many tools that so many TE prospects are never able to develop. Just because he hasn’t been used much as a receiver in college, doesn’t mean he’s incapable of it. We see miss-uses of talent all of the time. Alvin Kamara or OJ Howard are prime examples. Because of those factors, I’m more than happy to take Sample as an early 4th round talent. He may take a few years to develop into a fantasy contributor but for such a low cost, I’m happy to believe in the draft capital.