As we inch closer to the start of the 2021 season, @FF_Worm takes a look at a buy low and a sell high candidate to target before the season begins. 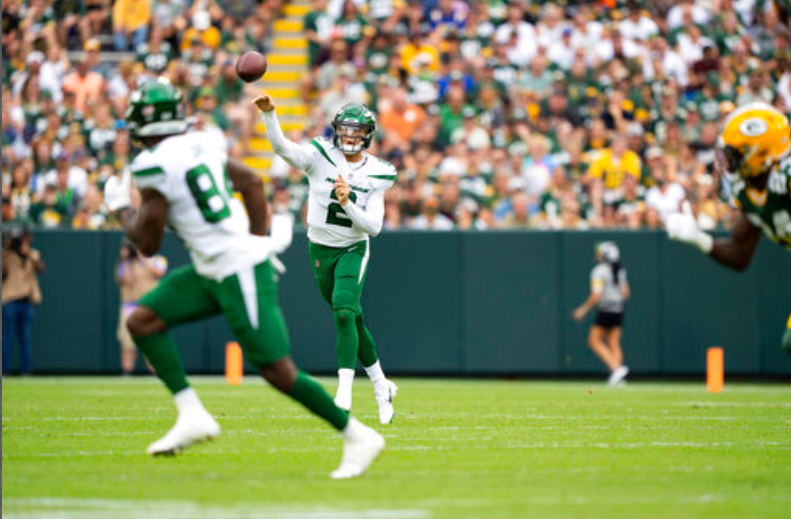 We are just weeks away from the start of the 2021 NFL season. Another week of the preseason is in the books, and some players have seen their value spike, while others have seen it drop. Sifting through the ups and downs to determine which are genuine and which are just a product of the preseason is key when gauging the value of fantasy football players. This article will highlight some potential buy low and sell high candidates.

This might be your last chance to buy low on New York Jets wide receiver Corey Davis. After a mini break out in his fourth season in the league last year, Davis signed a three-year, $37.5 million deal with the New York Jets.

Whether it was the change of team, the uncertainty of quarterback, or simply not believing in Davis, fantasy players have written him off. This is evident by his Sleeper dynasty ranking of wide receiver 63. Davis ranks behind guys like Christian Kirk and Denzel Mims.

I implore you to buy Corey Davis. He is coming off the best season of his career, where he caught 65 balls for 984 yards and five touchdowns. This was done on a run-heavy team and playing second fiddle to star wide receiver, A.J. Brown.

Now, on a new team with a great chance to emerge as the alpha, Davis finds himself in a position to finish the year as a solid wide receiver two. Still only 26 years old, Davis is entering the prime years for a wide receiver. Davis and second overall pick Zach Wilson will be linked for at least the next three years. This is encouraging news as the chemistry between the two is quickly building.

In their first two preseason games together, Davis has six catches for 88 yards on 10 targets. It is becoming clear that Wilson is looking his way early and often, and I don’t expect this to change going forward. To send an offer to the manager that has Davis rostered. All signs are pointing up for him. As soon as the season starts, it will be too late.

The preseason hero through the first two weeks has no doubt been fourth-round pick Rhamondre Stevenson. Through his first two games, Stevenson has recorded 25 carries for 193 yards and four touchdowns. He has also added one catch for eight yards.

So, why exactly would we sell a rookie who is dominating in his first NFL action? Well, that’s just it. It is preseason. The competition is not at its best, and while it could carry over into regular-season production, the path is not the most direct. Due to his performances so far, Stevenson’s value has never been higher. Likely a third or fourth-round pick in this year’s fantasy rookie drafts, I think a future third, maybe even a second-round pick, could now be acquired for him.

The Patriots just traded running back Sony Michel to the Los Angeles Rams. This increases Stevenson’s value even further. However, this move to trade the likely backup to Damien Harris says more about what they think of Harris than Stevenson. In his ten games in 2020, Harris carried the ball 137 times for 691 yards and two touchdowns. Extrapolated for a 16-game season, and Harris is looking at almost 220 rushes for just over 1,105 yards. Tied to the team through 2022, Harris is more than capable of handling the load on early downs.

The Patriots could still be starting Cam Newton when the season begins. This would put a significant cap on the running backs. He will take away carries and, more importantly, goal-line touches. In addition, running back James White is still on the team to steal all the third-down and pass-catching work.

It may be a while before Stevenson sees any meaningful playing time. Bill Belichick has a history of rotating running backs in and out. I just don’t see a scenario where Stevenson is a weekly fantasy start. While his preseason performances and the departure of Michel are fresh on everyone’s mind, go shop him around. You will be surprised at what you can get for him.

If you’re not a #NerdHerd member, sign up now using my special promo code ‘FFWorm’ to receive 15% off any site membership. If you enjoyed this piece, look for more content on my Twitter. Feel free to tweet me or DM me for any questions, comments, or general fantasy football talk.

BREAKING: Sony Michel to the Rams
Dynasty Breakout players to go get on each team-Series-NFC West
25% Off Sitewide - Use Coupon Code "Black-Friday".