There is no better time than right before training camp to see where your league mates stand on certain players. @FF_Worm talks about one buy low candidate and one sell high candidate to jump start your dynasty season. 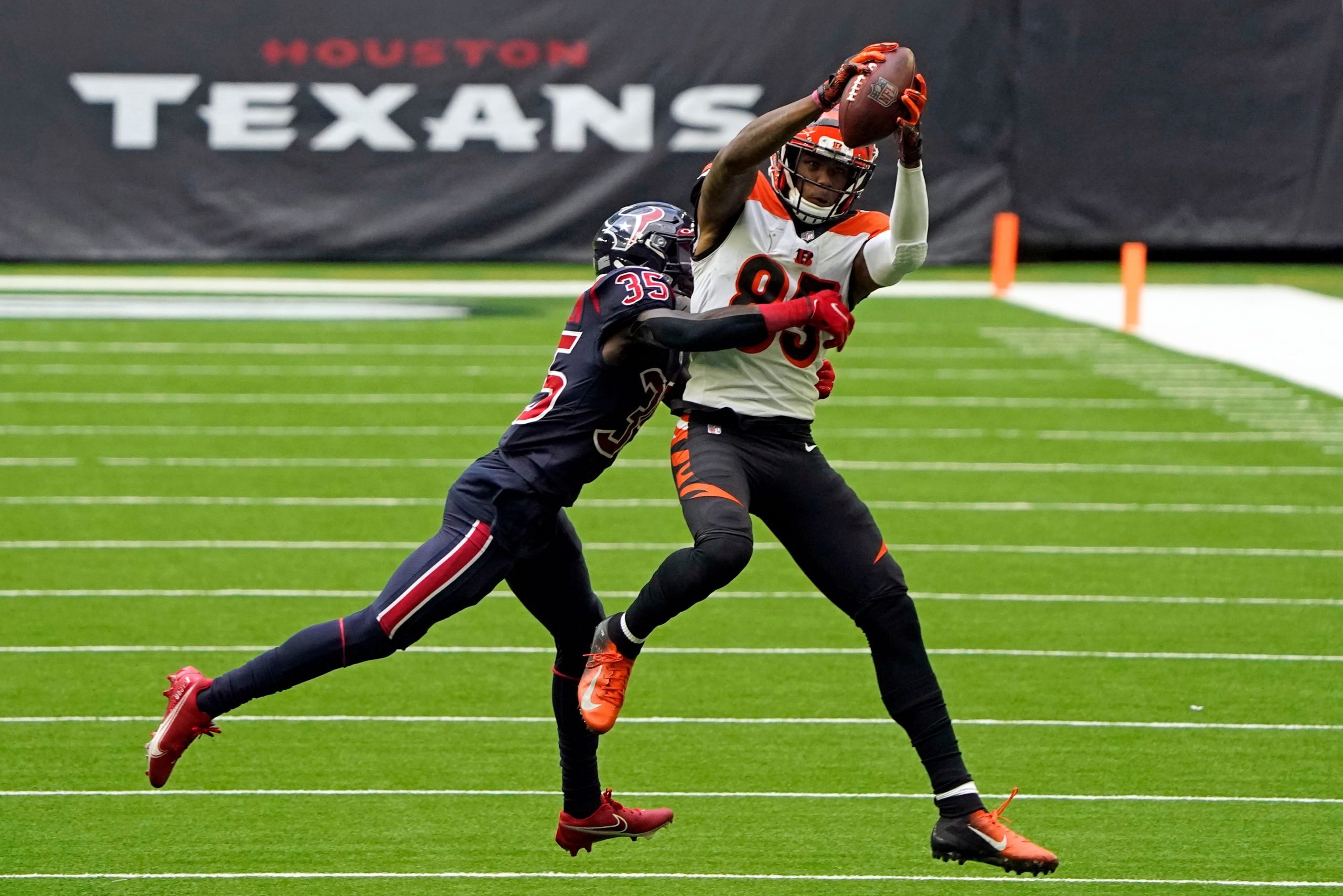 Understanding trends and being able to predict future success or regression is crucial to be an effective dynasty manager. Following the player market to find value or knowing when to ship off an asset for a big return can be the difference between having a fruitful dynasty team and a failing one. In this article, I highlight two of my favorite buy low/sell high candidates. Hopefully, this can give the much-needed edge everyone is looking for over their league mates.

After drafting rookie WR Ja’Marr Chase with the fifth overall pick, there is no doubt this puts a potential cap on Higgins’ ceiling. With Tyler Boyd still a threat to steal targets as well, Higgins’ perceived value may never be lower. This very situation makes the 6’4”, 22-year-old, second-round pick a screaming buy. After posting 67/908/6 on 108 targets in 16 games in his rookie season, despite playing only 10 of them with former first overall pick Joe Burrow, it is no secret that Tee Higgins is a special talent.

Going into year two, expect an even stronger rapport with Burrow. With the probability of a bottom-half-ranked defense, we will see the Bengals in negative game scripts more often than not. This will force them to throw the ball. In the ten games he started, Burrow attempted 40.4 passes per game. Extrapolated for an entire 16 game season, and he would have been on pace for about 646 pass attempts; this would have led the NFL in 2020, ahead of Matt Ryan with 626. There is no question there are a lot of mouths to feed in the Cincinnati wide receiver corps. I believe there will be more than enough targets to go around and realistically sustain three fantasy-relevant players. It may take some time to develop, but we could very well see Joe Burrow support two WR1’s.

The drafting of Chase may take away targets from Higgins. However, it could also mean that Higgins will face less coverage. Teams will be forced to respect Chase, opening the door for Higgins to see more man coverage. With a year of production under his belt, bet on Tee Higgins all day. Send an offer to the Higgins owner if the addition of Ja’Marr Chase has them on edge.

Coming off a career year of 107/1,196/9 on a team-high 145 targets, Darren Waller’s value has skyrocketed. Dynasty is all about seeing future trends and capitalizing on them. We need to realize that the Raiders acquired wide receiver John Brown in the offseason and have two second-year receivers in Ruggs and Edwards, who expect to take the next step. Coupled with Derek Carr having arguably one of the best seasons of his career, it would not surprise anyone if Waller came back down to earth. While he led the league in receptions and was in the top three in yards and touchdowns at the tight end position, beware of riding this fantasy asset off into the sunset. There will be some regression towards the mean. Waller will be 29 by the time the 2021 season starts, and while he probably still has a good three years left in the tank, nothing is guaranteed. It’s better to get a haul and sell a year or two early than have some decline in production and get stuck holding the bag.

Darren Waller can easily be flipped to a contending team for a first-round pick and another player. Go reach out to the TJ Hockenson owner and see how they feel about Waller. Hockenson, age 24, is entering his third season, coming off a respectable year of 67/723/6 on 101 targets. While the quarterback situation is a step below from the previous year, Detroit does not have a true alpha receiver. This is a recipe for Hockenson to be an absolute target hog. Other young tight ends to consider in a trade involving Waller include Fant (23), Andrews (25), and Gesicki (25). You can acquire all three of these options with other assets in a trade for Waller. Put Waller on the trading block and strike gold.