Come take a gander at Old Tom’s simple and subjective dynasty buy-low acquisitions, down in Dallas. It’s safe to say Dak Prescott would absolutely be a fan of this take. 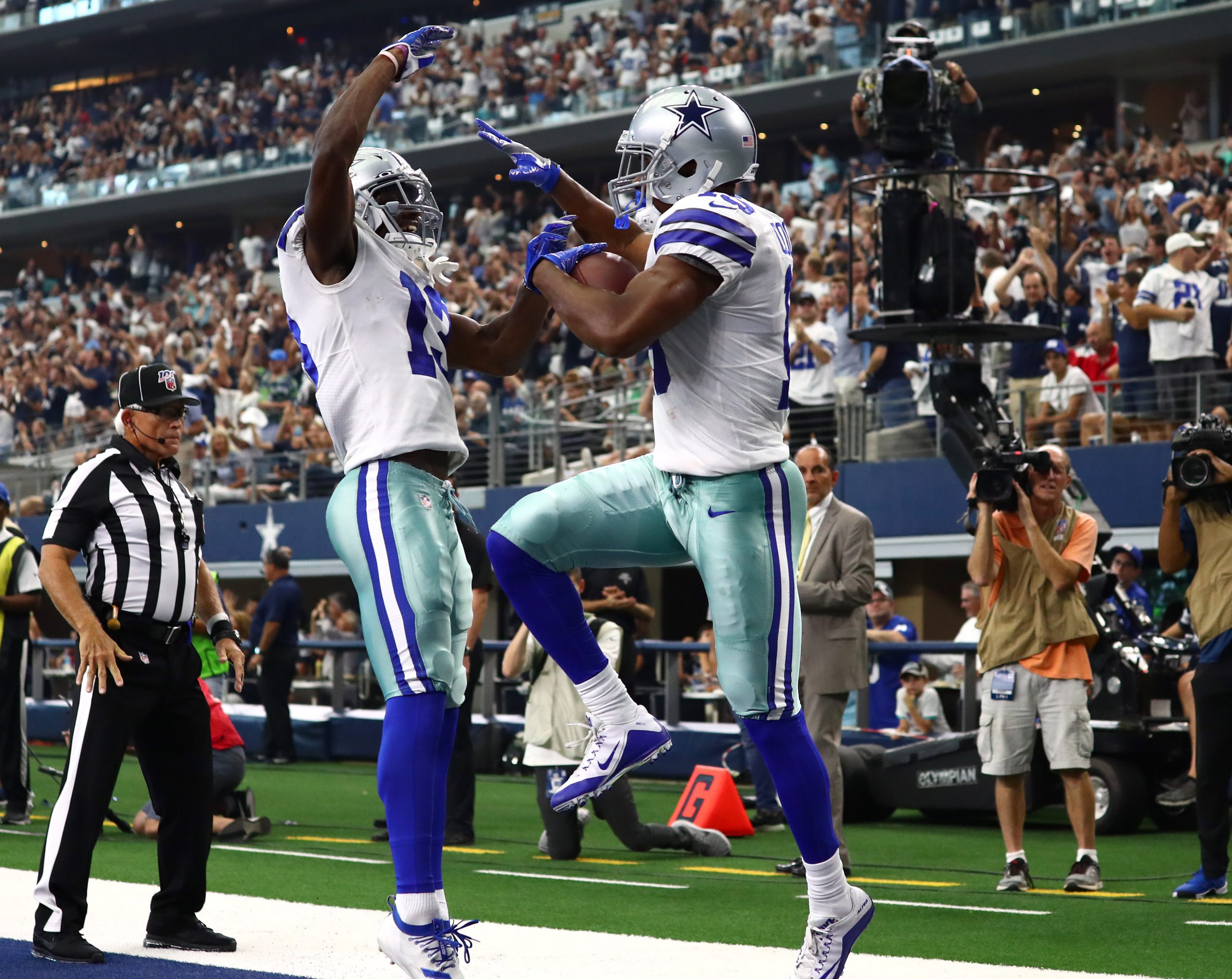 Old Tom can’t think of a better way to start off this Cowboys’ dynasty buy-low bit then with 2019’s WR10 (PPR). Aside from the fact Cooper, the veteran of this buy-low bunch (spoiler), just turned 26, he’s also on the books for the next four seasons, here in Dallas. Now, of course, you can point to his potential out after the 2022 season, but Old Tom likes to focus his attention on the positives. Additionally, that’s two seasons removed, and as far as we’re concerned, hopefully, two more championship rings added to your collection.

What we have happening right now, in big D and consequently throughout most of the fantasy football world, in my opinion, is the early stages of what I like to call “Under-Appreciated-Itis.” It’s a nasty bit that tends to catch its victims off guard and numb them to reality. Now, with that said, I will make it a point to say I feel this may go away sooner rather than later, so your window of opportunity is minimal.

“Why that assumption, you crazy old man?”

Simple, friend. 14 targets resulting in 10 catches in Week 1 is a sure-fire way to remove the stigma of any misperceived offensive role. Adding to that stat line is the beautiful context that Mr. Amari was just one of three players who hauled in 10+ catches without a single drop. Now, if you let that tidbit find its way around town, any sort of buy-low opportunity may just disappear when the company kept by Cooper includes one Davante Adams and one DeAndre Hopkins. As far as Old Tom is concerned, the appropriate campaigns for #19.

Well, here it is. In Old Tom’s eyes, CeeDee Lamb is an absolute freak of an athlete and a lock to ascend to the top of the dynasty WR charts, sooner rather than later. However, as every single one of you knows, fantasy football, especially dynasty football, has a unique way of creating pockets of opportunities for savvy GM’s to operate. More often than not, I’ve found that the feels of winning weekly matchups occasionally have a way of prioritizing themselves ahead of the long-term goal – namely league dominance.

So, now you begin your pursuit of #88. You’re offering up legitimate talent coupled with impressive draft capital, of course, within good reason, at a chance of buying low in comparison to what Mr. Lamb will cost you 365 days from now.

“You’re insane. I’m not trading away my first round selection for whatever package you toss my way.”

Just so we’re on the same page, I’m in full agreement with your insanity claim, and now I’d like to present to you Robert Woods, Jarvis Landry, Evan Engram, and my 2021 first. Can we talk…maybe?

See, this is undoubtedly the beginning of the price Old Tom would happily pay to acquire a share of this league’s future. While I’m all for your Cooper acquisition, and I’m absolutely in favor of my next presentation’s arrival to your clubhouse, I’ve ALWAYS prioritized talent ahead of every other variable. When you marry talent with an offense as potent and high-flying as this Dak-led Cowboys one, you’ve got the makings of something truly special.

Before your opponent begins to dive too deep into Lamb’s Week 1 usage (most routes ran by a rookie WR) and indubitably recalls the 1st round draft capital used to select the OU great, you’d do yourself an immense solid by playing up any/all-rookie “struggles” you may notice. Additionally, send over the lofty offers on the regular.

I whole-heartedly believe this take needs to be prefaced with the understanding that Old Tom doesn’t believe Michael Gallup is a “better” fantasy WR option than Amari Cooper or CeeDee Lamb. Both of those young men are either in elite company or, in my opinion, soon to join the party. With that said, the idea behind this article, and my series of buy-low dynasty assets considers the price you’ll have to pay versus the reward you’ll be delivered. Sometimes that will manifest itself in buying low, from an objective standpoint, and sometimes it may mean we pony up believing the current price is indeed a buy low moment.

When it comes to one Mr. Michael Gallup, Old Tom is doing everything I can to add him to my dynasty rosters during this current time of uncertainty. See, coming into 2020, many did so with the assumption #13 was third on that WR depth chart. While there were numerous glowing statistics to formulate an argument against this belief, the five targets and three receptions in Week 1 may have just offset all that hard work.

This does present us with a similar situation to the time young Simba’s inability to pounce on a grasshopper led to Mufasa giving him a few pointers.

“Stay low to the ground…Try not to make a sound…”

As the uncertainties of 2020, particularly from the NFL’s perspective, continue to show themselves, Old Tom is here to tell you that finding a way to maneuver Mr. Gallup over to your locker room is one transaction you’ll appreciate for years to come. While I’m still perfecting my craft of fortune-telling, I can’t shake the visions of Gallup’s second contract aligning itself with one of his teammate’s optional out. Again, the vision isn’t entirely clear. Nonetheless, being cognizant of all potential possibilities sets the great dynasty GMs apart from the pack. Buy low on this young and exciting talent before his opportunity catches up to his talent.

I genuinely thank you for taking the time to read my article and kindly welcome you to follow me on Twitter @BombadilFantasy. Additionally, I welcome you to explore my website here. Both of these platforms, my friends, is where you’ll find as many #TomBombs as your heart can desire.

Remember, while I have quite an extensive history and the wisdom to show for it, I’m still perfecting my craft of fortune-telling. It is this reality of uncertainty that plays directly into my foundation of simplicity and subjectivity. Nonetheless, you have my assurance that you’re in great hands with Old Tom Bombadil. Hey dol! merry dol! ring a dong dillo!