Choose your fighter! Dobbins or Akers??? @CoreyEasterday and @DynastyDadMike debate on which young, upcoming dynasty running back returning from injury they want moving forward. 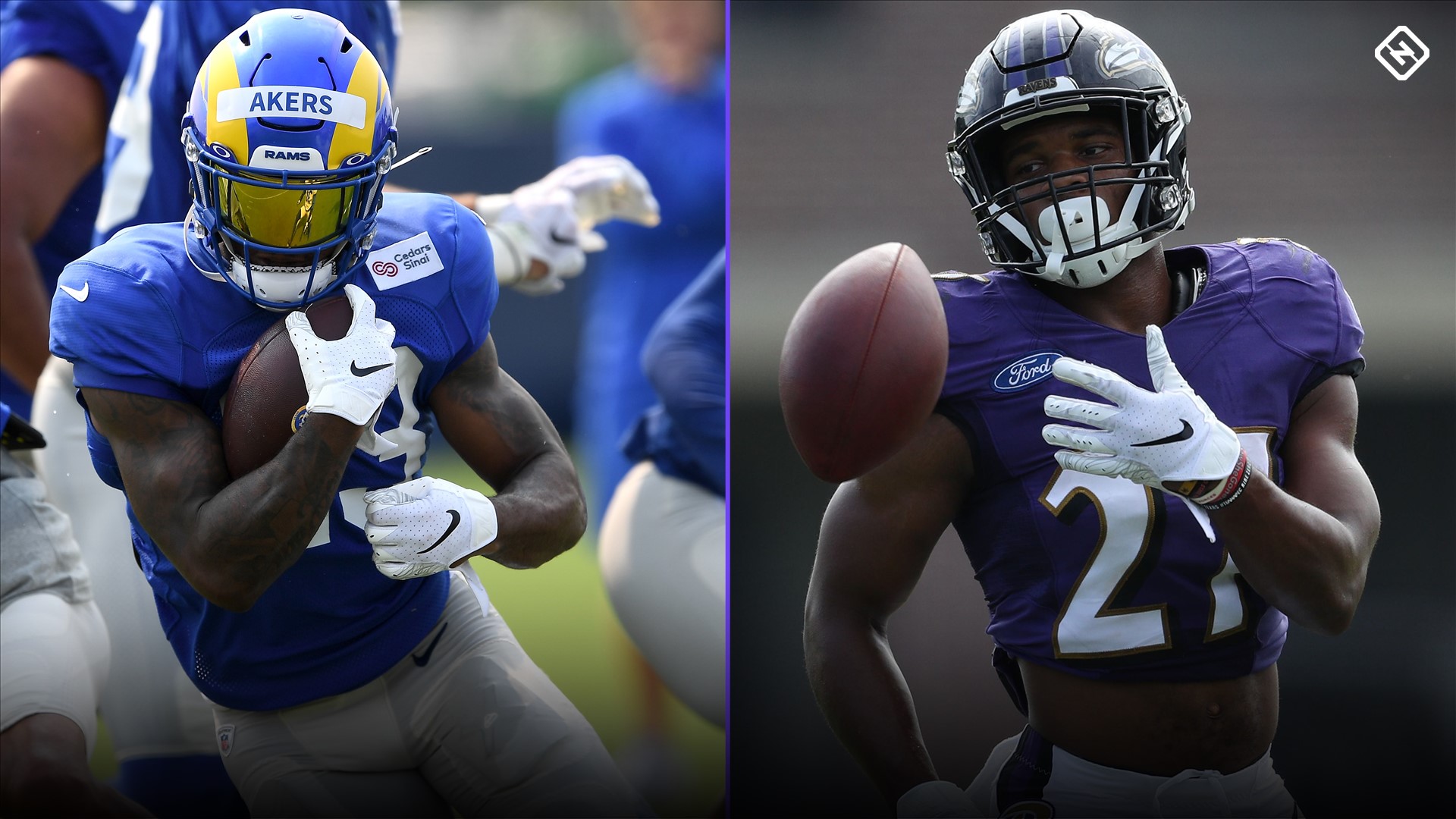 In this series, we will take two Dynasty Nerds writers and pit them against one another concerning certain players or topics. In this specific article, Corey Easterday (@CoreyEasterday) and Mychal Warno (@DynastyDadMike) debate on which dynasty RB returning from injury you want moving forward, J.K. Dobbins or Cam Akers?

This debate is an interesting one. Both of these young running backs will be working their way back from injuries sustained this past summer. Drafted only three picks apart, both RBs will be entering their third year in the NFL. Each will undoubtedly feel like they have something to prove. The similarities don’t end there. Both RBs will have the opportunity to be the centerpiece of a high-powered, top 10 NFL offense next season. Maybe it’s because he’s been in the IR spot for me all season in a few leagues. Perhaps it’s because I’m a diehard Ohio State fan. But for me, the RB you want as a core piece of your Dynasty squad is J.K. Dobbins.

In his rookie season, Dobbins made the most of his opportunities. He rushed for nine touchdowns and 805 yards on 134 carries, leading the entire league at an impressive six rushing yards per attempt (per Next Gen Stats). He added 18 receptions for 120 yards, showcasing his talent in the passing game. The Ravens love to run the ball as part of their offensive philosophy. They showed a clear belief in the young rookie, making an effort to get Dobbins involved in an already loaded running game. The path was clear for an even more significant workload in 2021, so it’s no wonder he was hyped up as a fantasy breakout star going into this season before the injury.

It’s hard to predict how either running back will recover from their respective injuries. Still, going forward, I expect the Ravens backfield starting job to belong to Dobbins when healthy. His elite skill and athletic ability, combined with the Ravens’ focus on the running game as part of their team identity, should equal the fantasy breakout we were all expecting, albeit one season later than we hoped.

Shout out to Mychal for bringing this Dynasty Debate series together and allowing me to be a part of it! Be sure to follow me on Twitter @CoreyEasterday and become a member of the Nerd Herd. Dynasty Nerds has all the tools you need to dominate your fantasy league!

Don’t get me wrong; if you have either Dobbins or Akers on your fantasy team entering the 2022 season, you are receiving an extra 2022 first-round pick. I am more optimistic about the outlook of Akers entering the 2022 season due to the success of Darrell Henderson. I was worried about the Rams offensive line coming into the year as they failed to address in the NFL Draft. Still, Henderson is on pace to have career highs in rushing yards, rushing touchdowns, yards per carry, receptions, receiving yards, and receiving touchdowns.

While Corey did highlight Dobbins’s ability in the passing game, I feel that is an area that propels Akers over Dobbins. Baltimore currently ranks the third lowest in targets to the running back position, according to fantasy pros. Let’s rewind to the 2020 season, where Baltimore ranked second to last. While Dobbins is a capable pass-catcher, Baltimore has not shown the ability to consistently incorporate that faction into their passing offense.

Another area that gives me optimism for Akers is Sean McVay’s trust to provide Akers with a full bell-cow workload. Over Akers’s final six games of the 2020 season, he received at least 20 carries in four of those contests. Akers should have the opportunity to score often, given the fact McVay has led a top 11 offense every year he has coached the Rams.

The track record of running backs returning from Achilles injuries is not the brightest. While I am concerned over Akers’s recovery from his Achilles injury, I am encouraged. Akers could return to the Rams this year for a playoff run. This tells me he is recovering exceptionally well from the injury.

Thank you, Corey, for another great debate, and please follow me on Twitter @dynastydadmike where I love to chat about all things football. Make sure you are signed up for the Dynasty GM, which is becoming the #1 fantasy tool for all dynasty players!