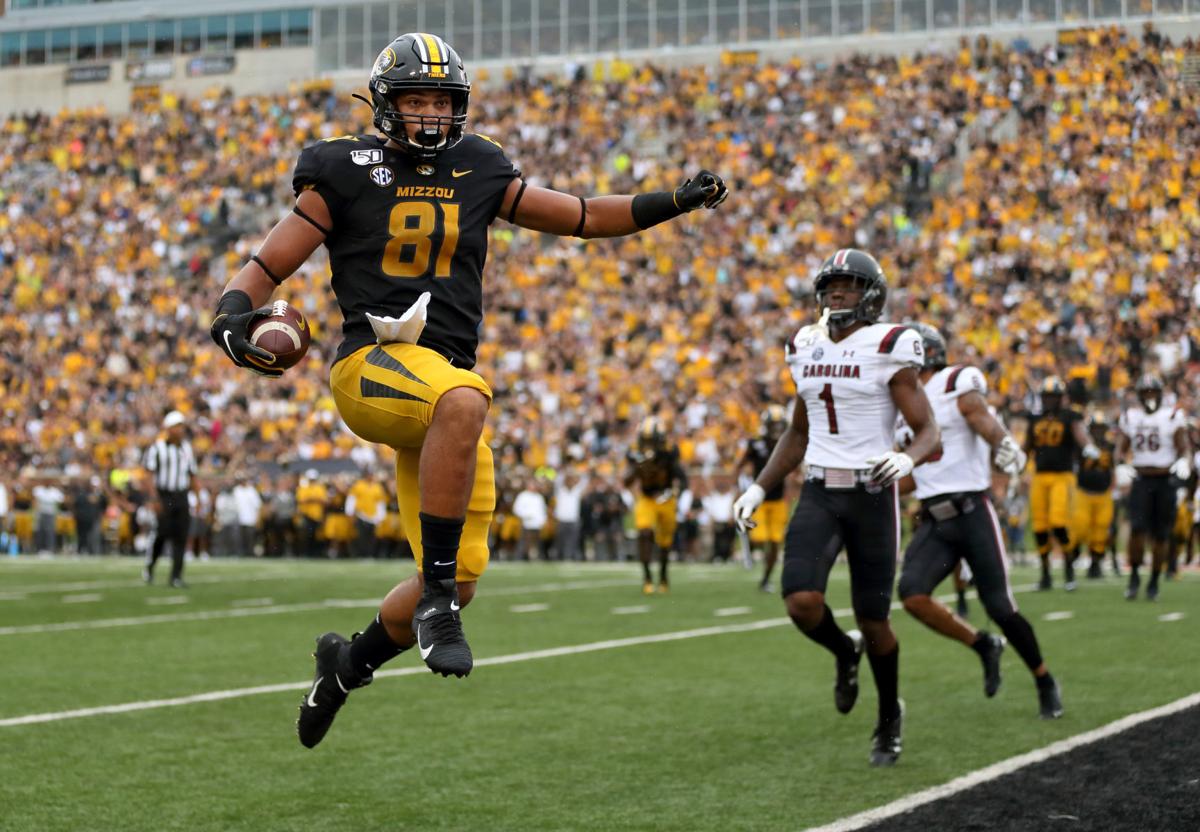 In Dynasty, there are a few different kinds of players. There are the stars that will carry your team, the role players to help you get through a season, the young stars that will become studs, and the stashes that you keep around hoping they’ll deliver. Albert Okweugbunam, or Albert O., is in that latter category.

As you’re looking to put together your team, holding lottery tickets at the end of your bench or on the Taxi Squad, Albert O. is the perfect candidate to grab and stash. Here’s why.

A Weapon for the Broncos

Denver snagged the Missouri tight end in the Fourth Round of the 2020 NFL Draft. On the surface, it seemed an odd pick. The Broncos found a great weapon in Noah Fant, snagging him in the First Round. Fant is the starter and could make the leap to Top 12 in 2020. Behind him, the Broncos have a half a dozen other tight ends on the roster, too. So why grab Albert O.?

Because he’s a weapon, one with a great history of success with Drew Lock, the Broncos spent the off-season building around their second-year quarterback. The team improved the offensive line, drafted receivers Jerry Jeudy and K.J. Hamler, and then snagged Albert O., who was Lock’s college teammate. In 2017, as a freshman, Albert O. caught 29 passes for 415 yards and 11 TDs. He followed that up with 43 receptions for 466 yards and six TDs in Lock’s last year at Missouri. Last year, his third in the program, Albert O. caught 26 passes for 306 yards and six more TDs. In three years, he caught 23 TDs in college.

Reunited and it Feels so Good

Lock was excited about being reunited with his old college teammate, and it’s clear that the selection was part of an effort to surround the franchise quarterback in the making with the weapons he needs to thrive. Albert has such a close connection to Lock he’s even been living in the QB’s old apartment this summer in advance of the season.

And though the Broncos have an entrenched starter in Fant and a logjam at tight end, early moves seem to indicate Albert O. having an inside track to making the roster. The Broncos just last week released veteran Jeff Heuerman, who figured to be one of the players who’d block Albert’s path to snaps. But that’s not the only reason for optimism.

The Broncos made a change this off-season, hiring Pat Shurmur to run the team’s offense. And Shurmur’s system is nothing if not tight end friendly. Last season, as Head Coach and offensive architect for the New York Giants, Shurmur’s scheme saw Evan Engram get targeted 68 times in only eight games. Rhett Ellison saw 28 targets, and Kaden Smith saw 42 targets. That’s a lot of targets for the tight end position.

That’s been true of Shurmur’s schemes throughout his career. As offensive coordinator for the Minnesota Vikings in 2016 and 2017, he heavily featured veteran Kyle Rudolph. Rudolph saw 81 targets in 2017 and 132 targets in 2016. The heavy targeting of a featured tight end is good news for Fant, who figures to be the starter and primary weapon at the position, but how does it impact Albert O.?

And in both years, Shurmur’s system supported two tight ends while getting several receivers and backs involved. Considering the diversity of talent and weapons the Broncos have put in place, that’s still good news for fans of Albert O.

Albert O. was an interesting pick, but his history with Lock and talent for scoring should pique the interest of fantasy owners. Fant is the starter and a good one, and the team is likely to keep veteran Nick Vannett on the roster, too. But while Vannett is more of a blocker, Albert O. figures to be a weapon, especially near the goal line. He would also seem a more likely candidate for increased targets should Fant miss time.

While Albert O. shouldn’t be drafted as a starter in 2020, he’s an intriguing stash in leagues. Tight end is a difficult position with a seemingly low threshold for fantasy relevance. A player with 23 college touchdowns in three years, including 17 in two years with his current NFL quarterback taken in the fourth round, is worth taking and holding if you have the roster space. He might surprise some people beginning as early as 2020.

You can find more from Matthew Fox on Twitter or as co-host of the Fantasy Football Roundtable Podcast, part of the Drive-In Podcast Network.