Tight end premium is making the push in populatiry. @FFEvanlution! helps you make TEP work for you. 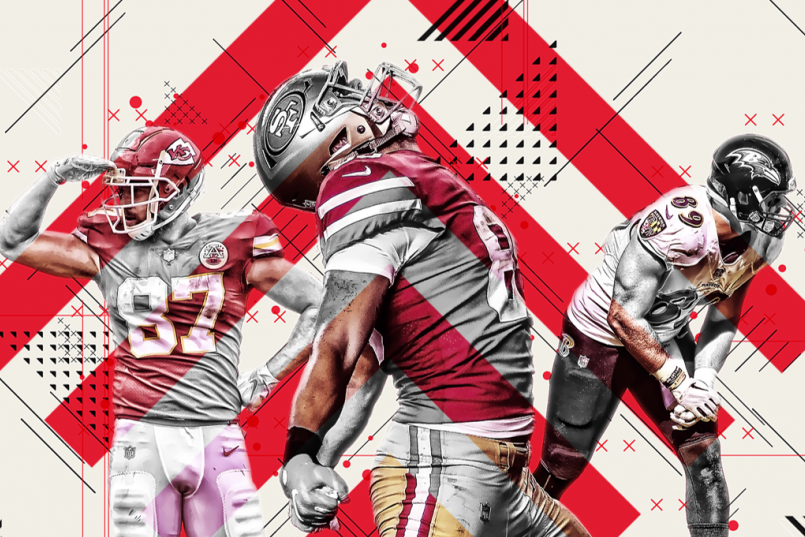 Welcome to the Machine

Welcome to the Dynasty Deep Dive (yes, I do enjoy a bit of alliteration), a series that will break down a variety of topics to try and give you an advantage in your quest for the ship! I don’t know about you, but one of my favorite parts of dynasty fantasy football is the year-round element of being the “GM” of my franchise. I enjoy navigating a course toward the long-term domination of my league mates with absolutely NO offseason. When to trade for a player, how much to pay, when to finally drop a player. Monitoring free agency, studying incoming rookies, and trying to get ahead of the curve on changes happening around the NFL are equally time-consuming and delightful.

Simply put, I am in love with the process. I love the strategy. I love the research. I love the trade negotiations. I love the drafts, the smack talk, and I assume that you still share this same passion if you are still reading. I prefer the word “passion” as opposed to “addiction,” which sounds better, maybe not entirely accurate, but certainly sounds better. Hopefully, through these articles, I can give you some food for thought, some practical and actionable advice that can lead to a competitive edge in your leagues and even entertain you a bit. At the same time, you keep grinding, keep hustling, and keep getting better! I believe the living legend said it best.

“I don’t want to just revolve, I want to EVOLVE.”

In this session, we will be focusing on a recent change that I am noticing in the NFL around tight end usage and the overall impacts it could have on your fantasy team. I think this info will be MOST useful to those of us playing in either:

FULL DISCLOSURE: before we go too far into the weeds here, I must admit I am an unapologetic TE enthusiast. So, it brings me great joy to tell you TE’S DO MATTER! Sorry for yelling, let’s carry on.

The focal point of this article is to highlight the increase in 12 personnel sets being run across the NFL over the last two seasons and why that matters to us in dynasty.

If you aren’t 100% sure what a 12 personnel set IS, then here is a handy dandy diagram for you that our very own JWACK (@JaredWackerlyFF) very helpfully shared recently on Twitter.

In short, I am referring to a 2 TE set. This formation happens to be the 2nd most utilized personnel set in the NFL; behind only the 11 personnel or 1 TE and 3 WR set.

If you want to go even further and look at JUST passing plays (where it is more beneficial for our fantasy point scoring TE’s) the numbers are still positive:

(The red zone targets may not sound like much, but it is an increase of around 10%. Remember, increased opportunity = potential for increased production.)

To sum up, not only are 2 TE’s on the field more across the league, but they are starting to get more targets as well!!! These are all league-wide stats we have been discussing. The implications get even juicier if you start breaking it down to the individual team level and their specific usage of TEs. This article is a very brief overview of a reasonably small sample size (2 seasons) to share with you what I believe is a growing trend in the NFL of moving towards utilizing 2 TE sets on a more consistent basis.

So what does any of this mean practically for your dynasty teams? Here are some of my key takeaways:

1. We need to start shifting how we think about TEs in the league. NFL franchises are NOT the 1986 classic Highlander, so we need to stop thinking THERE CAN BE ONLY ONE! In fact, I think this is becoming less and less true across the league, as the data seems to suggest. We all know Philly has a potent 1-2 punch of Ertz and Goedert, but it doesn’t end there. You can see several teams with more than one fantasy-relevant TE already: Minnesota, LA (Rams), Cleveland, Baltimore, Las Vegas, Houston….you buyin’ what I’m sellin’ yet? Let’s face it, we all want a Kittle or a Kelce on the squad, but unless you drafted them in a startup, chances are they will cost you an arm and a leg to buy, and that really “Ertz” your team (see what I did there? #SorryNotSorry). Maybe this isn’t the only option, though!

2. Because it is not a “sexy” position to most fantasy managers, you can get some decent to great bargains in drafts or trades if you are willing to look past the name value and focus on the potential. Most of your league mates are far more enamored with the siren song of a whimsical 8th-year breakout for their favorite never-was WR than the pragmatic approach of an up and coming TE that could actually contribute to their team week in and week out. USE THAT! If you take the recent rookie class as an example, most managers seem to be fading Albert Okwuegbunam, Harrison Bryant, and especially Cole Kmet for going to quote-unquote “crowded” backfields. However, we can begin to leverage this mainstream mindset to our advantage and get some seriously cheap deals on potentially valuable assets when we look at the data we just talked about and factor in things like:

5. Cole is the only one of the 346 TE’s in Chicago not to be either recently injured, perennially underwhelming or simply waaaaaaaay past their prime (yes I’m looking at you, Jimmy Graham.)

6. Finally, a good idea might be to try and target a few of the “pre-breakout” TE’s as players at this position do traditionally take a couple of years to make a substantial impact on the league. Jordan Akins, Kahale Warring, Josh Oliver, Dawson Knox, Kaden Smith, and Foster Moreau are just a few names to consider. Some of these guys are practically free and potentially on waiver wires, depending on your league size and savvy. (Just saw Jordan Akins go in the 51st round of a recent 16 team SuperFlex IDP startup draft. Let that sink in! Over 800 players were drafted before him….including players like Josh Doctson and Rex Burkhead. REX BURKHEAD people.) The point of this is that you aren’t paying much if anything for a lot of these guys. So if I can turn a Josh Doctson into a Jordan Akins + or get one of these guys thrown into a deal then sign me up all day long and twice on Sundays! If you snag a pre-breakout TE for literally nothing, then flip them for a 2nd or 3rd round rookie pick once they pick up a bit of steam, then you are making the right type of moves to start building your very own Patriots-Esque empire!!! *insert evil laugh

I could ramble on for ages about TE’s (and tbh I might do so in the future, so consider yourself warned!). Hopefully, this has got you thinking and possibly re-assessing some options you may have on the waiver wire, in your rookie drafts, or during those spicy late-night trade negotiations.

Hit me up on Twitter if you want to chat about any of these heroes or just fancy a bit of dynasty banter @FFEvanlution!

The Best Strategy for Committee Backfields
When to Go All In