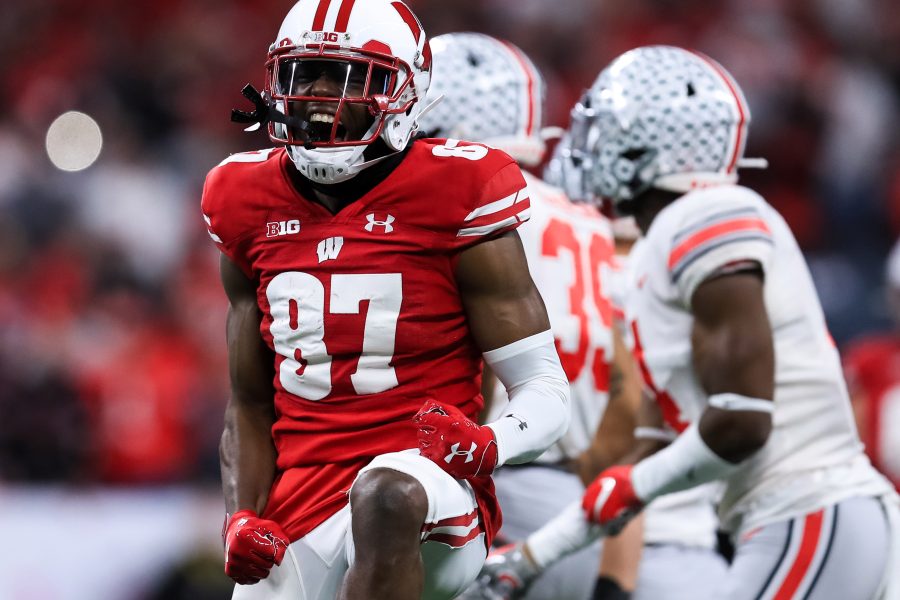 As we near the 2020 season, it’s time to look for the kind of value that can help push you over-the-top in your leagues. One of those is rookie Quintez Cephus, who is practically free and yet has a short path to potential targets and relevance. Cephus is currently going at pick 358, meaning he’s basically free. But is he worth a stash? Let’s consider his situation.

When you think Lions’ pass offense, the first name that comes to mind is Kenny Golladay. The clear top receiver for the Lions, Golladay drew 116 targets last year and figures to be atop the pecking order again. Behind him is Marvin Jones, the veteran starter who had 91 targets and 62 receptions in just 13 games. And that was all with Matthew Stafford only playing eight games, leading to a bit of a decline in the passing game. But beyond the top two, the depth chart is unsettled.

Last year the Lions leaned heavily on Danny Amendola, the veteran who has been a weapon for the Rams, Patriots, and Dolphins in the past. In his first season with the Lions, Amendola played in 15 games, drawing 97 targets for 62 receptions, 678 yards, and a touchdown. He figures to be a top option to slot in as the third receiver again.

Beyond that, the Lions did little to add to their receiver group. The team signed Geronimo Allison, who previously played with the Green Bay Packers. He was one of the 67 players who opted out due to COVID-19 concerns. Aside from that, the Lions have three other receivers on the roster—Geremy Davis, Victor Bolden, Jr., and Marvin Hall, who saw 11 targets and seven receptions for 261 yards and a TD in 2019.

The Lions grabbed Cephus with their Fifth-Round pick, indicating they liked his talent and possible opportunity with the team. In three years with Wisconsin, Cephus made his mark. As a sophomore, he caught 30 passes for 501 yards and six TDs. As a junior in 2019, he caught 59 passes for 901 yards and seven TDs. That makes him an intriguing option in the Lions’ receiver room, a room that’s about to become less crowded.

Jones is in the final year of a five-year contract. Amendola is in the final year of his deal with the Lions, too. Meanwhile, Allison signed a one-year deal that moves to 2021 after his opt-out. Allison’s contract is just over $1 million, but the lack of cash and years doesn’t scream commitment. So, heading into 2021, the Lions could have a huge opening at receiver, with Cephus already having a year in the system.

The team saw 42 vacated targets when J.D. McKissic left for Washington and 28 from tight end Logan Thomas, who also went to Washington. The expectation would be second-year tight end T.J. Hockenson, who was limited to 12 games in 2019, would pick up some while second round pick D’Andre Swift, running back out of Georgia, will contribute in the passing game as well. But the bigger opportunity for Cephus in 2020 might be filling in for Jones or Amendola.

Cephus is an interesting prospect with limited competition blocking his path, yet he’s largely going free or undrafted. With two possible receivers in front of him on expiring contracts, and both having missed time in recent years due to injury, Cephus has a decent shot at targets in 2020 and a meaningful roll in 2021.

The Lions have a strong pass offense. Despite playing in only eight games, Stafford threw 291 times and finished as QB29. With a full year, the pass offense could be capable of putting up even bigger numbers in 2020. The Lions have also built a young core with Golladay, Hockenson, and Swift. Veterans like Jones and Amendola will help them compete in 2020. Cephus is in a great position to be part of that attack now and in the future, making him an ideal stash in dynasty.

You can find more from Matthew Fox on Twitter @knighthawk7734 or as co-host of the Fantasy Football Roundtable Podcast.