The endless search for value continues as @ReflipeWThenuz sifts through the trash to examine Breshad Perriman and his fit in Motown. 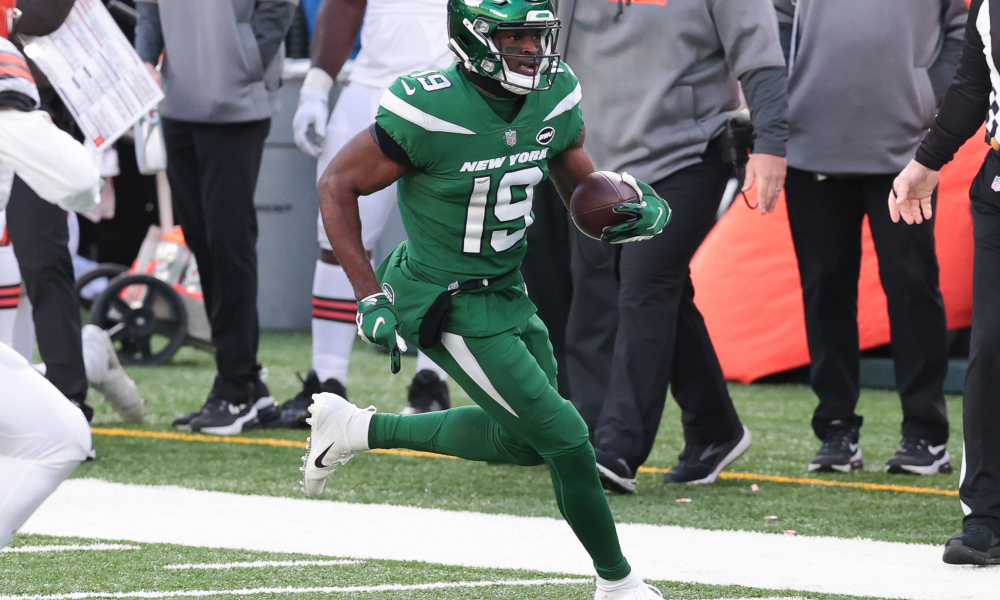 In life, there are few things better than literally getting something of value for free. Sometimes, these items of value happen to be discarded by others unwilling to see the value they hold. In dynasty fantasy football, every so often, I like to examine a player and highlight his particular situation, exploring why I feel they are being unjustly overlooked. Sometimes it has worked out, and sometimes it hasn’t. Last season I was one of the first analysts high on Logan Thomas, who was a hit. Two seasons ago, it was Albert Wilson, a miss. The one thing in common is neither of these players cost a whole hell of a lot, and both had an opportunity to contribute to your dynasty squads. This season I would like to take a look at new Detroit Lions WR Breshad Perriman. Without further ado, let us examine this former first-round pick.

Heading into the 2021 season, the Detroit Lions will be in the first season of a massive rebuild effort. They have a new GM, Coach, and Quarterback, to name a few parts. They will also boast a completely new WR room. The Lions allowed their top 3 2020 targets to walk in free agency. Kenny Golladay, Marvin Jones, and Danny Amendola all found their way out of Motown. In total, the team has 313 vacated targets. This is by far the largest number in the entire league.

The team has begun to rebuild its depth by signing a pair of veterans, Tyrell Williams and Breshad Perriman. These two players will surely be joined by a couple of rookies. Perriman, in particular, provides a nice rehab project for the Lions brass. He has blood ties to the Blue and Silver. His father, Brett Perriman, spent most of his ten-year career with the Lions, including a pair of 1,000-yard campaigns both in his late 20’s. Perhaps his son will enjoy the same type of late-career boom.

Perhaps the most important connection between the Lions and Perriman is the coaching staff. Lion’s WR coach Antwaan Randle El was also on the coaching staff for the Tampa Bay Buccaneers during Perriman’s best offensive season. The coach has a connection with the player and should have a good idea how to utilize the former first-round pick properly. His familiarity will certainly aid and assist in making the transition as smooth as possible.

Breshad Perriman is a former first-round pick. He was selected as the 26th overall player in the 2015 NFL draft by the Baltimore Ravens. One of the first things you will notice about Perriman is that he is a big guy, coming in at 6’2 212lbs. Ozzie Newsome and the Ravens brass also saw him as an elite level deep threat after blazing a lightning-quick reported 4.24 40 time at his pro day. You can see his draft profile below.

Perriman came to Baltimore out of the University of Central Florida. He was a significant piece of what was at the time the best team in school history. He played a pivotal role in the team’s BCS victory over Baylor when he scored on a ten yard TD late in the third quarter. Perriman was the first WR selected in the first round out of UCF since Brandon Marshall in 2006.

Perriman’s time in Baltimore was plagued by injury and ineffectiveness. He missed his entire rookie season as the result of injury. When he returned, he repeatedly flashed the ability that made him an early draft pick during summer sessions, but he could never put it all together for any length of time on Sundays. It eventually got so bad that he was released prior to his fourth year with the Ravens despite having a fully guaranteed contract. Over the course of his three years in the Charm City, he started a grand total of four games and left a stat line of 43/576/3.

After being picked up and dropped by the Washington Football Team within the span of a week, he was eventually brought in by the Cleveland Browns. During his brief stint on the shores of Lake Erie, he began to put his career back together. Perriman flashed the big-play speed and ability that got him drafted in the first place. You can see a couple of his longer TD receptions below.

DANGEROUS! What a toss by Baker Mayfield to Breshad Perriman for the 31 yard touchdown on the #Browns opening drive. #CLEvsDEN pic.twitter.com/vC27i5Rl0m

Following Cleveland’s massive trade that landed Odell Beckham Jr., Perriman no longer felt needed in Cleveland. He eventually made his way to Tampa.

It was during his single season in Tampa that Perriman finally showed the kind of talent he had. Largely due to injuries ahead of him on the depth chart, he exploded down the stretch. Over the final five games of the season, the former 1st round pick put up a 25/506/5 stat line. He was nothing short of a revelation to dynasty owners who had the guts to put him into their lineups. Perriman routinely used his elite speed to shred defenders. He also seemingly developed a much better mental approach to the game, making concentration catches and several other savvy veteran moves, some of which you can see below.

Last season Perriman took his talents to the Big Apple as he played for the Jets. During his one season in East Rutherford, his old injury bugaboo reared its ugly head. Perriman was forced to miss a considerable amount of game time. In addition to his issues, he had to deal with multiple injuries to his QB’s. His stat line suffered as a result of these issues. However, on occasion, he still flashed the underlying talent that made him a first-round pick, as you can see in the plays below.

If you told a #Ravens fan three years ago that Joe Flacco would pass Joe Montana for 20th on the NFL’s all-time passing yards list by connecting with Breshad Perriman on a 50-yard bomb…in a Jets uniform…on primetime…pic.twitter.com/PsCx1FNTBX

Many in the Dynasty community have already written off Jared Goff. This past offseason, the former no.1 overall pick was unceremoniously dumped by the team he took to the Super Bowl just a few short years ago. Many seem to have forgotten just how good a QB Goff can be when surrounded by the proper tools. Sure, he will not be able to run around like Mike Vick, Lamar Jackson, or Josh Allen. But, he can still stand in the pocket and deliver a beautiful ball to his playmakers.

Brandin Cooks is certainly a well-traveled WR in the NFL. He is an amazing deep ball playmaker. His best season in terms of yards didn’t come with Drew Brees or Tom Brady. It didn’t even come with Deshaun Watson. It came with Jared Goff. While I am certainly not attempting to argue that Perriman is Brandin Cooks, he does possess the same elite speed. He can easily get on top of defensive backs who don’t possess 4.3 speed. His QB has proven that he can use multiple different types of playmakers supporting at one time three different 1,000-yard pass catchers in the same year. The cards may finally be aligning for Breshad to improve on his career numbers which you see below.

Perriman may have finally found himself at the perfect intersection of talent, need, and fit. He has the talent to make plays with his speed and improved hands. His team will unquestionably need him to help take pressure off of a running game that is likely to face stacked boxes all season.

Finally, Perriman has a desire to succeed for the team he grew up watching. These factors, combined with his familiarity with new position coach Antwaan Randle El make Breshad Perriman an excellent end of the bench type player. Perhaps the cards finally alight for Perriman, and he puts up a late-career breakout year reminiscent of Kenny Britt’s 2016 campaign with the Rams. One thing we know for sure is that the cost to acquire him will not be much, if anything at all. Go ahead and give it a look. He may even be on your waiver wire. As they say, one man’s trash is another man’s treasure.

Thank you for reading this article! Please be sure to join the #Nerdherd, so you don’t miss out on any of the amazing things we have to offer Dynastynerds.com. You will get rankings, extra podcasts, and access to our rookie film room. For just a couple bucks more, you can get access to our revolutionary DynastyGM tool. So much for so little, why miss out on all the fun. Follow me @ReflipeWThenuz for more dynasty content and other musings.