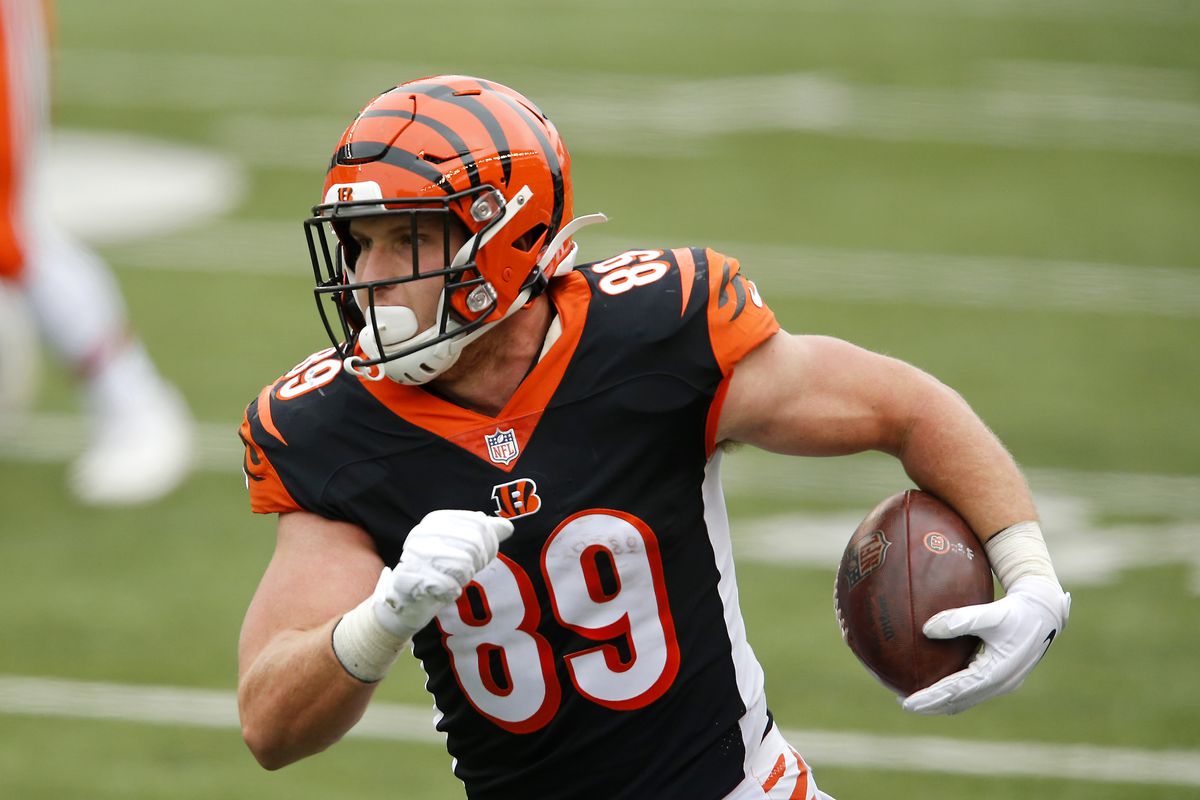 The best part of dynasty fantasy football is watching players on your bench develop into reliable starters. The differentiating factor between dynasty and redraft is the deep benches and taxi spots where we watch our draft picks and waiver wire players develop.

Each and every season, I like to scan the dynasty landscape for players who are being criminally overlooked and undervalued. Sometimes it works out, and sometimes it doesn’t. However, as long as the players are cheap, the potential reward is always worth the risk. Last season I scored an absolute hit when I wrote a piece advising you to go out and acquire Logan Thomas. The season before, I missed on Albert Wilson. Hits and misses are the nature of the beast. One thing is clear, if you don’t take a swing, you will never get a hit. One of the players I have identified this season is Cincinnati TE Drew Sample. Without further ado, let us take a look at this young playmaker.

Drew Sample was one of the biggest surprises of the 2019 NFL draft. The former Washington Husky wasn’t the highest regarded prospect in the class. Many in the draft community had him graded as a late-round prospect. However, as they say, one man’s trash is another man’s treasure. The Cincinnati Bengals shocked the NFL community when they took Sample in the second round. Drew doesn’t possess a wow trait. There is no blazing 40 time, no amazing catch radius, no outstanding college production. However, he also doesn’t have any glaring holes. He is literally solid in every measurable area, as you can see from his measurements below.

Drew immediately saw action as a rookie. His acumen as a blocker was his ticket to early game action. While he didn’t make an impact on your fantasy team he did help the Cincinnati offense. Coming into 2020 Sample saw his opportunities spike with an injury to fellow TE CJ Uzomah. As a result his numbers saw an exponential increase as you will note below.

After showing nice development from his rookie to sophomore season, Drew Sample is in line for an even bigger role heading into 2021. It typically takes 3 to 4 years at a minimum for TEs to fully acclimate to the NFL game. Drew is on the proper trajectory to continue his development and turn into a reliable dynasty asset.

The Bengals have lauded their third year TE for his development and dedication as a player. As with last season, there is very little competition on the depth chart. You have Uzomah returning from a devastating injury last season. You also have Mr. Overrated himself, Thaddeus Moss. The former undrafted free agent failed to latch on in Washington after Being beaten out by a former QB Logan Thomas. Moss has received an amazing amount of hype for a player with little more than a 4 to 5 game stretch in college.

The Bengals offense is trending up on the whole. The team drafted the phenomenal WR talent Ja’Marr Chase to pair with last season’s dynamic playmaker Tee Higgins and Tyler Boyd. Second-year superstar QB Joe Burrow and all-pro caliber RB Joe Mixon are also returning to the team. The front office also sought to upgrade the offensive line through both the draft and free agency. Simply put, the Bengals should be considerably better on the offensive side of the ball in 2021.

It is easy to imagine how much coverage Drew Sample will see with the plethora of weapons the Bengals bring to the table. Sample will likely find himself running wide open across the middle of the field in the Queen City. Throughout his college and young professional career, Joe Burrow has shown the ability to distribute the ball to the open playmakers. Heading into his third season, Drew Sample has displayed amazing development in every area of his game. He was already an elite blocker coming into the NFL. I believe that his abilities as a playmaker have begun to blossom as well. You can see his sophomore highlights below.

After getting only one target in week one Drew Sample was targeted nine times Thursday night – he finished tied with a game high seven catches, including this highlight reel grab: pic.twitter.com/50JI0c6cZx

As the title of this article indicates, Drew Sample is dirt cheap. I can think of no starting TE who combines draft pedigree, playmaking development, and opportunity yet is so cheap to acquire. I just drafted him in the 24th round of a startup! In our very own Dynasty Nerds ppr rankings, he sits at TE33. The 224th ranked player. Sign me up for this price in a TE premium league all day, every day. As a matter of fact, go out and check your waiver wire. I have no doubt that he is a free agent in some of your leagues.

Let me be clear in summary. I do not think that Drew Sample is going to be a TE1 in 2021. However, that does not mean that he is without value. To be honest, there are only a handful of true difference-making players at the position. This doesn’t mean that Sample cannot play a valuable role on your squads. Players like Logan Thomas, Gary Barnidge, and Dalton Shultz have emerged from worse situations with less pedigree and put up TE1 campaigns. I am looking to acquire Drew Sample in all of my TE premium leagues. I suggest you do the same. At his cheap price, what do you have to lose?

Thank you for reading this article! Please be sure to join the #Nerdherd, so you don’t miss out on any of the amazing things we have to offer at Dynastynerds.com. You will get rankings, extra podcasts, and access to our rookie film room. For just a couple of bucks more, you can get access to our revolutionary DynastyGM tool. So much for so little, why miss out on all the fun. Follow me @ReflipeWThenuz for more dynasty content and other musings.