Logan Thomas might be the cheapest starting TE in your league. In fact, he is probably sitting on your waiver wire right now. @ReflipeWThenuz breaks down the player and his situation. Could he be the next Darren Waller??? 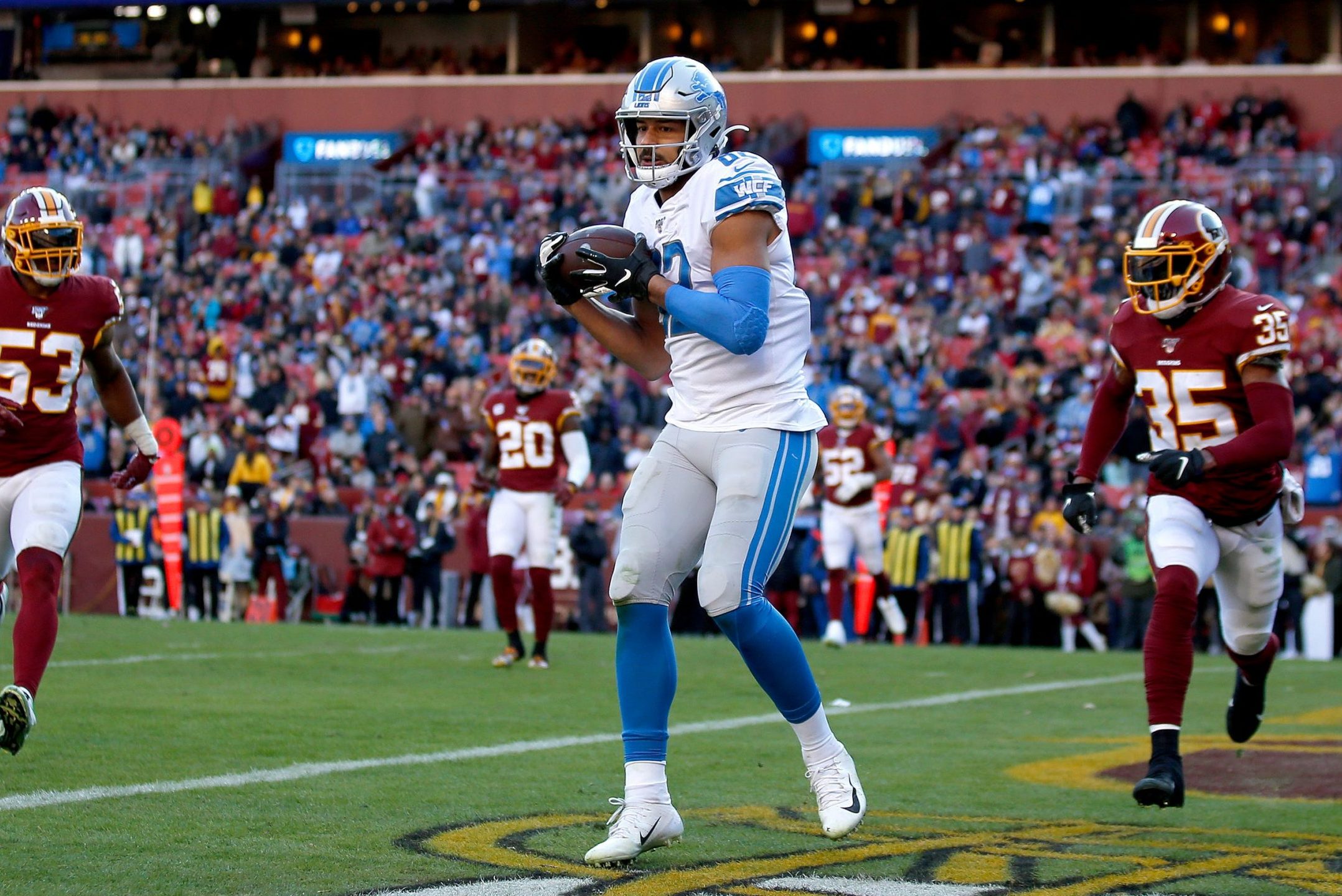 According to the experts, the Washington Redskins were supposed to address the TE position before the 2020 season. There was a little buzz when the team brought in the son of Hall of Fame WR Randy Moss. However, in my opinion, the team had already signed another player to fill that same role. His name is Logan Thomas. Yes, the very same Logan Thomas, who was drafted by the Arizona Cardinals all those years ago to play QB. His career has taken a long and surreptitious road to this very moment. He is one the cusp of nailing down a starting spot in the NFL. Without further ado, let us examine this player who is likely sitting on your waiver wire as you read this today.

As I stated above, Logan Thomas came into the NFL as a QB. The Arizona Cardinals Thomas picked the 6’6″ 248 pounder in the 4th round of the 2014 NFL draft. During his entire stay with the Cardinals, Thomas only completed one single pass on nine attempts. It was a memorable one, though, as Cardinals RB Andre Ellington took it 81 yards for a TD. His limitations at QB soon became apparent. He only lasted a single season in Arizona before bouncing around with the Dolphins, Giants, and Lions. Eventually deciding to change positions with the Buffalo Bills.

One of the last mobile QB’s to come through Virginia Tech under former Head Coach Frank Beamer. Thomas is certainly a talented athlete, you can see his combine breakdown chart below.

Despite Thomas coming out as a QB, you will notice that MockDraftable.com compared his measurements with TEs for our benefits. It’s pretty shocking when you see that the highest percentage comparable player is Rob Gronkowski. Let’s not get ahead of ourselves. Thomas might not be the second coming of the great TEs or anything like that. However, it does give us a glimmer of hope that after four years of transitioning to the TE position, perhaps Thomas can make a late-career jump. Similar to Delanie Walker or Darren Waller.

Over the past three seasons, two with the Bills and one with the Lions, Logan Thomas has made incremental progress in his technique as an NFL TE. His blocking and receiving have steadily improved. You can see his career stats below.

The Detroit Lions eventually chose to bring Thomas back as a TE for the 2019 season. Head coach Matt Patricia knows a thing or two about good TE play. Patricia watched future Hall of Famer Rob Gronkowski all those years in New England. As mentioned, this was an interesting fit since Thomas was previously on the team as a QB. They were sufficiently impressed with his development throughout his time with the Buffalo Bills at the TE position. When they signed him last year, they put out the cutup film below, highlighting for their fans the type of player they were bringing in.

Logan Thomas has developed as a receiver. In the play below, he displays his athleticism and concentration as he makes sure to secure the ball and get both feet in bounds while maintaining possession of the ball. It was a beautiful play along the boundary for the converted QB.

Matt Stafford was sharp on the first drive. Forced Marvin Jones to make a diving catch that probably wasn’t necessary early on, but was mostly on target and on time. Nice ball to Logan Thomas on the sideline to set up for a TD a few plays later. pic.twitter.com/G0owmP0XTY

Last season while with the Lions, Logan Thomas just happened to catch his loan TD while playing against the Washington Redskins. On the play, he displayed his speed and athleticism, getting in behind the defender before securing the pass. Perhaps it was this play that convinced the new staff to bring in the former Virginia Tech Alum. Whether it was that play or another, below, you can see the highlight package that the Redskins social media team put together when they signed Thomas to his contract.

Heading into the 2020 season, the Washington Redskins have the most wide-open TE room in the entire NFL. This was the reason that led the top undrafted TE in the 2020 class, Thaddeus Moss, to sign with them. The old mainstays of the past, Jordan Reed and Vernon Davis were let go in the off-season, taking with them a whole bushel of targets over the past several seasons.

As I mentioned in the opening paragraph, many analysts had the Redskins pegged as a top destination for a rookie or high-end free agent. However, the undrafted rookie Moss represented the haul from the draft. Logan Thomas and his two year $6,145,000 contract as the big free-agent acquisition. Thomas’ deal included a $2,250,000 signing bonus and $1,250,000 base salary. That is certainly not the league minimum for the converted QB.

2020 will be the first year for Redskins OC Scott Turner. We only have the briefest of previews of Scott’s playcalling. What we have seen can be gleaned from his short stint as the interim OC in Carolina last year following the firing of Head Coach Ron Rivera in December. During that short span, Ian Thomas and Greg Olson remained a vital part of the passing game.

Scott Turner is likely to run a version of his father’s offensive scheme. His father, Norv Turner, is one of the better known offensive minds in the league over the past few decades. A student of famed Charger’s HC Don Coryell and his up-tempo passing attack, Norv Turner has heavily featured the TE position throughout his career. From Kellen Winslow, Antonio Gates, Greg Olsen, and everybody in between, The Turner branch of the Air Coryell system peppers the TEs with targets and TDs.

The Redskins find themselves as one of the thinnest teams at the WR position as well. Outside of last year’s surprise rookie sensation Terry McLaurin, there is not much established talent for sophomore QB Dwayne Haskins to work with. Being a former QB himself, it doesn’t seem too far outside the realm of possibility that Logan Thomas could establish a rapport with his QB early and become his primary safety blanket underneath and up the seam.

Let me begin the end by saying that I could be totally off on Logan Thomas being a viable fantasy asset for the Redskins. However, it is also true that the team has a wide-open depth chart, and he has the most intriguing athletic profile in the TE room. He is big, fast, and understands the nuances of the game as a former QB. He has spent the last four seasons transitioning to his new position and seems to be on the cusp of snatching his last opportunity to latch on as a key starter for a team.

The best part of it all is that we are dumpster diving here. Logan Thomas is more than likely floating around on your waiver wire. Owned in only 2.96% of MFL leagues, Logan Thomas is virtually free. His head coach has recently called him a tremendous athlete, and his position coach praised his versatility. Only time will tell if Logan Thomas can lock up the starting TE job of his hometown Washington Redskins. The Alexandria native knows that he will not likely get many more chances of this nature, and I am excited to see what he can do with an expanded platform. If you have some space on the end of your bench, particularly in a TE premium league, snatch up Logan Thomas and see how the season begins. After all, one man’s trash can turn into another man’s treasure.