Odell Beckham has landed in Los Angeles! @andy_buckler goes over the impact of Beckham and the Rams pass catchers following the signing. 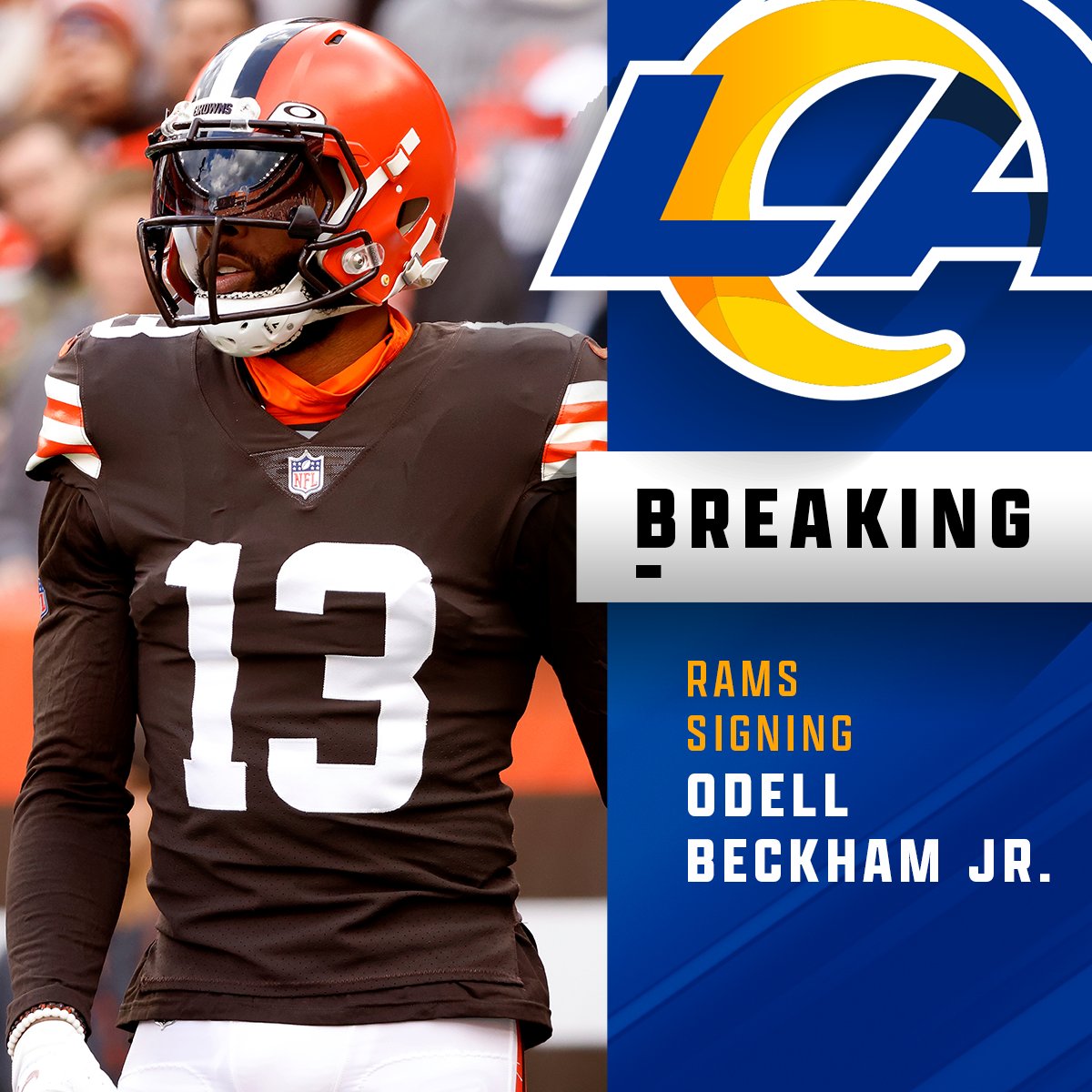 Odell has finally made his decision to sign with a new team. He’s headed to Los Angeles with the surging Rams. What does this mean for his dynasty value as well as his new teammates? Let’s find out!

Odell’s time in Cleveland did not go as planned. In 2021 Beckham appeared in 6 games for the Browns catching 17 passes for 232 yards and 0 touchdowns on 34 targets. Despite the poor numbers Odell has shown he can still play at a high level. He still has the fast-twitch and quickness that allows him to separate consistently. He and Browns QB Baker Mayfield just didn’t mesh well.

Can it be different in Los Angeles? I believe so. The Rams offense led by QB Matt Stafford has been clicking on all cylinders this season. Leading the league in passing yards and second in passing touchdowns. This is the high-powered offense Beckham has been wishing for. He joins a receiving corps that includes Cooper Kupp, Robert Woods, and Van Jefferson. Kupp remains the unquestioned WR1 in the offense but OBJ has a shot to push up to WR2 on the depth chart.

At worst Odell pushes Van Jefferson to WR4 duties and takes over that WR3 role in LA. In that role, Jefferson averaged 5 targets and 48 yards per game. I believe Odell is still a much better player than Jefferson and can demand even more targets. For fantasy, I think Beckham enters WR3 territory with upside for much more. We’ve seen Beckham be one of the five best receivers in all of football from 2014-2017. While it’s unlikely he reaches that level again I wouldn’t rule it out completely. This situation is very similar to Antonio Brown joining a stacked Tampa Bay receiving corps. He was able to revitalize his career, can Odell do the same?

As for Beckham’s value in Dynasty leagues, this most definitely boosts it. We’ll get a good look at what OBJ still has left in the tank over the second half of the season. Hopefully, he shows signs of his old self and can play himself into a new deal elsewhere this off-season. Beckham is just 29 years old and is still in his prime. If a dynasty manager in your league is selling the talented wideout I believe he’s a great buy. I’d offer a ’22 second-round rookie pick to the Beckham manager and see if that can get it done. If you roster Beckham he’s a firm hold.

The biggest loser of the Odell signing is Van Jefferson. Jefferson was enjoying a mini year two breakout posting 27 catches for 433 yards and 3 Touchdowns in nine games. I expect him to move to the WR4 role in the Rams offense. I don’t expect him to be very fantasy relevant for the remainder of the season outside of injury. He still remains a must roster player in dynasty leagues and is a great buy-low. It’s likely the Rams won’t have enough cap to re-sign OBJ this off-season so Jefferson still has a shot to break out next season and beyond.

Dynasty managers finally find out where Beckham will finish out the season. If you’ve held Odell on your dynasty roster for this long you should remain hopeful that he can bounce back and be the receiver we saw early in his career. If you can buy low on Beckham take the shot and add an uber-talented player to your team that can gain value this off-season. Just remember in dynasty we always play the long game!