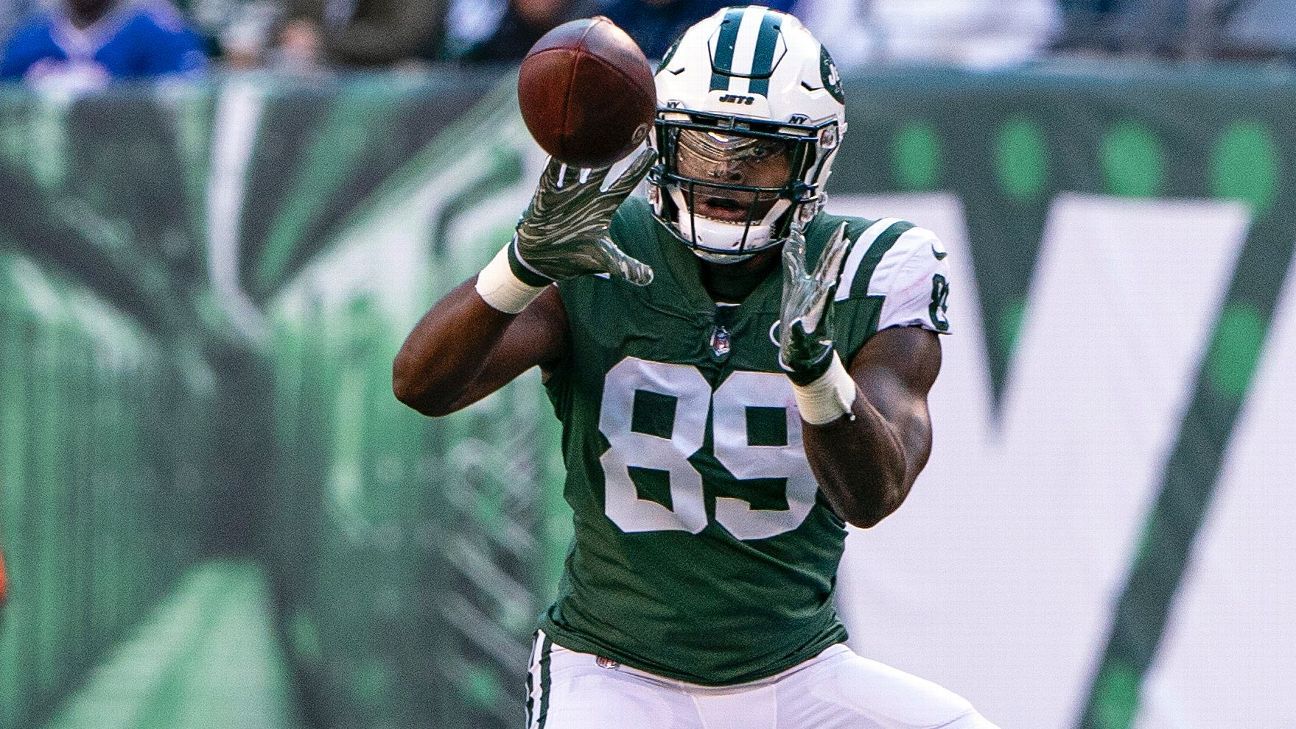 Well, if you were jumping aboard the Herndon hype train, you had to see this one coming. Independent NFL reporter Dov Kleiman has reported the Jets tight-end will be facing a 4-game suspension to start the 2019 season stemming from a DUI back in June of 2018.

Many thought that the suspension would only span two games, however, it is evident that it will not be the case at this point. Herndon had a relatively successful rookie campaign and was a dark horse break-out candidate for the upcoming season. He finished his season with 39 receptions on 56 targets for 502 yards and 4 touchdowns. Young quarterback Sam Darnold seemed to find some comfort while targeting Herndon. He is currently the Dynasty Nerds’ 13th ranked dynasty tight-end.

Herndon was on the verge of becoming fantasy relevant at a position where, quite frankly, there isn’t a lot of relevance. Herndon finished as TE16 in PPR formats in 2018 while averaging 7.1 points per game. Just for some reference, Austin Hooper finished as the TE7 and was averaging 10.2 points per game. There isn’t much difference between a mid-low end TE2 and a mid-level TE1. It’s feasible that Herndon, with a full offseason behind him and another year of Darnold’s confidence and trust, could have made that leap this year.

There is also not a significant receiving threat behind Herndon at the position. 3-year vet Eric Tomlinson, 5-year vet Daniel Brown, and rookie Trevon Wesco have as many games played between them as they do targets. All three are primarily used as ancillary blockers and will offer little as a playmaker from the tight-end position. Herndon, whenever he returns, should be the team’s primary red-zone receiving threat.

Early playing time is crucial for young players, especially tight-ends. Young tight-ends are notorious for taking longer to develop than other positions upon entering the NFL. That’s why there was so much intrigue and excitement surrounding Herndon heading into his second season. The suspension could cause him to be fantasy irrelevant for six or more weeks. When you begin to factor in the suspension plus getting acclimated into the NFL season, it could be week seven or eight before Herndon is providing much value to your dynasty team. Herndon will need those early snaps to integrate himself into an offense featuring Le’veon Bell, Robby Anderson, Quincy Enunwa, Jamison Crowder, and Ty Montgomery. There are quickly becoming a lot of mouths to feed for the Jets and the missed time could drastically affect Herndon’s spot in the pecking order. The final thing to consider is that Adam Gase’s offense has not been historically friendly to sustaining fantasy-relevant tight-ends. Herndon’s target share will most likely be at a minimum due to Gase’s system; he will have to earn every opportunity and target.

Herndon’s upside is still intriguing, but there should definitely be no relying upon his availability or his production upon returning. If you were planning on Herndon being your guy at the tight-end spot this year, you’re most likely already hurting to find a quality starter. Herndon’s dynasty roster status should only be “wait and see”. For most teams, Herndon will be a must stash. His ADP is around 130 right now and that will likely drop so it’s worth taking the late-round flyer if you’ve got a starter and solid backup ahead of him. At best, Herndon should be the 3rd tight-end on your roster with hopes that when he returns he can pick up where he left off in 2018.