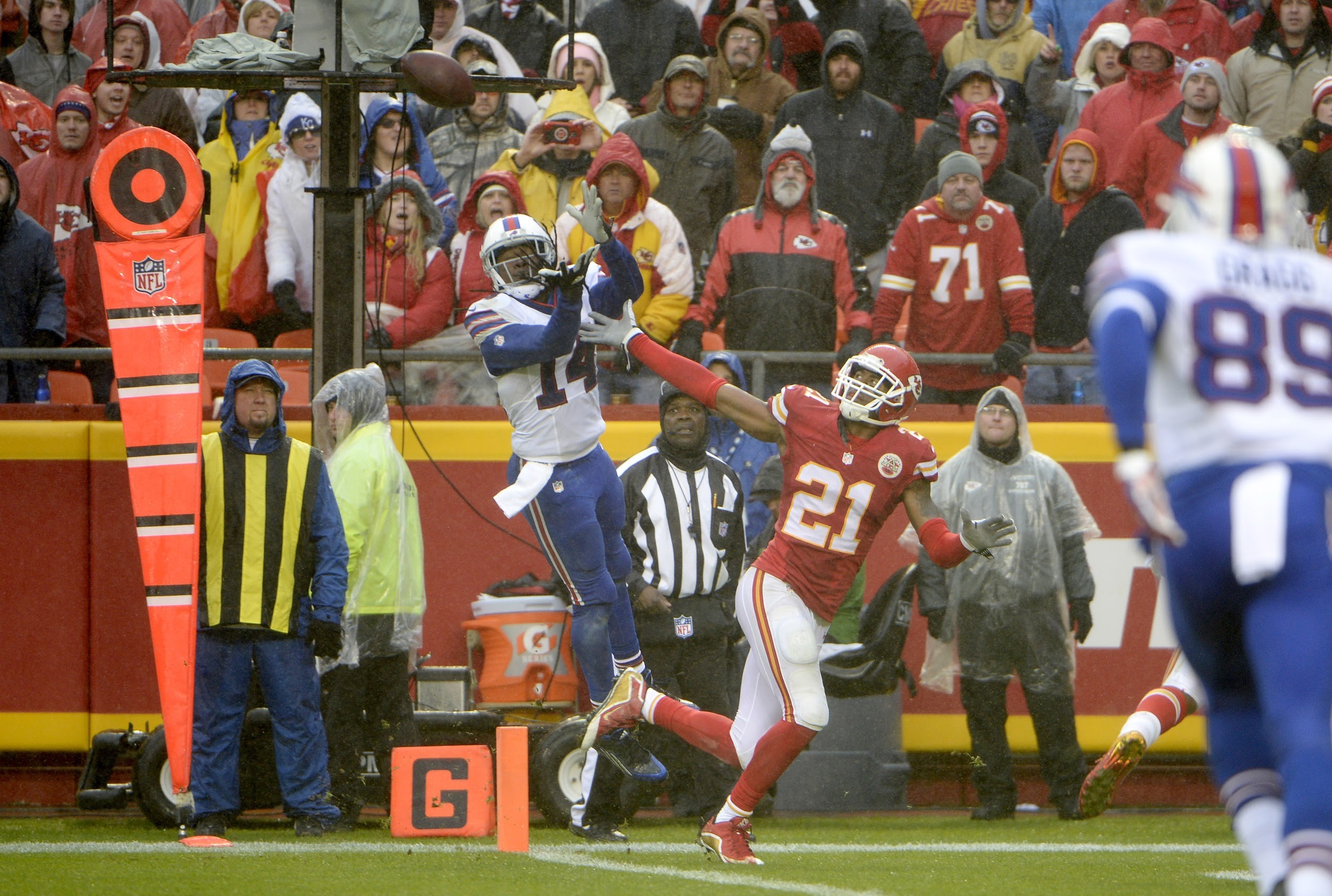 Welcome back Nerds to another instant reaction piece. It doesn’t seem that long ago that we were right here talking about the same topic, that’s because it was less than a year ago when I covered Watkins move to the Rams. This article will piggyback off of that a little bit as I break down the free agent signing of Sammy Watkins to the Chiefs. As free agency begins one of the best WR on the market has found a new home with Watkins signing a three year $48 million deal with $30 million in guaranteed money. Sammy was traded just a year ago from Buffalo to the Rams and heads to the Chiefs just months before his 25th birthday already playing for his third NFL team.

As I covered in the reaction piece when he was traded just before last season Watkins is a polarizing figure and always has been. Watkins was crowned as elite from his high school days before he ever stepped on a football field at the University of Clemson. At this point in his career, Watkins has left a lot to be desired especially for dynasty owners with only one season with over 1,000 yards and never eclipsing more than 65 receptions in a single season. Now Watkins health has the most to do with that as we all know he struggles to stay on the field with his rookie year being the only season he has played in all sixteen games. Watkins heads into the 2018 season two years removed now from having multiple surgeries on his foot while only missing one game last season with the Rams.

I pointed out less than a year ago that I believed 2017 would be a rough season for the dynamic WR as history dictates WR who switch teams regularly struggle in their first season and especially in Watkins situation where he was traded mid-preseason. Watkins stats in 2017 left a lot to be desired with a dynamic Rams offense he seemed to be the forgotten man for most of the season and was thoroughly outperformed by free-agent addition Robert Woods and rookie WR Cooper Kupp. Watkins dynasty value relied on touchdowns as he found the end zone eight times last season but had less than 600 yards receiving. In 12/15 games played Watkins had three catches or less and only had one game of over 100 receiving yards. Sammy was more involved after the week 8 bye catching six of his eight touchdowns in that time. In his defense, it is difficult to get on board with a new offense and new coaches missing all of the training camp including OTA’s. He will come into Chiefs camp as the number one WR and a focal point of the offense which should help him have a much better season in 2018.

It’s fair for many dynasty owners to be frustrated with Watkins after he was such a high pick in the 2014 rookie drafts as well as a top startup pick for years after. As a Sammy truther, I don’t think he’s scratched the surface of just how good he can be. The closest we have seen was his nine-game stretch during the 2015 season where he was targeted 70 times catching 49 passes for 900 yards and 7 touchdowns. The Kansas City Chiefs, in particular, remember this stretch in 2015 the Bills traveled to Arrowhead where Watkins put up a 6/158/2 stat line on them in just the first half putting them on notice. The hope as a dynasty owner is with him finally getting big money and having a true home he will now settle in and find his way. In dynasty we often harp on players for what have you done for me lately and being two years removed from his only 1,000-yard season is the reason why Sammy has somewhat of a dark cloud around him in some dynasty circles. Fact remains that Watkins is a dynamic playmaker who can take the top off a defense as well as create yards over the middle or in the screen game. We are all guilty of buying into the upside of young players sometimes to a fault but we have seen it with Sammy the hype is real the upside is very very real. Often times if you’re unsure on a player look no further than what NFL teams pay them to determine their value. Watkins received what we call WR1 money at $16 million per year which is only $1 million less than Antonio Brown’s annual salary who we all agree is one of if not the most elite wideout in the game. If a team is willing to pay a player this much money they are determined to find ways to get them the ball.

Sammy Watkins joins a Chiefs team coached by Andy Reid that finished 5th in total offense, 7th in passing and 6th in total points. Andy Reid’ history as a coach has proven he is willing to get his playmakers the ball this should be especially important next year as he will be effectively calling plays for a rookie quarterback in Patrick Mahomes. Sitting behind Alex Smith last season Mahomes only saw one game which he started in the season finale where he threw for 284 yards with one interception. In that game, Mahomes showed off his strong arm creating three pass plays over 20+ yards which were the biggest complaint of Smith in his time as the Chiefs starting QB. Mahomes is a natural thrower with a cannon of an arm in his final 25 games he accounted for over 9,700 passing yards and 77 passing touchdowns. The Chiefs offense is going to have all the weapons around Mahomes to give him the chance to succeed quickly with Watkins, Tyreek Hill, Travis Kelce and 2017 NFL leading rusher Kareem Hunt. Albert Wilson who accounted for 42 receptions, 554 yards and 3 touchdowns left in free agency embarrassing to admit those numbers are about what Watkins put up a year ago with the Rams with the exception of touchdowns. The Chiefs offense went from having uncertainty entering 2018 to being one of the most talented units in the league. The combination of Hill and Watkins top end speed will eliminate most if not all single high safety looks from the defense and open up many opportunities for Hunt and Kelce in the run game as well as the play action passing game.The versatility of Hill and Watkins with the combination of Kelce getting one on one matchups over the middle and Kareem Hunt racking up yards should frustrate defenses all season long and reward dynasty owners. 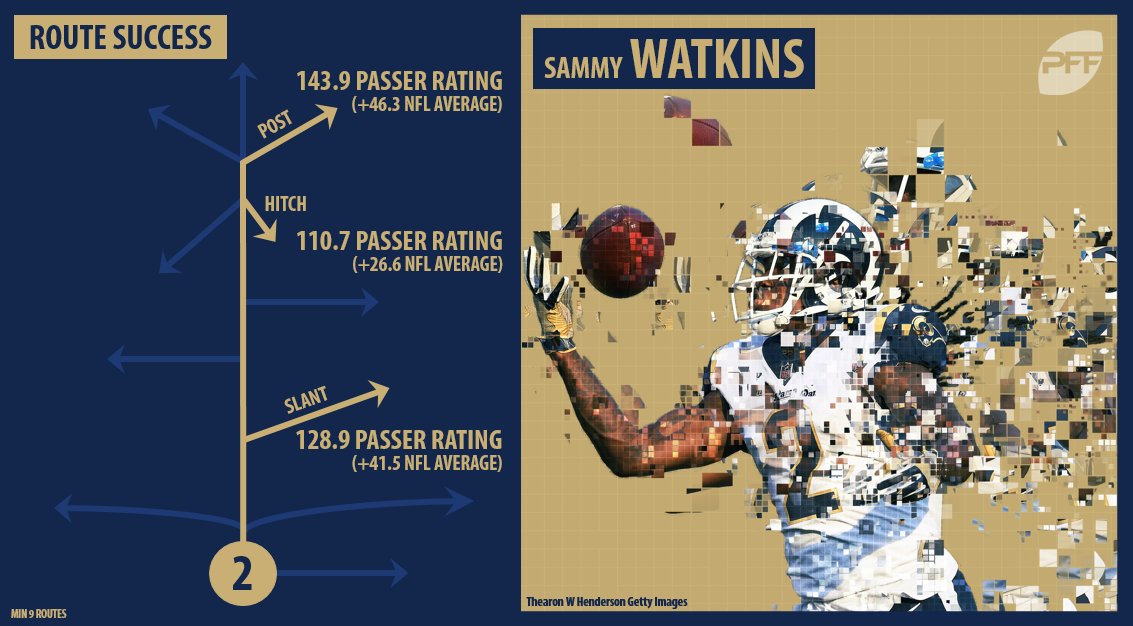 We saw a resurgence and fast growth of Jared Goff last year in Los Angeles and although Mahomes hasn’t really played as much he has a chance to be very good very fast in this offense. The Chiefs are going through a transition period allowing old veteran defensive players to leave and trading away stud CB Marcus Peters they seem to become more of an offensive first team. Going after Watkins in free agency proves they have a pass-first mentality in their plans and are looking to rack up some points in 2018. The argument can be made that much like with the Rams there are a lot of mouths to feed in Kansas City so it’s possible that Watkins could again be the forgotten piece I find this less likely knowing how aggressive the Chiefs were in free agency signing him as their top priority. This contract also proves Watkins is again betting on himself much like WRs are known to do signing a three-year deal in which he will still only be turning 28 when he hits free agency again.

Dynasty League Football currently has Watkins ADP at 42 so he’s going at the back end of the fourth round in startups. There are twenty WRs going ahead of him including his new teammate Tyreek Hill. You can call me crazy or a truther but there isn’t twenty WRs I’m taking ahead of Watkins in dynasty, not a chance. This contract and 2018, in general, is a big year for Watkins and his value in the dynasty community if it doesn’t happen now it never will. Pairing Watkins with Mahomes under Andy Reid should see his value return to what it was when he came into the NFL. This is as good a chance as any for Watkins to put his name back in the mix for WR1 in dynasty with many elite WRs inching closer to age 30 he can prove he is worth all the hype we have all given him. A full offseason and hopefully with a clean bill of health we can see the real Sammy Watkins take the NFL as well as dynasty leagues by storm in 2018.