The offseason is upon us! As such, it’s time to start building for next season. Check out @DynastyJon’s offseason buy lows with rookie fever ramping up! 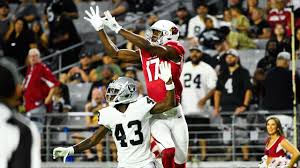 The offseason is here for a large majority of dynasty owners! With rookie fever ramping up and owners looking to build their squads for next season, now is a good time to buy players on the low.

Here’s a list of guys that I’m aiming to buy in the next few weeks before anticipation of their 2020 season begins to rise!

Is Larry Fitz finally going to call it a day? Either way, after Butler’s value, declined when he slid in the draft, then fell further after missing all of 2019, his price is rather cheap at the moment. I loved Butler coming out of Iowa State and that hasn’t changed. In the air-raid offense, opportunity should be rife, and the Cardinals depth chart isn’t deep if Larry is out of the picture. I’m a Christian Kirk fan but they lack any type of aerial, RedZone threat. Damiere Byrd, Pharoh Cooper, and Trent Sherfield are not hurdles to anyone with talent. KeeSean Johnson has fallen out of favor lately and Andy Isabella has made almost no impression in his rookie year. I truly believe the 6’5” wideout will bring an element to the offense that no one else can, which will turn into a rapport with Kyler. I’d be hoping to acquire Butler for a 3rd round pick.

I feel as though opinion on Haskins has soured in 2019 after some less than impressive performances. I don’t feel as though he was given a fair shot by the coaching staff after being dumped into games in awful situations early in the season without any prep. I’m still a believer in the slinger and once they can add some protection and weapons outside of McLaurin, I think he’ll be able to produce on a more consistent basis. I’d be willing to pay a 3rd round pick in 1QB leagues or trying to acquire him for a 2nd round pick in Superflex formats.

This one is short and sweet, but I’ve heard some rumblings of Brady calling it quits or moving to a different location in 2020. If that happens, I want the Belichick QB. There’s every chance they draft a QB or sign a veteran if that comes to fruition, but I’d be willing to gamble on Stidham in Superflex if the price is right….

Sample drew a somewhat incorrect label as a strict blocking TE this season. He was likely a 4th or 5th round pick in 2019 drafts and he hasn’t had an opportunity to raise the price tag yet. With Tyler Eifert hitting free agency, you’d expect the Bengals plan to give their 2nd round pick a longer leash in 2020.

This rings a similar tune to Hakeem Butler, except for the draft capital. The 49ers invested a 3rd round pick into Hurd, but he hasn’t seen the field in 2019. The RB/WR hybrid could provide some size outside in an offense where Deebo and Sanders are shorter than average. Shanahan stated preseason that he planned to use Hurd heavily, all over the field. If that happens, his value will start soaring in 2020 in this explosive offense. I’d be happy to part with a mid to late 3rd round pick for Hurd.

Herndon looked so promising in 2018 and he was producing similarly to the likes of Mark Andrews. 2019 was a bit of a disaster as Herndon was unable to stay healthy. There was also a bit of the Adam Gase effect, with Gase stubbornly keeping him out the lineup when he was healthy. I suspect we’ll see a coaching overhaul in 2020 and I think Herndon will return to fantasy relevance with an eagerness to bounce back. If Darnold can take a year 3 step forward, then Herndon can see some favorable RedZone opportunities.

Tre’Quan looked like a promising field stretcher to off-set Michael Thomas in his 2018 rookie season. 2019 has been an aberration in comparison as he has struggled for the majority of the year with ankle issues. Prior to the season, Tre’Quan was valued around a WR4 or WR5 in most startup drafts and he has since dropped drastically. If he can have a healthy offseason and start 2020 on the right foot, we may see the best out of him.